El Raval Barcelona: What to see and places to visit

El Raval is one of the four neighbourhoods of Barcelona that make up the Ciutat Vella (the Old Town), and it’s the district with the highest population density. A huge amount of its charm comes from the atmosphere that you’ll find in its squares, streets and of course in the La Boqueria market, where the locals from the district, the majority of whom are immigrants, mix with the tourists, which paints a wonderful cosmopolitan and multicultural image of the area.

Origins and a brief history of El Raval

Its origin goes back to the fourteenth century, when King Pedro IV of Aragon ordered the construction of new city walls further away than what was then one of the city’s boundaries, La Rambla. The idea was to devote these new areas to agriculture, and to build some basic services there, such as hospitals, orphanages, buildings to quarantine people with leprosy and care homes, all of which were becoming increasingly in demand. Little by little, the population of El Raval increased, so the agricultural activity was gradually moved to other areas in the outskirts of the city. In the second half of the 18th century the area went through a huge economic boom, during which important factories were established (many of which textiles factories), which led to the area becoming the industrial and economic centre of Barcelona during the 19th century.

ORIGIN OF THE WORLD ‘RAVAL’
‘Raval’ comes from the Arabic word ‘Rahal’, which refers to a property whose land is dedicated to agricultural cultivation, and this was the initial concept behind the creation of the El Raval district.

In spite of being one of the most central, lively and fashionable areas of the city, there are still many tourists, and even Barcelona’s locals, who have only seen some of the main sights and haven’t explored El Raval properly, although this has started to change over the past few years. The reason for the lack of interest in the area is the bad reputation that El Raval has had during much of the 20th century, a time during which walking through the streets was synonymous with litter, prostitution, crime and even danger. It came to be known as Chinatown, as parallels were drawn between El Raval and the Chinese quarters of some cities in America.

Fortunately, El Raval has changed enormously over the past few decades and although the remains of its murky past haven’t completely disappeared, they are certainly not apparent in a neighbourhood in which today you can enjoy history (ancient churches), culture (museums and arts organisations), entertainment (theatres) and leisure (restaurants, bars and cafés) side by side, with total peace of mind.

BUT IS IT A DANGEROUS AREA?
The answer to this question is definitely not, and I’m saying this as someone who has lived in El Raval for over 3 years, and not once have I experienced any problems or uncomfortable situations. Just as in any area of Barcelona, or indeed in any city of the world, there is of course some crime, the most common of which is petty crime and minor thefts. It’s therefore important that you are vigilant with your belongings, but in no way would we say that it’s a dangerous area.

Below we have given you some more detailed information about some of the many places of interest that you will find in El Raval, amongst which the highlights are the Palau Güell, one of Antoni Gaudí’s most interesting works, the ancient church of Sant Pau del Camp, the Museu d’Art Contemporani de Barcelona (Barcelona’s Museum of Contemporary Art, often shortened to MACBA), the site of the Old Hospital de la Santa Creu, and of course the area’s main street, the Rambla de Raval.

With the extensive content in this section we hope to show you the true Raval, to discover new places and offer you a unique viewpoint and a wider knowledge on other places that, perhaps, you already knew. Alongside this section, we suggest you make a guided visit around the area, so that you can get to know its history and development in greater detail and to discover its many hidden charms. At irBarcelona we collaborate with official tourist guides of Barcelona and Catalonia, so that we can offer and manage custom tours in English where you not only see everything that you wanted to see, but also discover the medieval history of the area such as the industrialisation and visit some of the historic buildings.

If you want further information, don’t hesitate to contact us (with no obligation).

If, on the other hand, you’d rather discover El Raval in your own time, we do recommend dedicating some time to the area, and we hope that our suggestions are useful to you.

Given its importance in the city’s history, the Old Hospital de la Santa Creu (in Catalan ‘Antic Hospital de la Santa Creu’) deserves a special mention. After 6 centuries in operation (between 1401 and 1926) on the same site, the hospital became too small to cope with the demand of a population that had grown significantly over the years. It was impossible to extend and develop it where it was, due to the lack of available space in the area, so a new hospital was built in the outskirts of the city (district of Eixample), which became the Hospital de la Santa Creu i Sant Pau.

Nowadays, on the site of the Old Hospital de la Santa Creu you’ll find the Jardins (gardens) de Rubió i Lluich, where there’s a small kiosk café (‘El Jardí Barcelona’), which is a perfect place to stop for a drink, away from the hustle and bustle of the nearby streets. In terms of the areas of the former hospital itself, the appearance of which has remained almost intact over the years, a different use has been given to each of them.

ESCOLA MASSANA AND THE THEATRE SPACE
In the grounds of the old hospital you’ll also find the headquarters of the Escola Massana, a community art and design centre located in a part of one of the wings of the historic building, as well as a theatre space in which you can see all the action close up, due to the unique set-up of the stage.

It’s not just art, history and culture, as businesses also have their place in El Raval, especially as some of the city’s oldest and most historic shops can be found there. Some of them are still selling the same products as they have done for decades or even centuries, whilst others are new businesses that have respected the feel of the area, keeping the same style and furniture.

The street markets are other elements that give life to the district, with the Mercat Raval being the best known. It’s a small outdoor market made up of independent stalls, all selling a variety of accessories, which is set up every weekend (except in August) on the Rambla de Raval. Another weekend market is the Fira Nova Artesania at the end of the Rambla de Barcelona (near the Christopher Columbus statue), right on the border of El Raval and El Barri Gòtic (the Gothic Quarter). You’re also likely to see ad-hoc markets in some of the district’s streets and squares, such as those of Demanoenmano, Flea Market and Festivalet, all of which are becoming more and more well known.

As El Raval is such a central district of the city, there’s usually a great atmosphere in its bars, restaurants and cafés, especially in the more trendy bars and during the weekends. Having said that, as a general rule they aren’t nearly as overcrowded as those in the nearby Gothic Quarter, which are frequented by many more tourists.

Place to go for a drink

Hotels and other recommended accommodation

El Raval boasts a huge amount of hotels, apartments, hostels and other types of accommodation. To help you, we’ve prepared a selection of those that we think would be ideal for anyone who would like to stay in the Raval district of Barcelona, for a variety of different reasons. 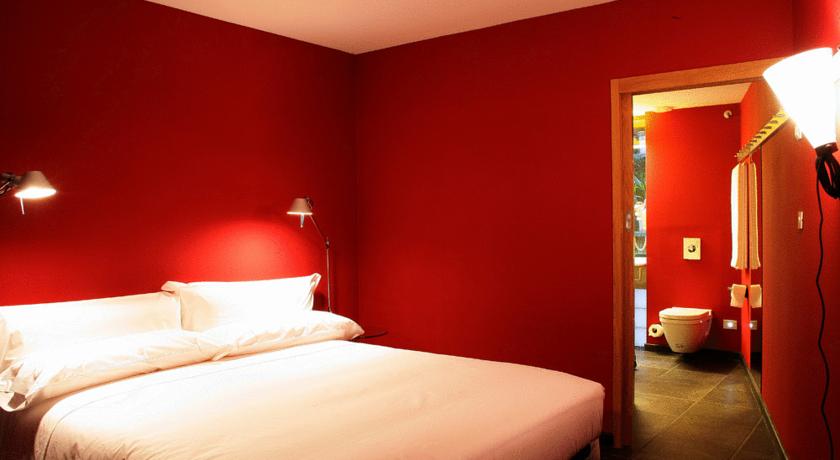 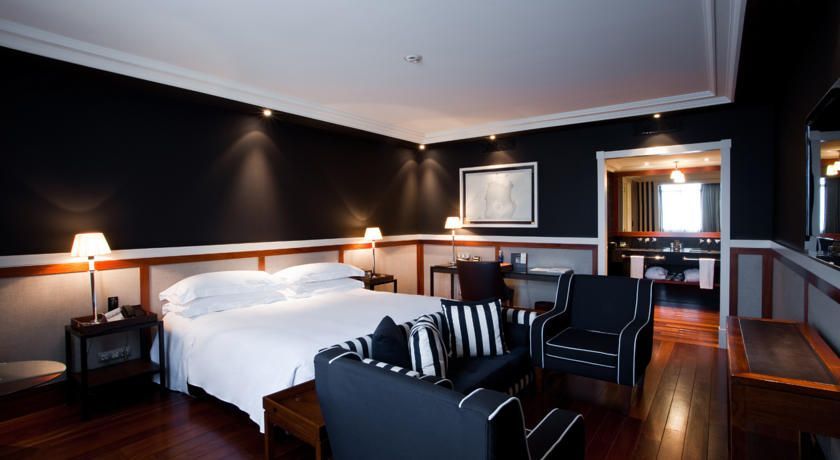 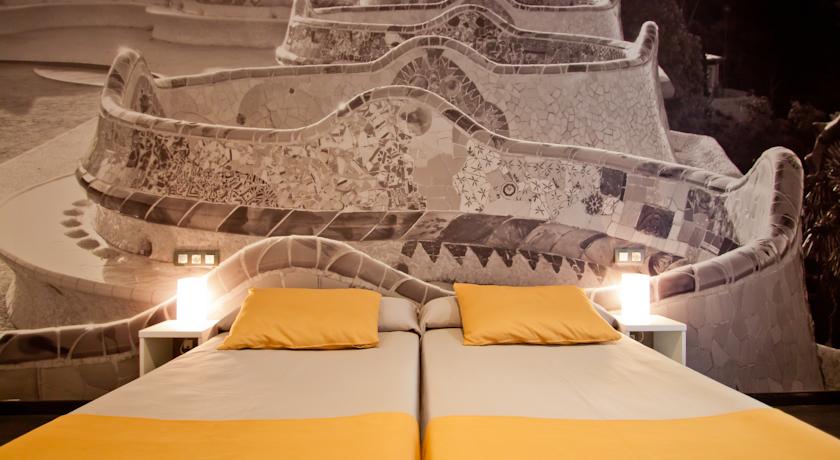 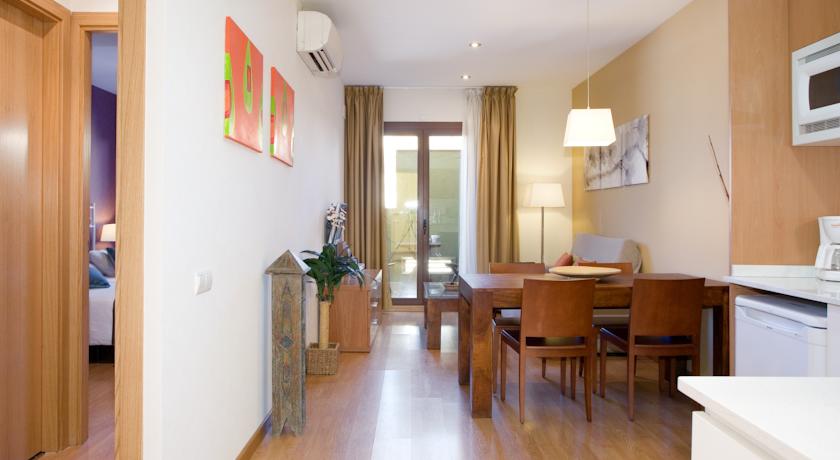 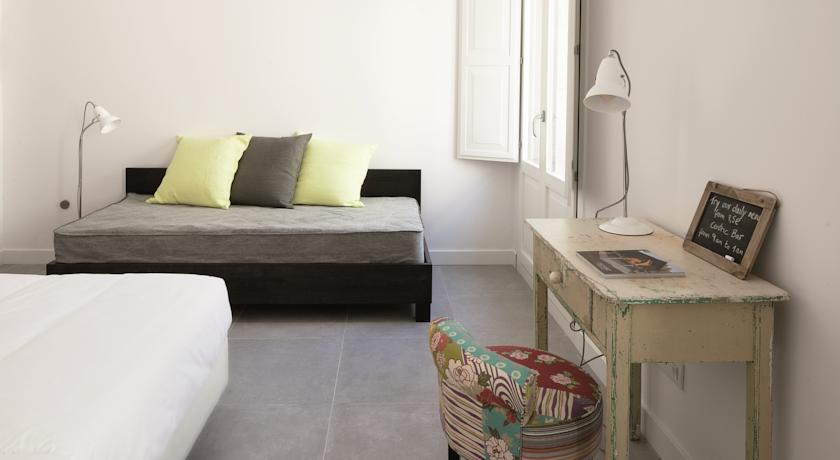 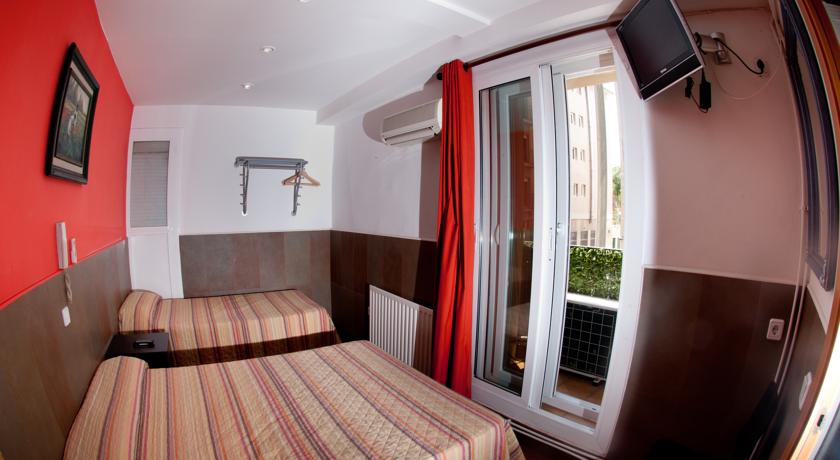 Fiestas and notable events in the district

Other districts and areas of Barcelona