Catalonia’s ‘Dia de Sant Jordi’, in English Saint George’s Day, is one of the most important festive days that is celebrated in Barcelona, as well as in the rest of the region. A great deal of its charm comes from the fact that it’s not actually a public holiday, but a day on which thousands of Catalan locals go out to walk the streets of the city or town in which they live.

What is celebrated on the ‘Sant Jordi’ festival?

The ‘Dia de Sant Jordi’ commemorates the death of Saint George, which took place in the year 303. Traditionally, since the 15th century, the ‘Sant Jordi day’ is also the Catalan equivalent of St Valentine’s Day; it’s customary to give roses and books as gifts on this day. Until relatively recently the book was an exclusive gift for men, and the rose for the women, but now many young men accompany the rose with a book for their girlfriends. The rose is traditionally red, but that too has gone through a few variations; although the most popular colour is red you will find all sorts of colours on sale. 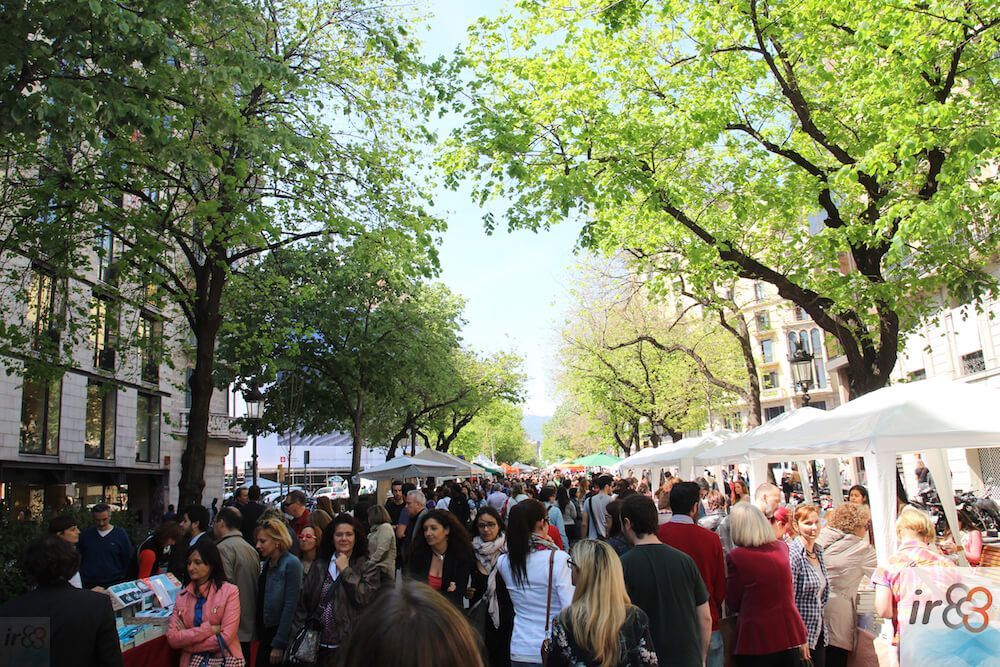 The tradition of giving a rose comes from the Middle Ages, when a man gave roses to his lovers, whereas the reason for giving a book has its roots in much more recent history. The custom began in 1926, when Vicent Clavel, a writer, journalist and newspaper editor from Valencia who lived in Barcelona, prompted the initiative. From 1930 until this day, the ‘Día de Sant Jordi’ is also celebrated as the International Day of the Book.

During the ‘Sant Jordi day’ many cultural activities are organised for children as well as for adults, including the presence of the authors at book stalls, book signings at the stalls as well as in book shops and libraries, as well as live readings of the books, sometimes by their authors. The cake shops also get involved, as they make the popular ‘Pa de Sant Jordi’, a special bread made with cured sausage (red), and cheese (yellow), representing the colours of the Catalan flag.

The ‘Legend of St Jordi’ tells the story of a dragon that terrorised the town of Montblanc, which is around an hour away from Barcelona. To avoid him doing worse things the inhabitants of the town began to give him food, even resorting to killing their own animals in order to feed him. When they ended up with no more animals to give to the dragon, they decided to organise a sort of random draw into which every member of the town entered, including the King and his own daughter. The person ‘chosen’ was given to the dragon to eat. After some time, the princess was chosen to be given to the dragon. Just as she was about to be eaten by the dragon, a knight appeared on a white horse, and after a tough battle the knight managed to spear the dragon and kill it. From the blood shed by the dragon a rosebush appeared, and from there flowered a rose that the knight gave to the princess.

When is it celebrated? 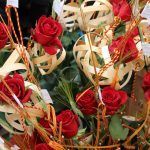 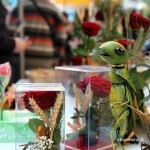 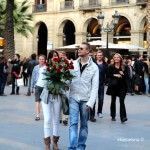 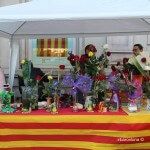 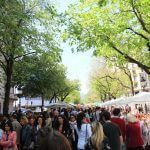 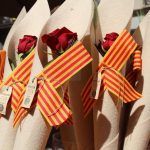 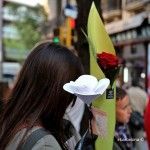 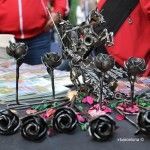