Are you interested in going to a F.C. Barcelona match? If so, and if you’re going to spend a few days in Barcelona and you’re lucky enough that your stay coincides with a home game at the team’s Camp Nou stadium, you shouldn’t miss out on the match. You’ll be able to see what for many people is the best team in the world, featuring some of the star players such as Messi, Neymar and Suárez. Through irBarcelona and in collaboration with one of F.C. Barcelona’s official partners, we’re giving you the option to buy tickets online for all of F.C. Barcelona’s official matches in their stadium, Camp Nou, throughout the 2018 / 2019 season. 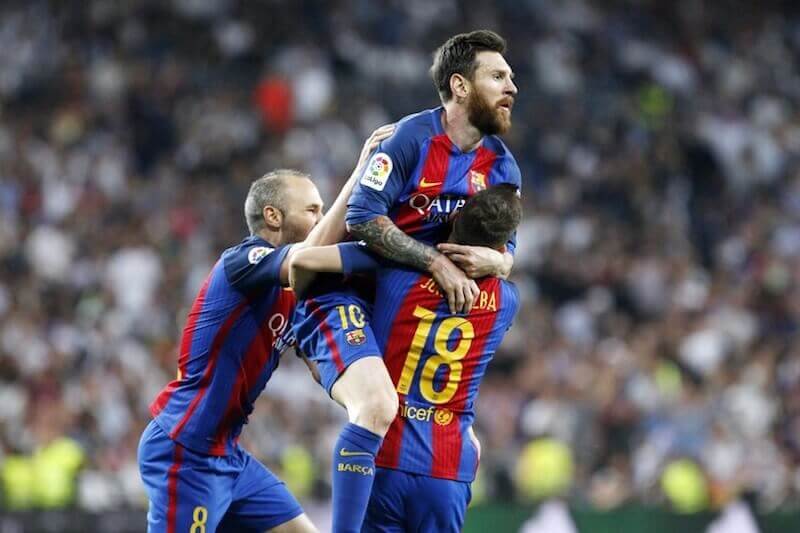 F.C. Barcelona’s stadium is very big, so we recommend that once you’ve bought your ticket and before going to the stadium, you check the door by which you should enter the Camp Nou, which is shown on your ticket.

How much does it cost to attend an F.C. Barcelona match?

There’s no doubt that attending a football match in Spain isn’t cheap, but if there’s a team which is really worth paying to see, it has to be F.C. Barcelona. The price range is fairly wide; it doesn’t usually vary according to which team Barça are playing against, or for which tournament, with some exceptions, but you’ll find the main differences in prices depend on where you would like to sit. The cheapest tickets are the ‘category 3’ seats, and the most expensive are those marked as ‘VIP Silver’. 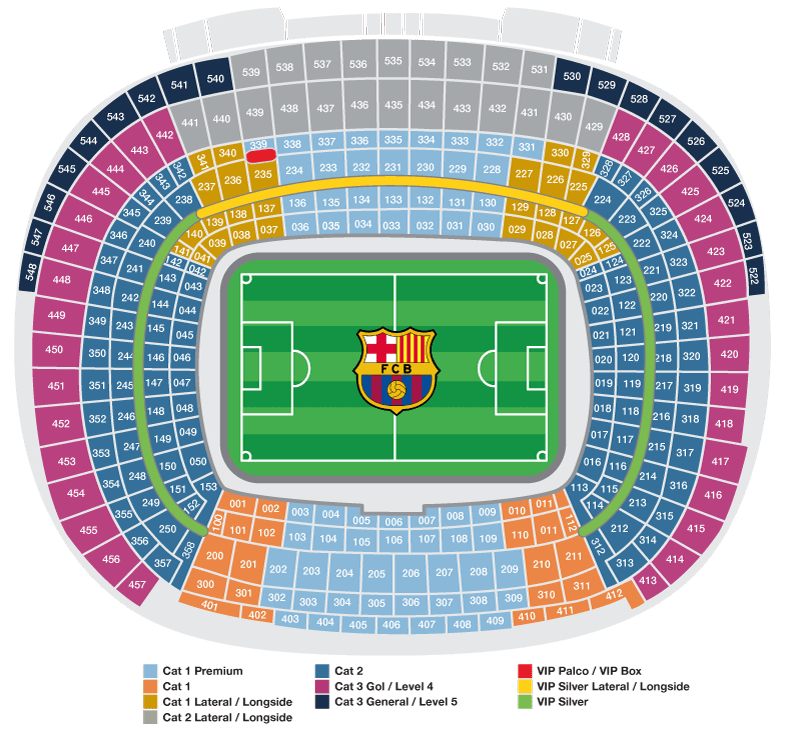 How long does the season last, and which matches can I attend?

The season usually starts in the middle or at the end of August, and finishes towards the middle or end of May. Normally the first match of the season is that which is played for the Joan Gamper trophy, which is a friendly in spite of there being a trophy at stake, organised by F.C. Barcelona and always played at the Camp Nou.

Below, and through the link we have given you, you’ll be able to check the calendar of F.C. Barcelona’s home fixtures for La Liga, Champions League and Copa del Rey. The dates and times of some of the matches isn’t yet confirmed, especially those of La Liga, that are scheduled to take place within the space of a few weeks. The date we have given you in these cases is therefore a guideline, so you’ll need to take into account that the match will be played at some point throughout the indicated weekend, but the date and time will be confirmed.

Thanks to the calendar you can buy your tickets online in advance, therefore being sure of getting hold of the tickets that you want. Having said that, if you wait until the last minute it’s very likely that you’ll be able to get hold of a ticket for the match, as we do offer last-minute tickets.

Without doubt, the most significant match of the season for the vast majority of F.C. Barcelona fans is the La Liga match against Real Madrid, Barça’s main rival each year for the trophy, and it always offers more than a straightforward football match. Other important games are those that are played against R.C.D. Espanyol (Barcelona’s other team, so it has the atmosphere that’s typical of a Derby), against Atlético de Madrid and against Valencia, all of which are rivals who promise exciting duels against Barça. The Champions League matches are also much anticipated, especially the knockout stages.

Hotels and apartments near the Camp Nou 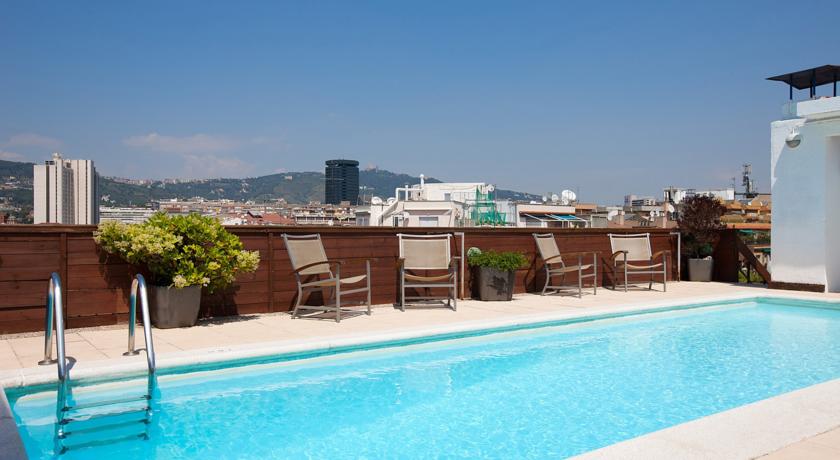 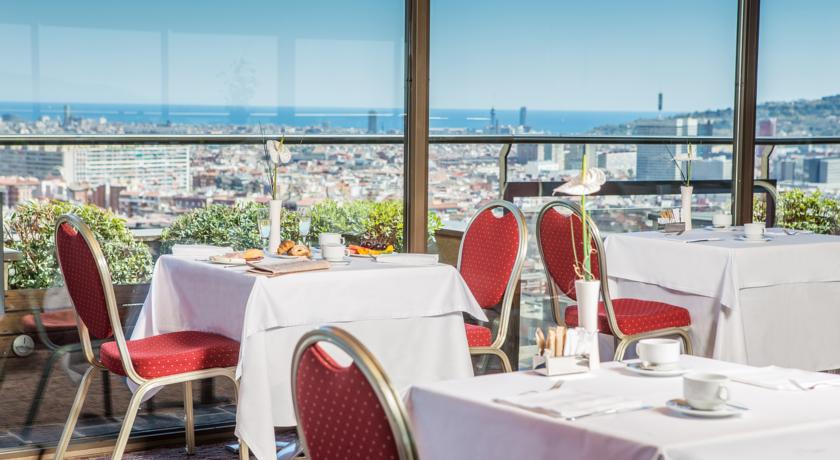 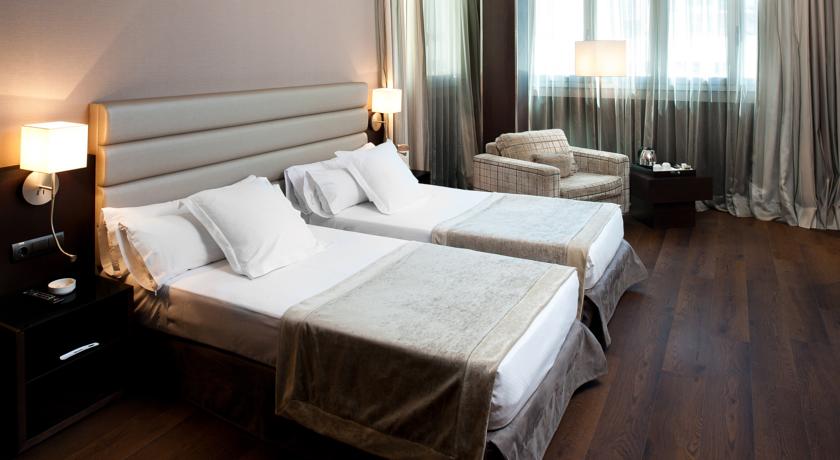 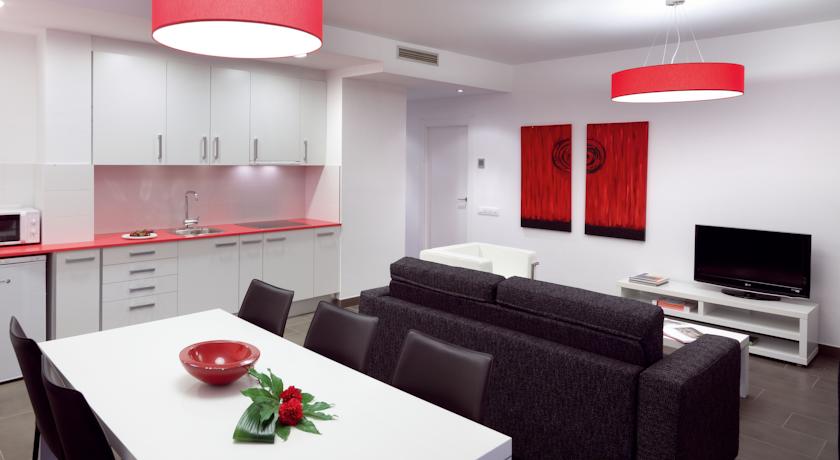 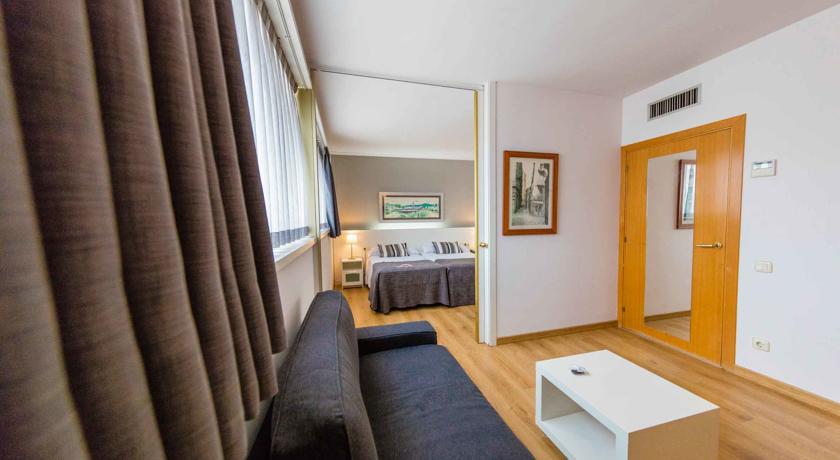 How to get to Camp Nou?

To get to Camp Nou and to return to your accommodation after the match, you can either go by public transport (Metro, bus, tram or taxi), or you can go by private car (your own car or motorbike). All of these options have their advantages and in some cases disadvantages.

Nearly everyone who attends a Barça match chooses to get to the Camp Nou by public transport, especially in the Metro, bus or tram, as they are usually quicker and cheaper. Some F.C. Barcelona matches finish rather late, but in the vast majority of cases the Metro, buses and trams are still running, and often the number and frequency of services is increased, to ensure that fans can get home quickly after leaving the stadium. The most convenient option might be to take a taxi, but it’s by no means the cheapest option.

Many fans prefer the freedom of being able to drive to the stadium. Parking your car on the streets close to the Camp Nou on a match day will be practically impossible, so your only option will be to use one of the nearby car parks. As far as motorbikes and mopeds are concerned, the vast majority of fans usually park them on the street without too many problems, and without the police paying too much attention to bikes that aren’t parked strictly legally. In spite of this, fans are increasingly choosing to park their motorbike in an official parking spot, for a reasonable price.

BY CAR OR BY MOTORBIKE: RESERVE YOUR PARKING! 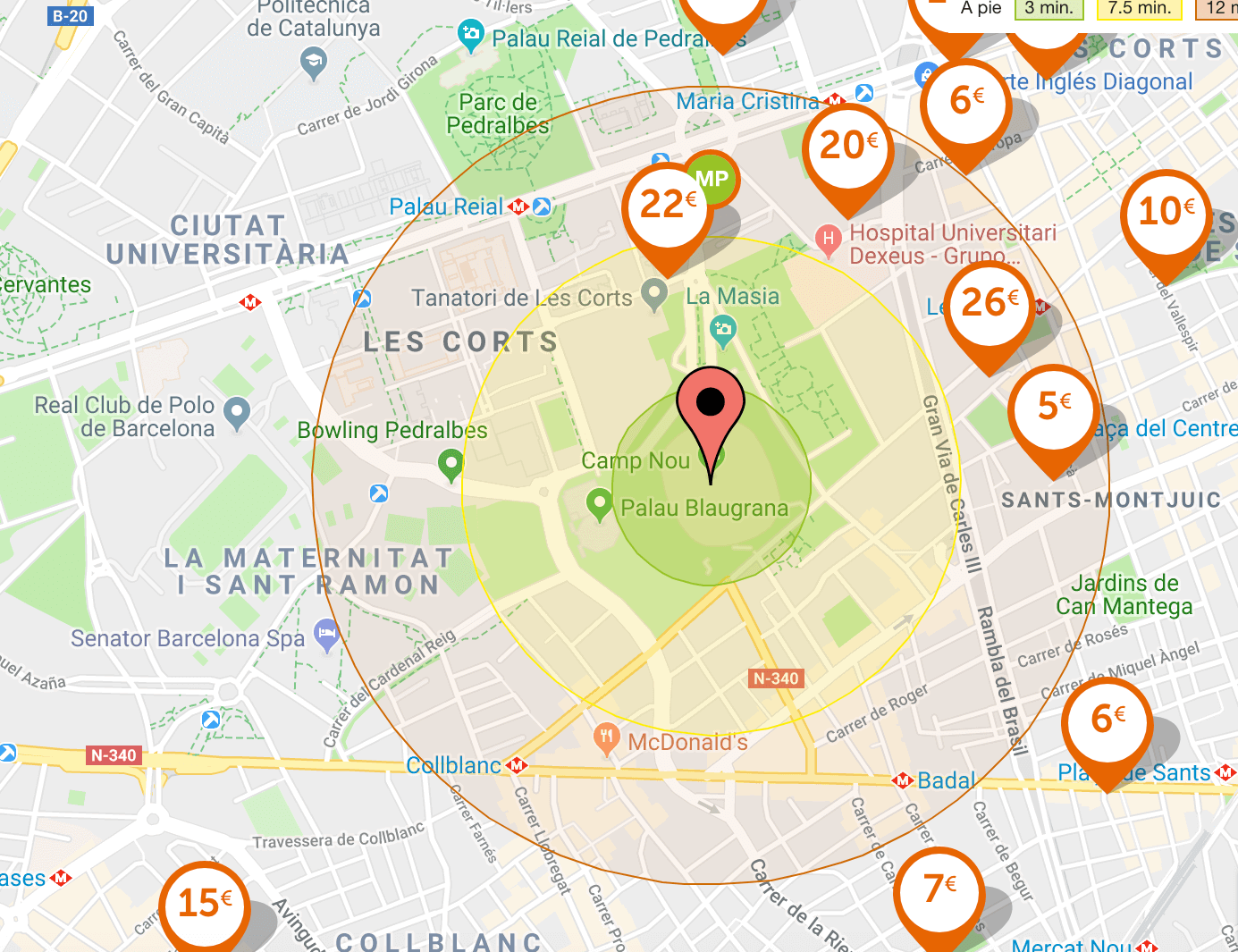