The Rambla del Raval is located in the historic district of the Ciutat Vella, the Old Town, and specifically in the neighborhood from which it takes its name ‘El Raval’, in between two of the busiest roads of the city, La Rambla and the Avinguda Paral·lel. The Rambla del Raval is like a little oasis amongst the multitude of narrow streets that surround it in this historic neighbourhood. At first sight, with its narrow, elongated shape and length of just 250 metres, it almost feels like a square than a street.

It’s one of the newer ‘Ramblas’ of Barcelona, and was built with the purpose of promoting urban and structural change in the area, which was otherwise densely populated and deprived of open spaces. To accommodate the Rambla de Raval, and therefore to open up the area, a large number of buildings had to be demolished. Despite some initial criticism of this, the truth is that since it was finished in 2000, the Rambla de Raval has become the epicentre of the neighbourhood, now a meeting point for people young and old, and where new bars and restaurants have recently opened, ensuring an economic boost to the area, and more visitors. 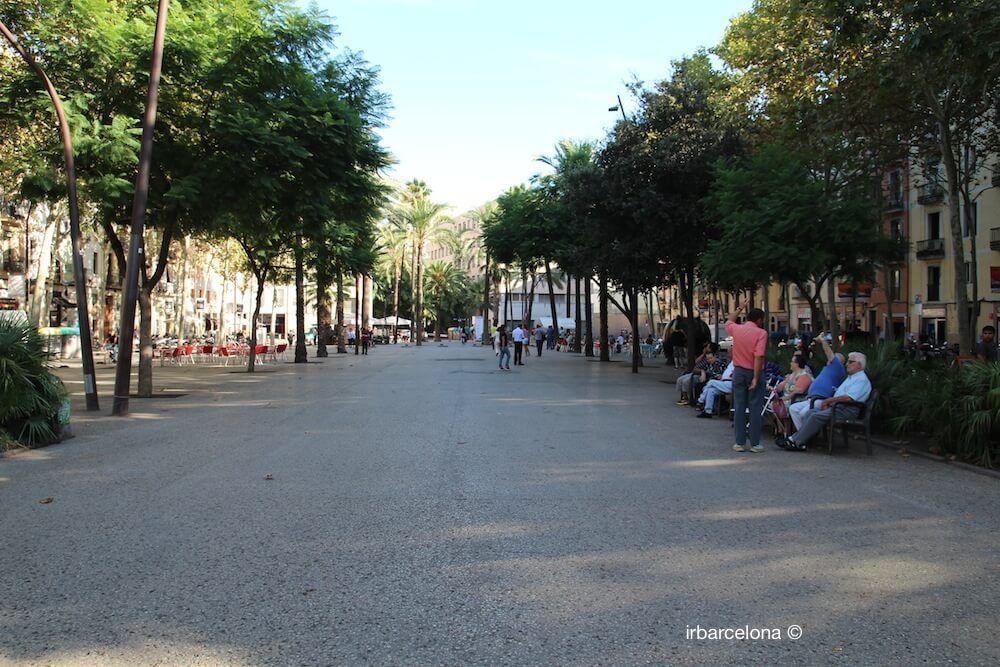 It’s unfortunate that this area of El Raval, also known as Barri Xino (Chinatown), is still often associated with prostitution and crime, giving it the reputation of not being the safest area of the city, so tourists and locals alike often treat it with some suspicion. However, whilst we acknowledge that these kinds of incidents do occur here more than we’d like, the area has also become synonymous with cultural integration, a clear example of how an area can be revitalised in spite of having a slightly negative stigma. This cultural diversity certainly brings the streets to life and will add interest to your walks through this part of the city centre.

What does the Rambla del Raval offer us?

Depending on the time at which you visit, the Rambla del Raval can offer two very contrasting images, from the peace and quiet of the early hours of the morning, to the busiest time of day which is always the evening, with the terraces of restaurants and bars full of people, and with the locals sitting on benches in the streets, until very late at night.

Its central area, which is paved and completely pedestrianized, contains the well-known Gato de Botero monument (Cat Fernando Botero), as well as a few palm trees and benches. The bars vary, from the modern and glamorous such as the ‘Chaka Khan’ and the Hotel Barceló’s restaurant and terrace, to the most quirky and authentic, of which Bar Ambar is an example.

If you have the chance to wander through the Rambla del Raval on a Saturday or Sunday between 11:00 and 21:00, except in August, you’ll find a small open-air market, the ‘Mercat Raval’, in which you’ll find all sorts of stalls run by local designers, specialising in jewellery, decorations, clothes and accessories. There is also usually an Arabic tea stall with a small Haima, where you can taste wonderful teas and delicious sweets. 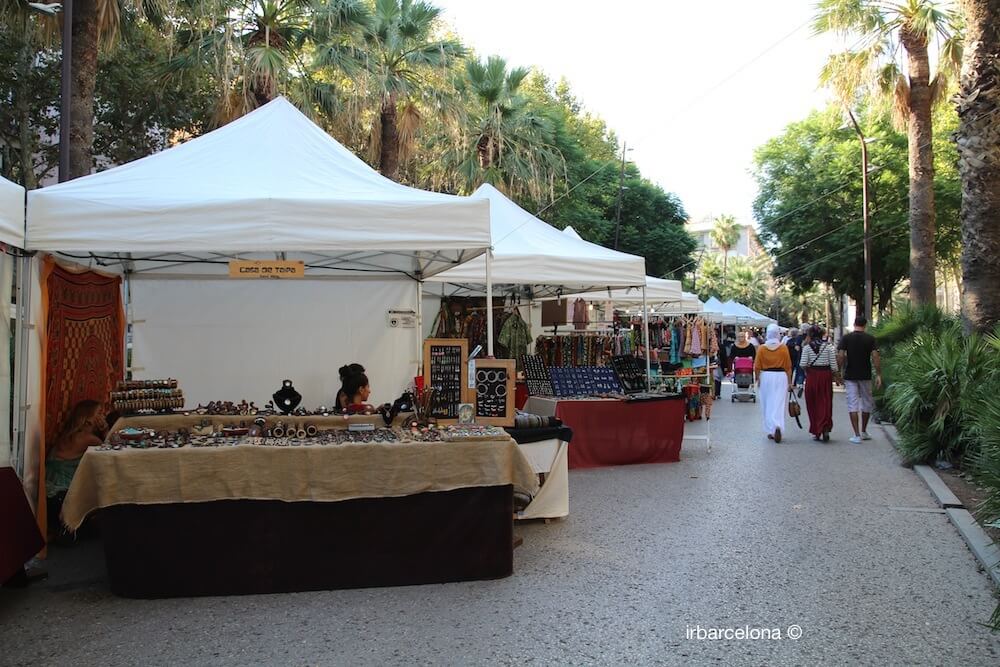 The Rambla del Raval is also the space chosen for the majority of celebrations of the ‘festes del barri’, the parties of the area, as well as participating in Barcelona’s main festival, La Mercè. During this festival it hosts the ‘Mostra d’Arrossos del Món’, at which you can taste traditional rice dishes from all over the world. The Rambla del Raval and its surrounding streets are ideal stop-off places when you need a break in between cultural visits, as it’ll allow you to take a rest from the hustle and bustle that’s just round the corner, if only for a few minutes. 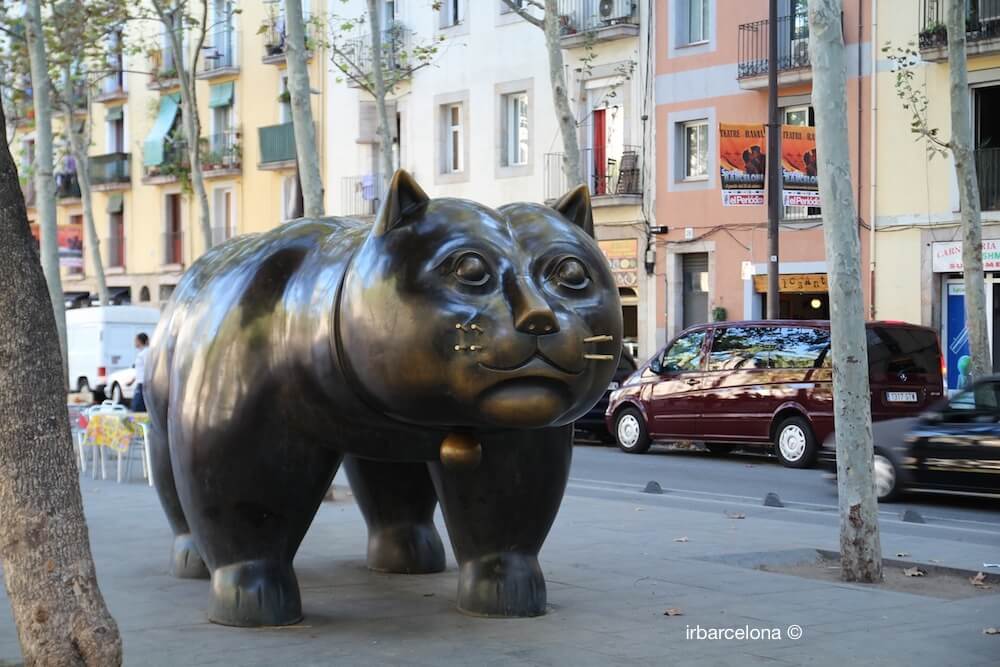 For this reason, we recommend that if you’re walking along Las Ramblas, when you reach the Gran Teatre del Liceu you turn down either carrer Hospital or carrer de Sant Pau, which will take you to the Rambla del Raval. You can then take a break and relax with a drink, in much calmer surroundings than on Las Ramblas, whilst seeing more of the real and authentic Barcelona. You can then either return to Las Ramblas, or you could discover the area a little more, paying a visit to the Romanesque church of Sant Pau del Camp, the old 12th century Romanesque chapel in the Plaça Pedrò, or to one of the museums such as the MACBA (Barcelona’s Museum of Modern Art) or the CCCB (Barcelona’s Centre for Contemporary Culture). And whatever you choose to do, we do recommend that you walk along the carrer Joaquím Costa, the pedestrianisation of which has turned it into one of the most lively and charming streets in the area.

While you’re on the Rambla del Raval we recommend that you go up to the Hotel Barceló Raval’s terrace, from which you can enjoy panoramic views of the city, and you’ll also get a different perspective on the Rambla itself.

Hotels and other accommodation on La Rambla del Raval or nearby

There are not many hotels or accommodation to stay in on the Rambla del Raval itself. Out of the accommodation available, there is the magnificent Hotel Barceló Raval, without a doubt an amazing hotel to stay in during your holidays. However, there are many hotels, apartments and hostels located close to La Rambla del Raval. Staying in this area means being able to move around easily as you can walk to the city centre and the public transport connections are very good. 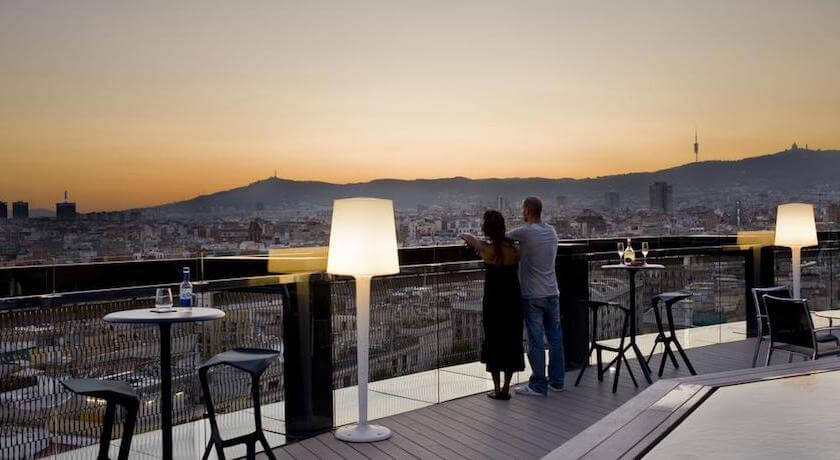 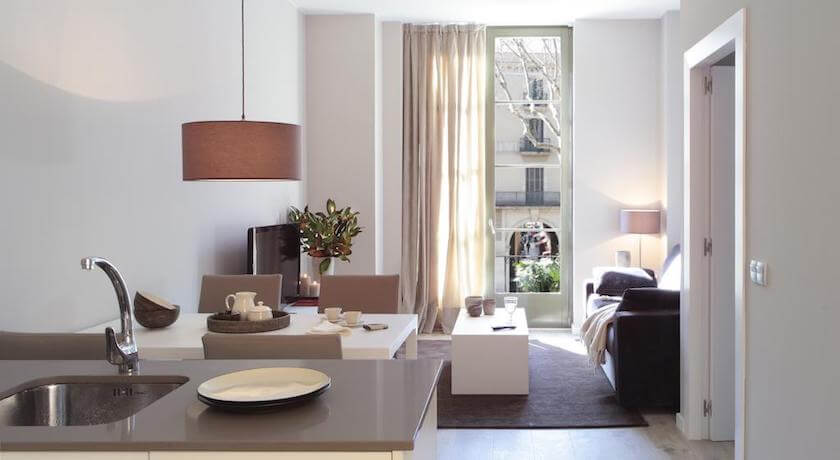 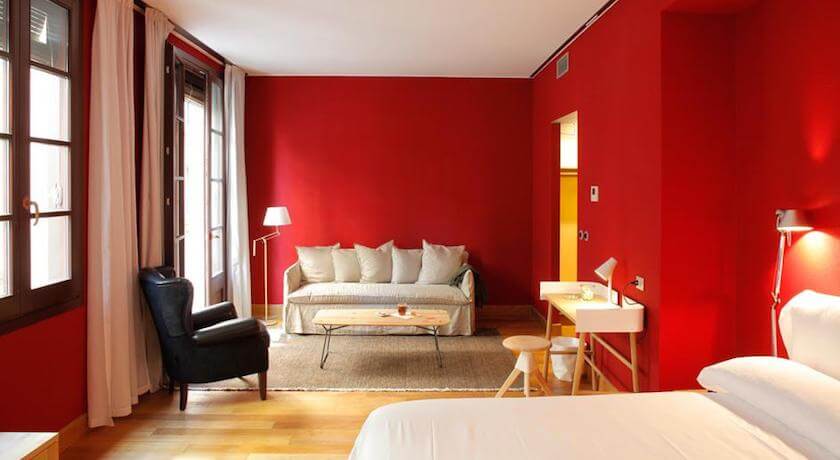 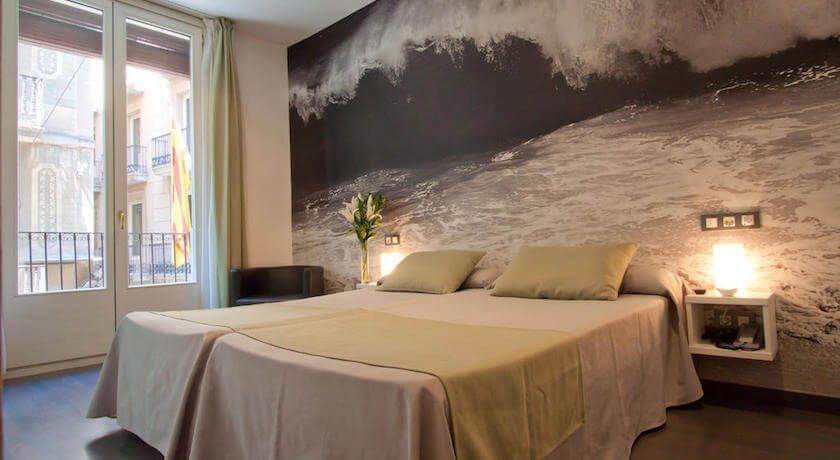 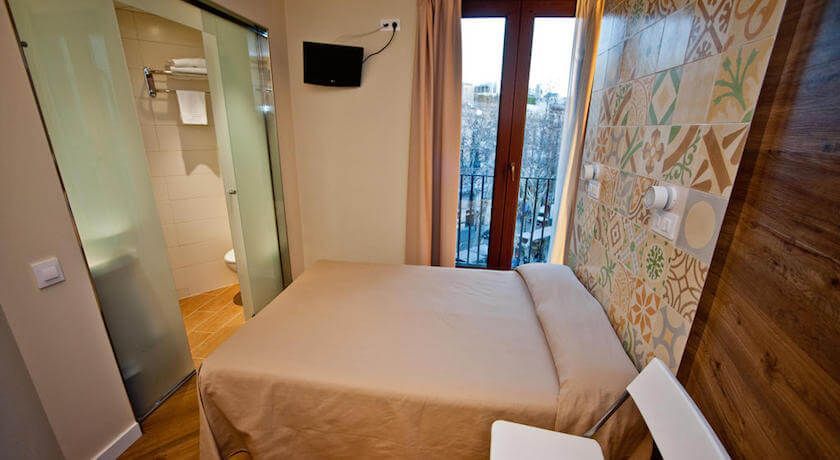 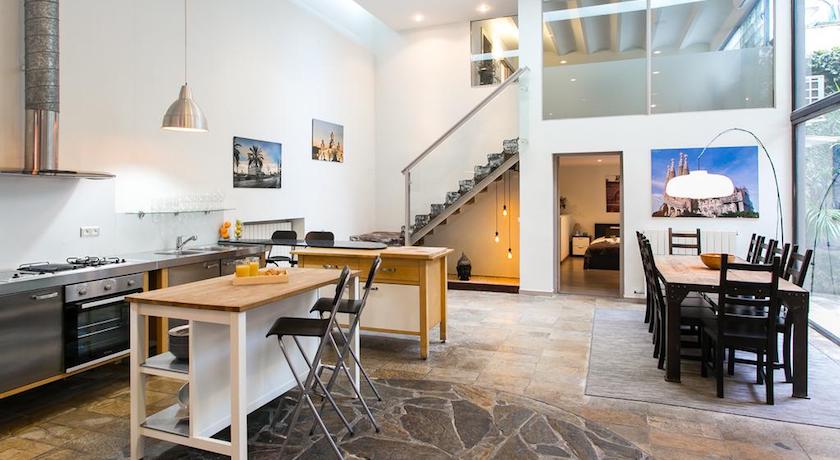 All the hotels and accommodation in El Raval: HERE 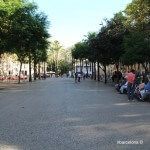 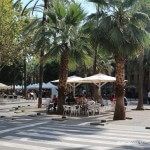 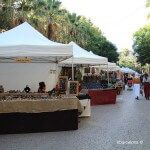 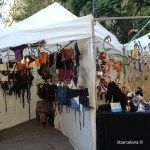 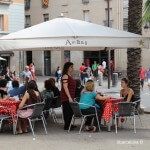 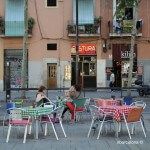 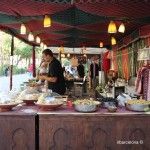 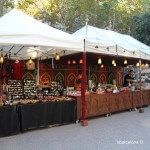 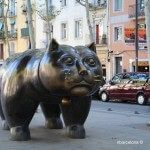 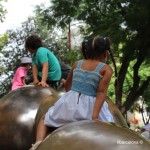 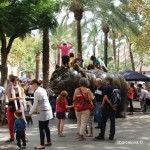 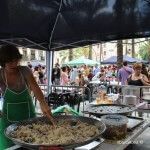 How to get there, and a map showing places of interest

Metro: Liceu and Drassanes (Line 3), Sant Antoni (Line 2) and Paral·lel (Lines 2 and 3)
Bus: The nearest bus stop is served by the local bus, the ‘autobús del barrio’, number 120. Other buses, such as lines 14, 20, 24, 59, 64, 91 and D20 also have nearby stops, just 5 minutes away by foot.
On foot: If you already happen to be in the city centre, it’s easiest to get to the Rambla del Raval on foot, taking a little walk through the narrow streets of the Old Town and soaking up the atmosphere.