The Mossèn Cinto Verdaguer Gardens is one of over 10 gardens around the mountain of Montjuïc. We advise you to allow at least half an hour for your visit, so that you can stroll at your leisure through the area that occupies over 4 hectares, and in order that you don’t miss out on any of the many details and charms that the gardens possess.

Opened in 1970, at the same time as the nearby Jardins de Mossèn Costa i Llobera, the Jardins Mossèn Cinto Verdaguer is one of the four gardens in Montjuïc that are dedicated to the memory of poets who wrote in the Catalan language.

Who was Mossèn Cinto Verdaguer?

The garden is dedicated to the memory of Jacint Verdaguer i Santaló. Born in the mid-19th century, he was the priest (the Catalan word ‘mossèn’ means ‘priest’) at the same time as some of the most important poets of Catalan literature were at their most active. The name of Jacint Verdaguer i Santaló is therefore more representative of the entire literary movement known as ‘La Renaixença’, or ‘The Renaissance’.

The charms of the gardens

While it’s true that the appearance of all gardens changes depending on the season of the year, we’re sure that the transformation of the Jardins Mossèn Cinto Verdaguer is more pronounced than in any other garden in Barcelona. During the spring (March and April) and towards the end of the summer (July to September) the garden is at its most popular, thanks to the huge number of flowers such as tulips of many different colours, arranged beautifully in several areas of the garden, which give such variety and intensity of colours that is unmatched in Montjuïc’s other gardens. 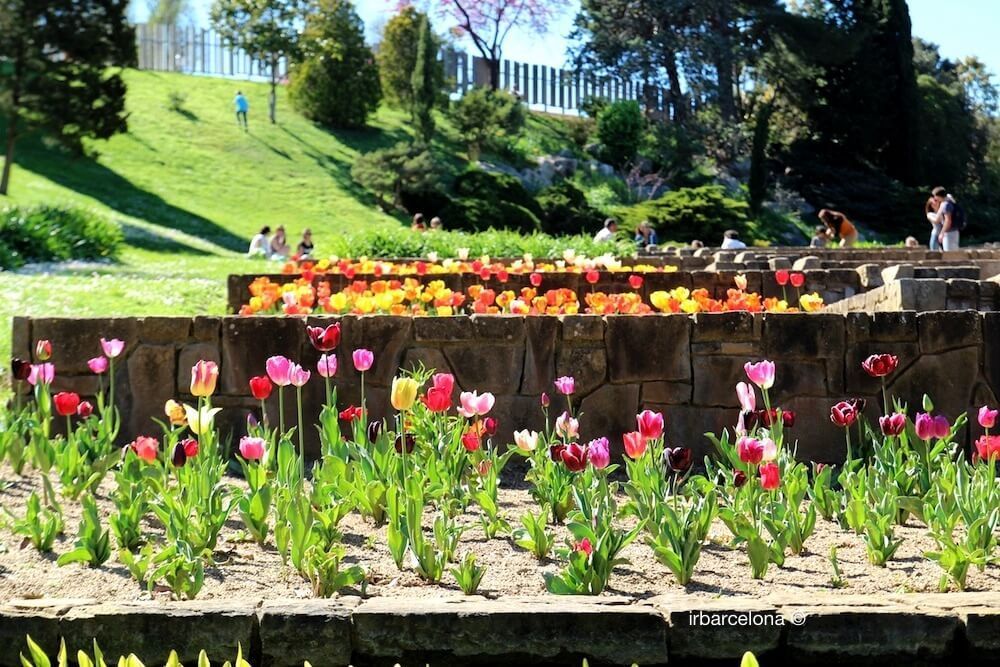 In addition to the flowers, the garden features several varieties of plants, some of which are aquatic such as water lilies, and they can be found both in the pond in the lower area of the gardens as well as in the small water features a bit further up. The trees (Tipuanas, Eucalyptus, Cedars from the Himalayas) are also important to the gardens, providing some much-appreciated shade to the many families and groups of friends who visit in the hottest months of the year, to enjoy a leisurely peaceful stroll and perhaps a picnic.

Another of the beauties of these wonderful gardens is that you can enjoy impressive views of Barcelona from the area that’s a bit higher up, near the small wooden bridge, and it’s well worth the trouble of going to the top.

Floral emblem of the city
One of the attractions of these gardens is the floral emblem that you’ll see when you enter the gardens via the main entrance, on carrer dels Tarongers. Impressive in size, it is made from several bulbous plants and magnolias, all neatly arranged to form the city’s coat of arms. 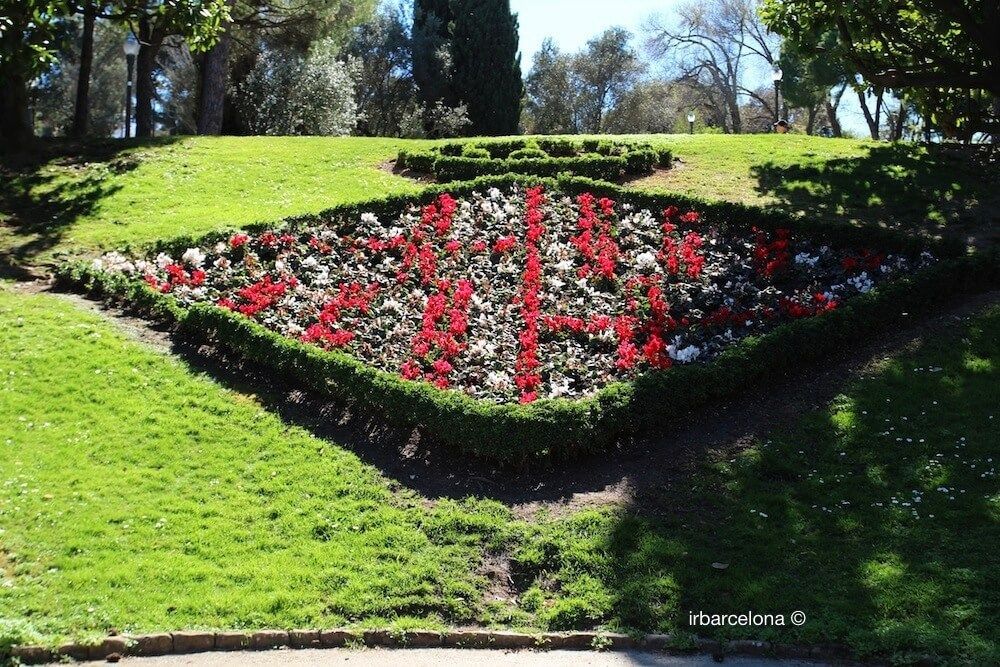 Sculptures
The two sculptures that can be found in the gardens date back to 1970, and they are both in the form of female bodies. They are Noia dels Lliris (the Girl of the Irises) by Ramon Sabi, which was dedicated to the poet Jacint Verdaguer i Santaló, and Maternitat (Maternity), by Sebastià Badia.

The Waterfall
In the upper part of the gardens, half camouflaged by the greenery, there is a small waterfall that aids the flow of water to the different areas of the aquatic park.

Water features
The water features, located next to the steps, boast water lilies and even a beautiful array of tulips in springtime, which almost appears to form a dense multi-coloured carpet of flowers.

The Pond
The pond, located in the lower part of the park, is also full of water lilies and other aquatic plants. The pond is surrounded by lawns, which are perfect places for families to relax and sunbathe!

If you have a Smartphone and internet connection, you can use any of the available QR code reader apps to find out detailed information about the gardens from any of the panels within the grounds. 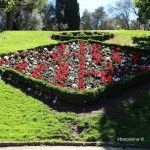 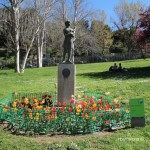 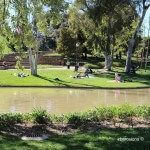 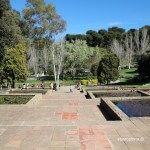 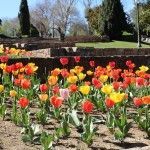 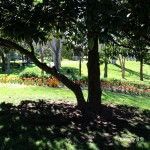 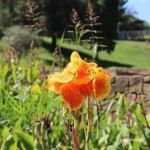 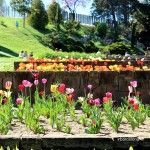 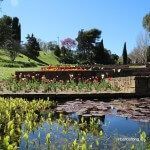 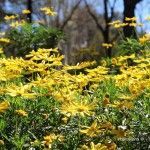 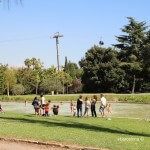 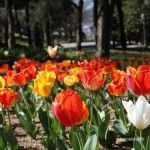 The gardens have more than one entry point, but the most common way to access them is via the main entrance on carrer dels Tarongers, just a stone’s throw from the Avinguda de Miramar and the Funicular and Montjuïc Cable Car.

The gardens are open every day from 10:00 until it starts to get dark.

Funicular: you can catch the Funicular at Paral·lel metro stop, and the gardens are just a short walk from the exit.

Metro: the nearest metro stop is that of Paral·lel, from which you can arrive by foot by walking up the Passeig de Miramar, then taking the Avinguda de Miramar up to carrer dels Tarongers. It’s a good option if you don’t mind walking a bit, bearing in mind that the walk is uphill. Otherwise, you’re best off catching the Funicular at Paral·lel.

Aeri del Port: from the Aeri del Port cable car stop of Miramar, you can walk to the gardens which will take you just 10 to 15 minutes..