The Joan Brossa gardens, in Catalan and officially, Jardins de Joan Brossa, are some of the newest gardens to be created in Montjuïc. They were opened in 2003 in the area that was once the Montjuïc Theme Park, a favourite to several generations of Barcelona’s locals, just below the castle at the top of the mountain.

Who was Joan Brossa?

Joan Brossa, who died in 1998, was one of the most important Catalan poets in history, and he is considered the greatest icon of the Catalan avant-garde movement in the second half of the 20th century.

What will we see in the Joan Brossa Gardens?

You’ll probably find that the Joan Brossa Gardens aren’t quite as interesting as some of the other gardens in Montjuïc, that have more history, more spectacular vegetation and more striking architectural features. Having said that, and in spite of the fact that for most visitors it simply serves as a place to pass through in between other gardens and areas of the mountain, as they are in such an idyllic setting these gardens are still worth a visit. Thanks to the small children’s play area, these gardens are some of the most family-friendly gardens in Montjuïc, which allows parents to keep an eye on their children while they take a set on one of the benches, or lie down in the large grass area, situated just a few metres away. 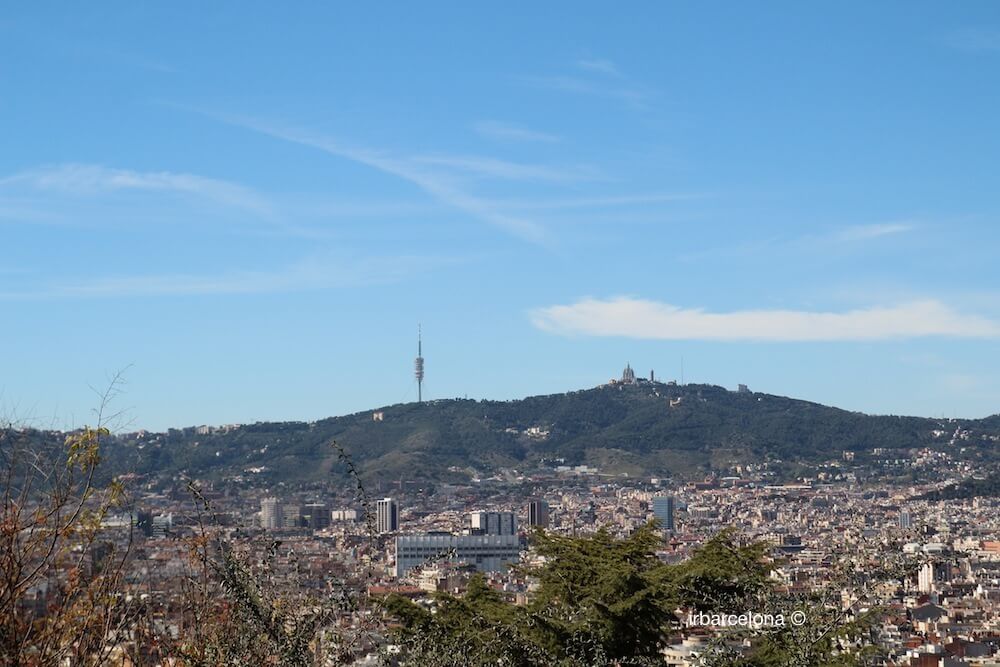 Situated at one of the highest points of the park, from which you can see some great views of the Serra de Collserola, you’ll often see couples lying on the grass sunbathing or enjoying the peace and quiet and relaxation of the area, and people on their own who are making the most of the tranquillity by reading a book.

The theme park’s buildings
Of all the buildings within the former theme park, only two still stand today, the Parasol and the Quiosco Damm, named after the brand of beer, which is nowadays used for some events. You can also still see the wall of the arsenal that was used during the Spanish Civil War, which was then converted into the set of the ‘Tunnel of Terror’ ride in the theme park.

Sculptures
There are four sculptures that were built in the theme parks that are currently maintained. 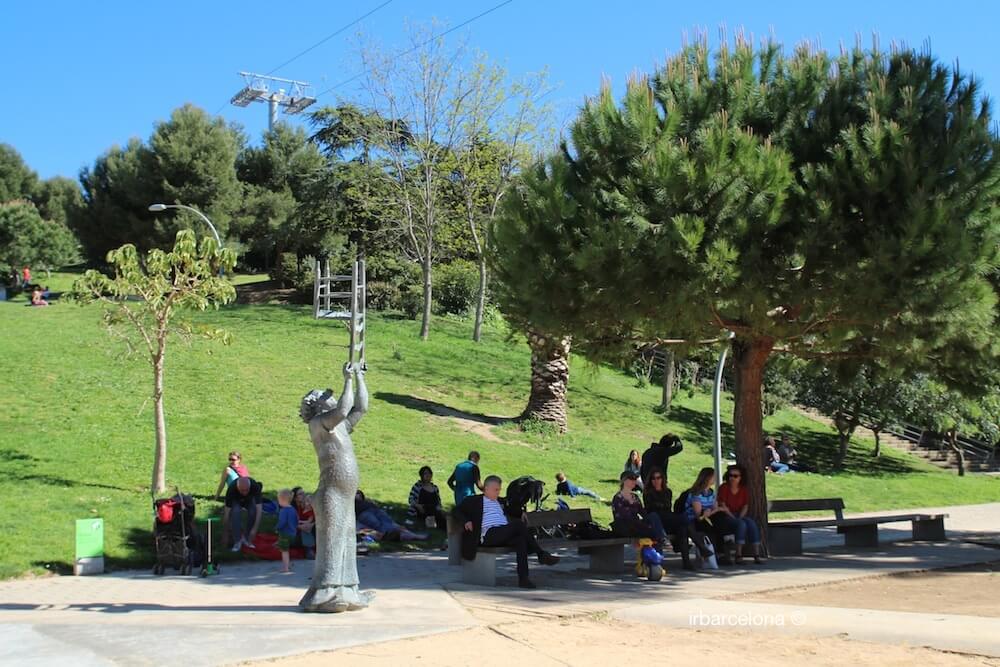 Montjuïc Cable Car
The Montjuïc Cable Car runs directly above the gardens, which is quite a sight, especially if you lie down on the grass and look up to the sky, as you’ll see the cable car cabins pass over your heads, not much higher than you. 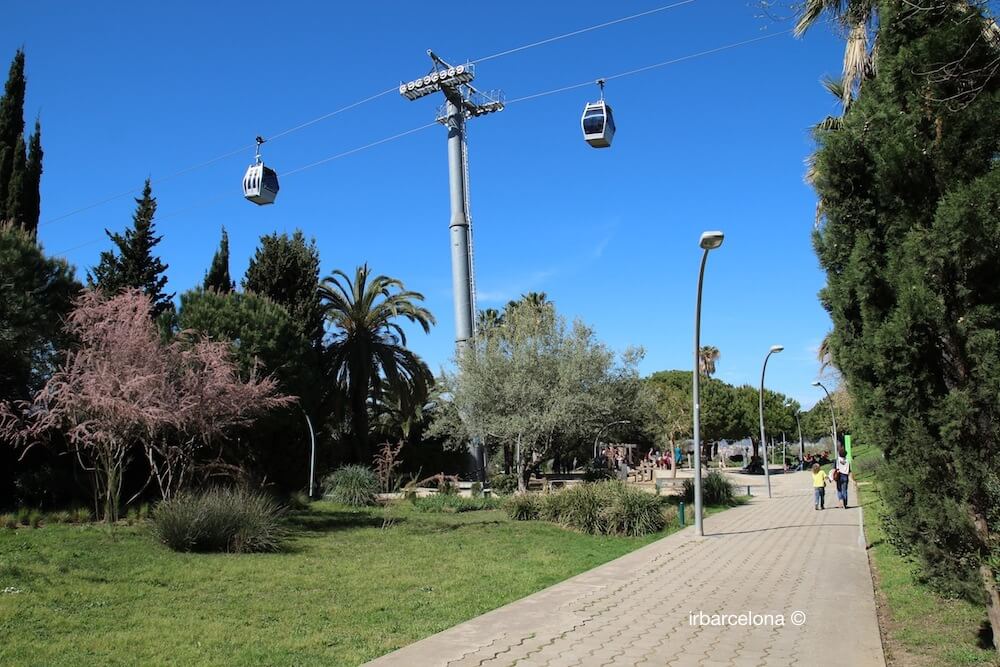 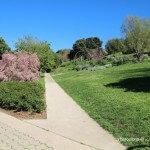 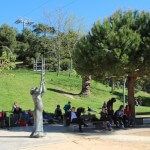 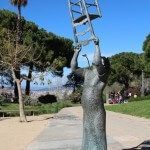 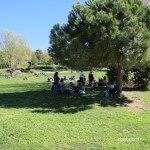 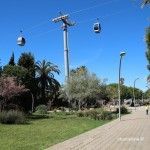 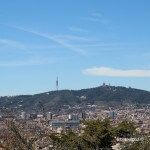 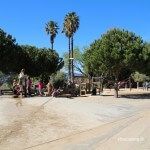 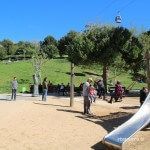 As they occupy such a large area, you can access the gardens in three places. The main entrance is located in Plaza Dante on the Avinguda de Miramar, but you can also enter the gardens through the entrance on Carrer dels Tarongers, opposite the Jardins de Mossèn Cinto Verdaguer or from the highest point, next to the Plaça de la Sardana.

From Monday to Sunday: from 10:00 until it starts to get dark.

Funicular: You can take the funicular from the Paral·lel Metro stop (lines 2 and 3) that will bring you out onto the Avinguda Miramar de Montjuïc, just 25 metres from the main entrance to the gardens.

Metro: From the Paral·lel Metro stop you can arrive on foot, by taking a short walk. It’s recommendable if you don’t mind walking and if you’d like to stop off at the viewpoint in the Miramar Gardens (also in the Mirador del Migdia and Mirador de l’Alcalde), which we strongly recommend.

Aeri del Port: If you arrive at Montjuïc on the Aeri del Port you simply need to walk up the Avinguda de Miramar, until you get to Plaça Dante (around 10 minutes).