The name Stargazer (in catalan, “Miraestels”), which if you deconstruct the name means to gaze at stars, is very straightforward and evocative. It is a sculpture that shows a figure of a person gazing at the stars in the sky. To tell the truth, it isn’t just one sculpture, as its creator Robert Llimós, has made various sculptures in different places around Catalonia. However, we will focus on the two Stargazers which, since 2005, have been located in the Maremagnum area in Port Vell, Barcelona. And its location is one of the most important characteristics of these two sculptures, as they float on the sea.

The Catalan artist, Robert Llimós, was born in Barcelona in 1943. During his long career in conceptual art, he painted a huge variety of expressionist pieces and created a variety of sculptures. Among which “Marc”, dedicated to his deceased son and which there are only two copies of, one in Atlanta and the other in Barcelona, and also the “Miraestels” (Stargazer). When he reached 65 years old and was in Brazil, Llimós went through an experience that caused a radical change both in his life and his works, no less than a UFO sighting.

The Stargazers sculptures are a tribute to the Catalan poet Joan Brossa, who also has some gardens in Montjuïc named after him. The Stargazers form part of a series of works made from different sculptors, in honour of his great friend Joan Brossa. The pieces, including the Stargazers sculptures, focus on the collection of poems titled “El Saltamartí”, (grasshopper) which translates as a snack in Spanish, and Joan Brossa explained as: “A doll with a weighted base when pushed from its vertical position it returns upright. The people.” 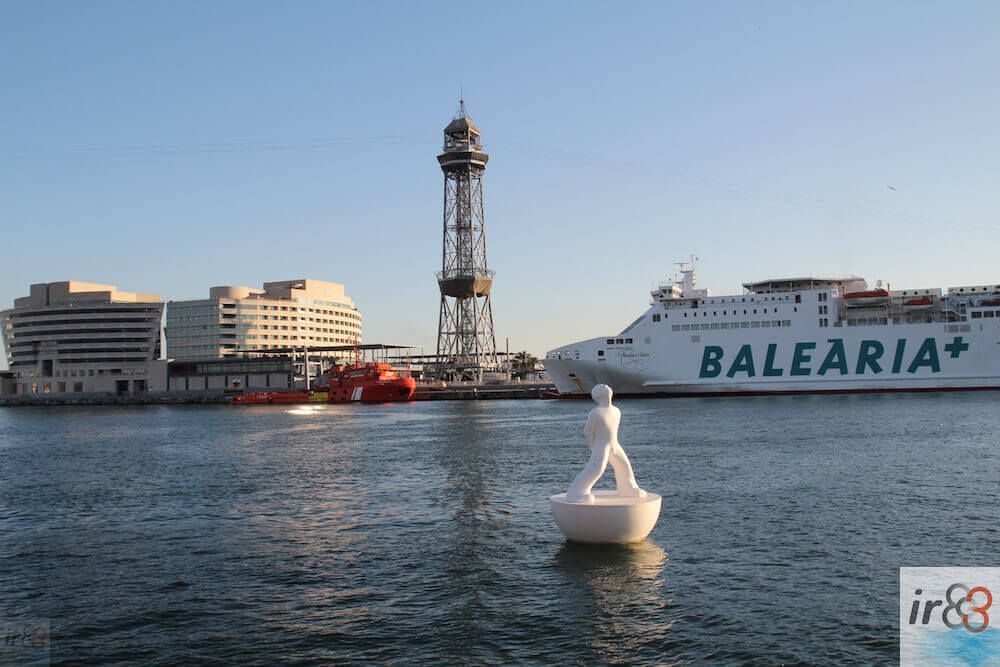 Brilliant white, made with fibreglass and polyester resin, and both almost identical, the height of the two sculptures are around 3.5 metres. Looking a while at the two Stargazers balancing whilst always being able to stay on their feet in the water has a hypnotic and relaxing effect. Which is why irBarcelona recommends you to sit for a while to take a break on one of the benches along the Rambla del Mar (the drawbridge that joins the Maremagnum Shopping Centre with the lower part of the La Rambla), so that you can not only admire two beautiful sculptures, but also breathe in that sea air whilst listening to the typical sounds of the port, including the many seagulls flying around in search of food. 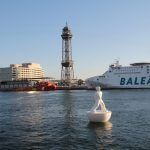 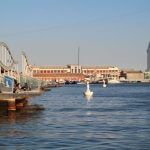 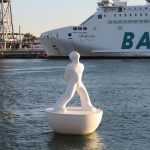 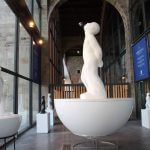 By foot: you can get here by foot from anywhere along Port Vell or from the area of La Ribera – El Born or the lower part of the Gothic Quarter.