One of the most original and frequented attractions in Barcelona is Poble Espanyol (in Spanish Pueblo Español), which translates into English as ‘Spanish Village’ or ‘Spanish Town’. Its name says it all – it’s a large, unique open-air space in which buildings and architectural elements that are representative of various Spanish cities and towns have been recreated as full-scale replicas.

All about the Spanish Village of Barcelona

Just like many other places of interest that are iconic of Barcelona, Poble Espanyol was built at the foot of Montjuïc Mountain in preparation for the International Exposition that took place in 1929 in the city. The idea from this curious attraction came from the architect Josep Puig i Cadafalch, and in spite of the fact that the idea was to take it down at the end of the Exposition, because of its popularity in the end the city’s officials decided to keep it there. 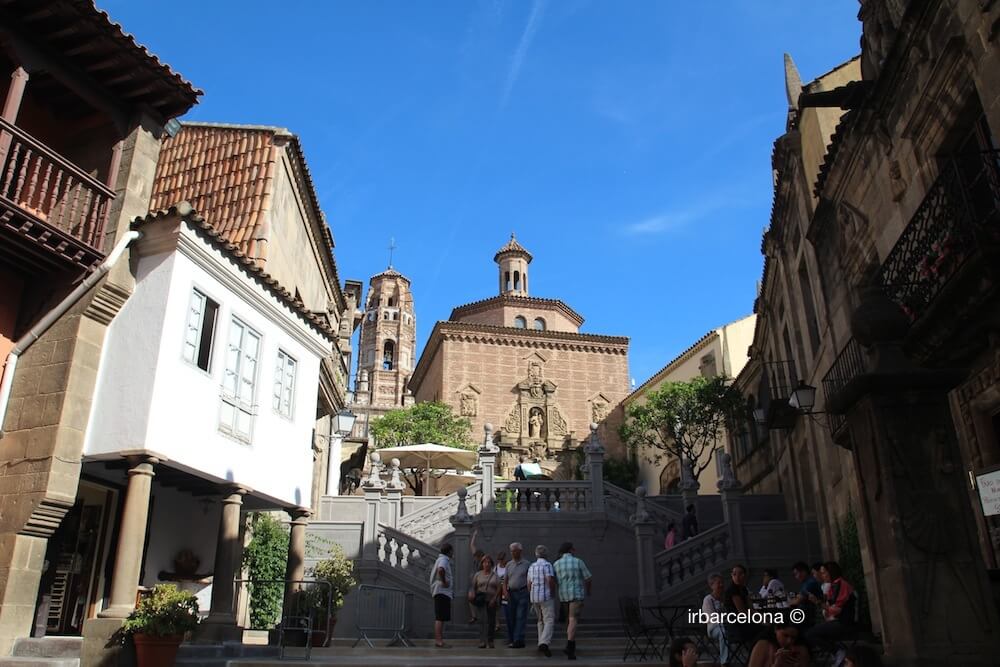 The visit to the Poble Espanyol of Barcelona

Within the grounds that the Poble Espanyol occupies, totalling nearly 50,000m2, there are 117 constructions (amongst them monuments, streets, bridges, churches, squares and buildings) originating from various towns and cities from throughout Spain. But now it’s not just an outdoor architectural museum, because just as if it were a small town, you’ll find characteristic elements such as regional souvenir shops in which you can taste and purchase gastronomic products, or where you can buy a flamenco outfit or mementos from El Quijote. There are also various craft shops and studios (specializing in glass, leather, jewellery, puppets etc) as well as cafes, bars and restaurants that serve specialities from all over Spain.

In buying your Poble Espanyol tickets online you will avoid the queues that sometimes form at the ticket offices, as well as benefitting from a 15% discount on the total cost of your tickets. Once you’ve made the purchase you’ll need to print the reservation confirmation and take it on the day of your visit. 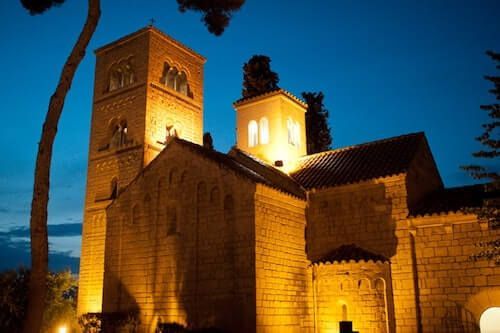 Tickets for the night visit

The grounds were used for the filming of one of the largest European blockbusters, ‘Perfume’. One of the opening scenes as well as the magnificent final scene took place in Poble Espanyol’s Plaza Mayor.

Some of the constructions that have been reproduced

In spite of what you might think when you first see it, the Sant Miquel Romanesque Monastery, which can be found in one of the far corners of the Poble Espanyol grounds, isn’t actually a replica of a monastery that exists, but it has architectural elements of various monasteries from throughout Catalunya (Santa Maria de Porqueres, Sant Benet de Bages, Sant Genís de Taradell, etc.). 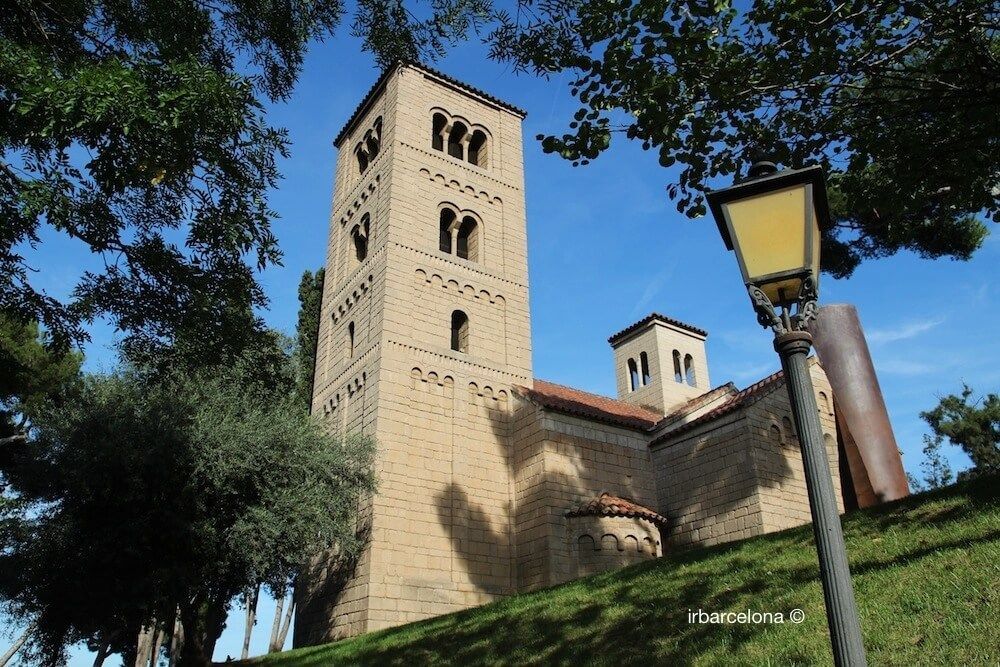 Thanks to the advantages of technology, Poble Espanyol offers its visitors a multimedia experience that complements the knowledge of Spain already offered by the physical buildings in the enclosure. The use of this new multimedia technology when visiting Poble Espanyol means the creation of three new spaces; Welcome Area, Feeling Spain and Fiesta.

Welcome Area: This welcome area is designed to provide information on the history of Poble Espanyol and to help all visitors to plan the best possible tour of the entire site. For this, 8 interactive screens with maps, photographs and videos are used.

Feeling Spain: in this space, which is divided into 5 different areas, the visitor is instructed, visually and interactively, about the cultural and landscaped richness of a country as diverse and rich in these aspects as Spain.

Fiesta: in the Fiesta space a spectacular mapping is projected focused on the many diverse festivals and popular traditions in the different regions of Spain.

The main central square of Poble Espanyol and other spaces such as the covered area are ideal stages for all sorts of events, some of which are free of charge and others you’ll need to pay to attend. As you might expect, there are more events in the summer when the good weather arrives.

Some of the events and activities that take place

Every 31st December Poble Espanyol organises a New Year’s Eve party. This takes place in two separate covered stages, the marquee in Plaza Mayor and the nightclub in the exhibition area. Thanks to the great music and lively atmosphere, there’s no doubt that you’ll have a fantastic time celebrating at this party, in which you’ll find a mix of tourists who are spending their Christmas holidays in Barcelona and locals who are bringing the year to a close in style. 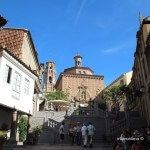 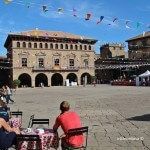 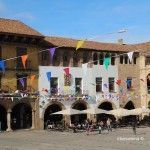 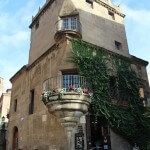 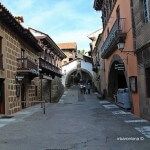 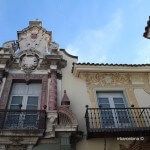 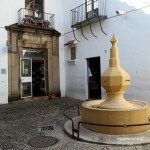 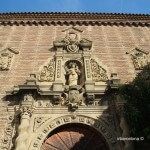 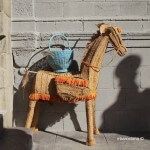 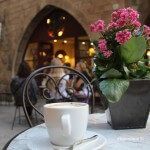 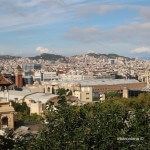 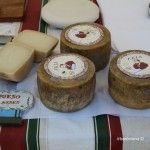 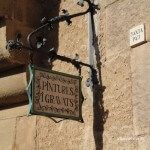 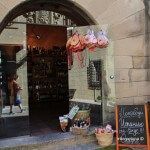 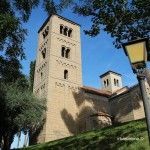 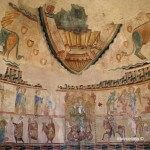 Other discounts: There are other types of discount available, and we recommend asking for further information at the ticket office.

By foot: You can arrive on foot if you’re already in the Montjuïc Mountain area.