Near Barcelona’s port Vell, right in front of the Christopher Columbus Monument are ‘Las Golondrinas’, in English ‘The Swallows’. They are motor boats that travel from the port along Barcelona’s coastline, and have been enjoyed by many generations of the locals as well as the tourists who visit the city. The beauty of a trip in Las Golondrinas is that it’s a perfect activity for people of all ages, and everyone can enjoy the beautiful view from the youngest children to their grandparents, especially if they have early memories of the trip when they were young.

A boat trip from Barcelona’s Port

The first trip in Las Golondrinas took place in 1888, to coincide with the first Universal Exhibition in Barcelona the same year. From then until now, the panoramic view from the sea has changed a great deal, much of it for the best, yet still keeping the original charm from years gone by.

Where to buy the tickets to Las Golondrinas?

Tickets for Las Golondrinas can be bought online in advance via the official website, or on the day itself in the ticket offices next to the Christopher Columbus statue or at the Forum Port (only in July, August and September).

A trip in Las Golondrinas is highly recommended for tourists, whether they are families or couples. You will also find many locals on the boats, and occasionally groups of school children.

Barcelona Port 40′ (tour of the port

This route, which only covers Barcelona’s Port, lasts approximately 40 minutes, and it will allow you to see some of the most well-known and representative sights around the port from a different point of view, including the World Trade Centre, the ‘Porta d’Europe’ bridge, the International Maritime Station, the ‘Llevante’ and ‘Ponent’ docks, the fishing port and the Torre del Rellotge (clock tower).

One of the benefits of going on this trip and not the longer one is that this one uses the traditional boats from the 1950s, made of wood and used by many generations of Barcelona’s locals. Also, because the boats aren’t covered, you’re out in the fresh air and will have a feeling of being closer to the sea – something that you just can’t match with the other boats. 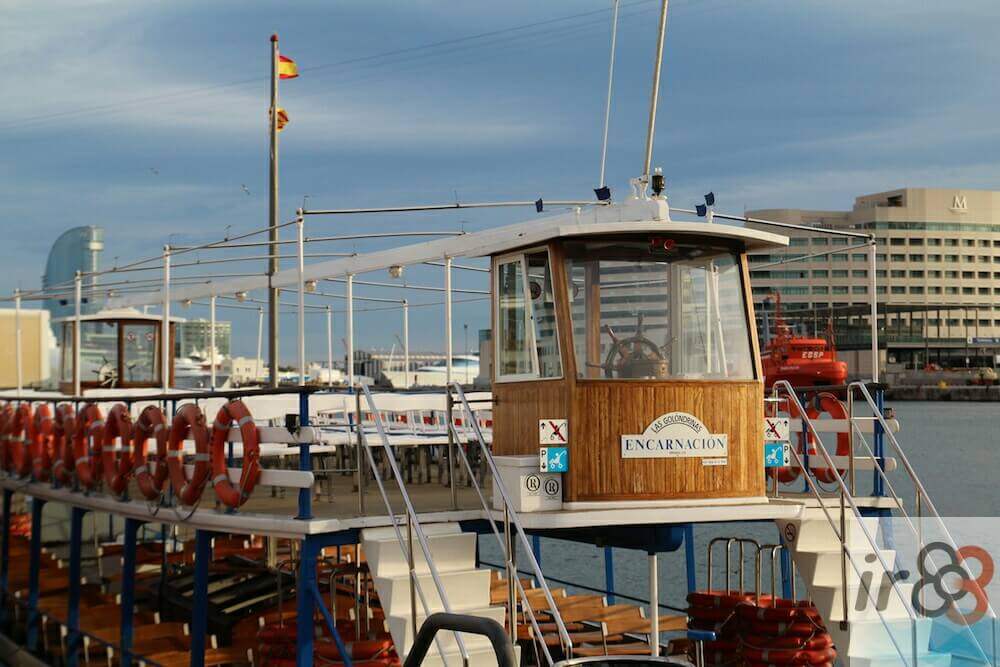 View Tour of the port in a larger map

We recommend that you don’t become tempted by the modernity of the new boats, and should instead do the trip in one of the original wooden boats (called ‘Lolita’, ‘Encarnación’ and ‘Mª del Carmen’) which are easily recognisable. They might not be as glamorous, but they have so much more charm as they are traditional boats dating back to 1950 which have transported so many tourists and locals alike since then, and we think it’s the best way of getting closer to the Barcelona of yesteryear.

Barcelona Mar 1h30′ (tour of the coastline and port)

This trip lasts approximately an hour and 30 minutes (return journey. 60 minutes one way.); the boats are new and well-equipped for this type of journey. As well as all the things you would see on the Tour of the Port, you also discover the ‘Zona Franca’ industrial area of the port, the ‘Nova Bocana’ area which includes the ‘W Barcelona’ hotel, Barcelona’s beaches, the Olympic Village and the Port Fòrum de Sant Adrià de Besós (only in summer), where some of the most spectacular private boats are moored. You can start the tour from one of the two ends of the trip, at the Christopher Columbus monument or at the Forum Port (which is only operational during the months of July, August and September).

View Tour of the Coastline and Port in a larger map 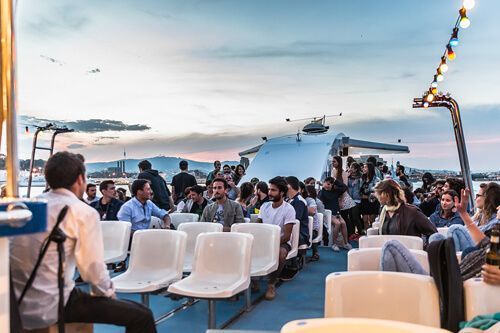 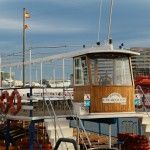 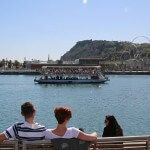 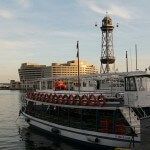 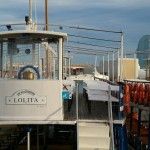 We have given you information about the seasonal timetables above.

Prices of the tours

The prices, according to the trip you decide to do, are shown above.

Metro: The nearest stop is Drassanes (line 3), although you can easily walk from Paral·lel (lines 2 and 3).

On foot: if you approach the area on foot from the city centre, you’ll be able to see the entry to Las Golondrinas ahead of you, in Barcelona’s port.