After an agreement was made between the Barcelona’s Diocesan Museum (MDB) and The Gaudí Exhibition Center, the limited exhibition about Antoni Gaudí that was on the upper floor of the building has now become the main feature of the complex. This is not to say that the Museum’s own works are no longer exhibited, as many religious items of great historical relevance are still on display. Also, part of the exhibition about Gaudí thrives on such works to explain how the architect was inspired by certain religious elements or of sacred art to carry out his creations.

Thus, The Gaudí Exhibition Center is the first museum to focus on the life and work of Antoni Gaudí, the great modernist architect who made his mark on the city of Barcelona in particular, and the world of art and architecture in general. Other sponsors of this pioneering project are the Molines Patrimonis company and The Gaudí Research Institute.

THE PIA ALMOINA BUILDING, THE HOME OF THE MUSEUM

Also known as La Canonja (the Canonry), because it was the residence of a community of Canons from the Sant Agustí order, the Pia Almoina (which translates as ‘devout charity’) forms part of a group of medieval buildings that are integrated into Barcelona’s Roman wall, which dates back to the 4th century. Its main gate is a mix of Renaissance and Gothic styles. Made from iron by the artist Josep Plandiura and the sculptor Enric Pla Montferrer, it has become one of the iconic parts of the building due to its impressive design.

All of the items in the ‘Passejant amb Gaudí’ (‘Walking with Gaudí’) exhibition are original items, with the only exception of a few models that are displayed on the upper floor, which show the final look that some of Gaudí’s unfinished works should have had, such as the church at the Colònia Güell, as well as some projects that didn’t go ahead in the end, such as the Hotel Attraction, that the architect planned to have built in New York.

The four areas of the exhibition

THE INFLUENCES
THE GAUDI’S WORLDS
THE MASTERPIECES
THE LEGACY

The exhibition, which is divided into four sections, aims to explain to visitors how Antoni Gaudí got the inspiration for his works, how this inspiration can be seen in his works and the materials and techniques that were so successfully used to create the final products. The exhibition introduces the visitor to original documents which are of great historical significance, such as the report that was drawn up when Gaudí was admitted into the old Hospital de la Santa Creu when his was run over by a tram, the accident which ended his life, as well as photos including those from the day of his burial and other interesting artefacts which make us understand better Gaudí’s art.

Tickets to visit the Gaudí Exhibition Center (and the Diocesan Museum own works) can be bought on the day of your visit in the ticket office, or if you prefer, you can buy online in advance, which will give you a discount of 20%. Once you’ve bought your ticket online, in order to be able to enter the museum you simply need to present the proof of purchase at the box office. 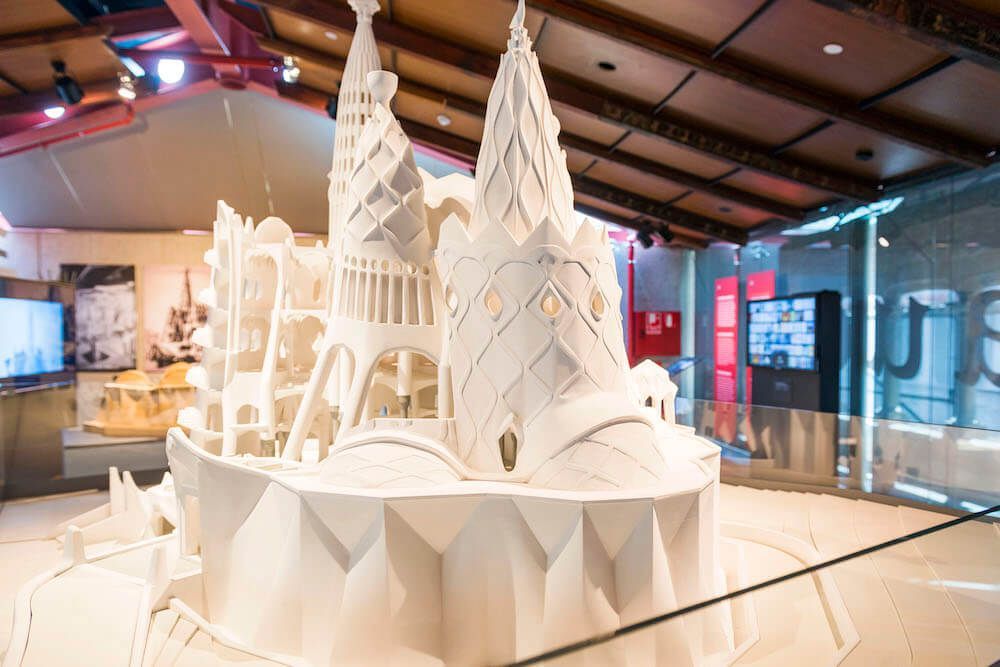 Information about the visit

* Discount of 20% by buying your tickets online.
** There are also discounts for people in possession of a Barcelona Card, Barcelona Card Express and Barcelona Bus Turístic.

If you contact The Gaudí Exhibition Center in advance, you will be able to organize a guided tour for groups. It lasts around an hour, and it’s available in various languages (English, Spanish, Catalan, French, Portuguese, Italian and German) for groups of 20 or more.

Alongside the most historical, artisan and tangible objects in the museum, thanks to Samsung, which is The Gaudí Exhibition Center’s technological partner, the museum is at the cutting edge of technology. The idea is to make the visit as interactive and visually stimulating as possible, and to immerse visitors in Gaudí’s universe. You’ll therefore find kaleidoscopes and interactive multimedia screens, as well as a projected video and a Virtual Reality experience.

On the first floor of the building you’ll find a kaleidoscope, which, although it surprises the visitor at first sight, is somewhat eclipsed by a second kaleidoscope, which is bigger than the first, and can be found on the top floor. It’s understandably one of the most photographed and visited parts of the exhibition.

To sum up, the Gaudí Exhibition Center allows fans and experts in Antoni Gaudí’s work to discover all sorts of lesser-known facts about his life and his work, as well as opening the doors to those who aren’t so knowledgeable about the achievements of the great modernist architect.

You shouldn’t leave without visiting the Virtual Reality Experience, which allows the visitors to immerse themselves and see first hand Antoni Gaudí’s universe, by paying a small supplement. 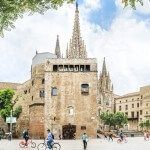 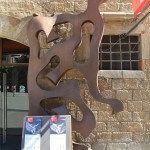 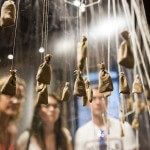 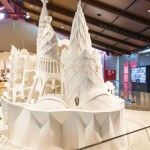 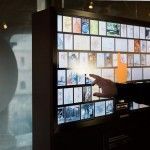 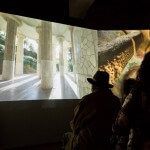 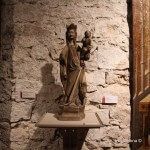 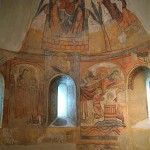 You can find all the information above

You can find all the information above

On foot: right next to the Cathedral, you can walk from anywhere within the Gothic Quarter or El Born.