The Jardí Botànic Històric de Barcelona (in English Barcelona’s Historic Botanical Gardens), is one of the best-kept secrets of Montjuïc. This is partly due to the fact that it’s located in two large hollows created when stone was extracted from the old quarry at Montjuïc, which, together with the leafy trees that camouflage the garden, means that it often goes unnoticed to visitors who pass by.

Barcelona’s International Exhibition of 1929 had left as its legacy several gardens that made Montjuïc the beautiful area that it is today. In 1930 the botanist and chemist Pius Font i Quer was commissioned to create a botanical garden that would complement the existing gardens. In spite of this, it wasn’t until 1941 that the botanical garden was inaugurated, under the direction of another botanist Antoni de Bolòs, who introduced new species originating from diverse places such as the Pyrenees and the Balearic Islands. Years later it acquired yet more varieties of plants, originating from places as far afield and exotic as Central America. 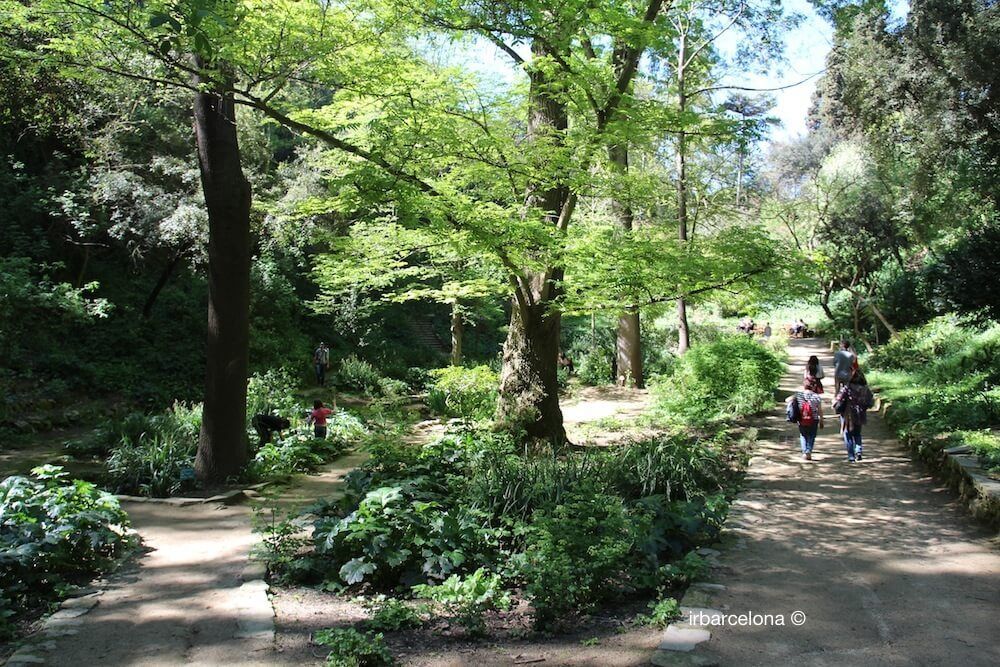 In 1986 the gardens closed for almost 20 years, due to problems arising from the planning actions that were taken for the 1992 Olympic Games, which led to the creation of a new botanical garden, just 1km away, behind the Olympic Stadium. Finally, in 2003, and after some major refurbishment, the Historic Botanical Garden opened its doors once more to the public.

Due to its unique location, resting in two hollows known as ‘Sot de la Masia’ and ‘Sot de l´Estany’ which date back to when the area was used as a quarry for many years, the temperature in the lower part of the botanical garden is an average of 4ºC lower than that in other nearby areas. This gives it a microclimate that favours the growth of species that are native to colder climates, many of which you would very rarely see in Barcelona (for example Sisal, Cycas, Ginkgo Biloba), and some of which are unique to these gardens. 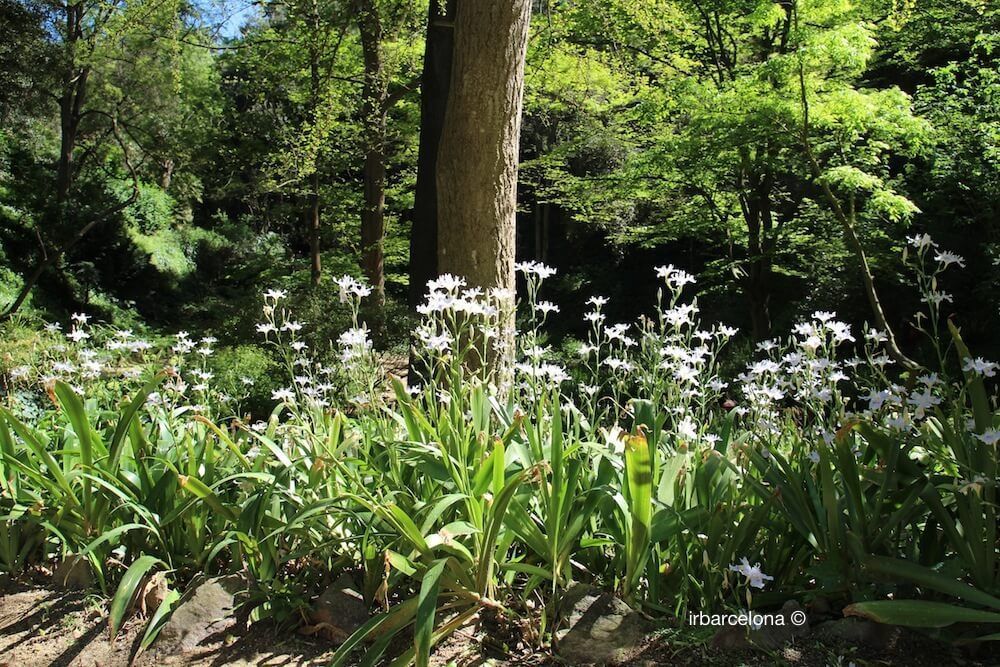 It’s like a small oasis in Montjuïc mountain, and is ideal for a relaxing stroll through its narrow paths, while enjoying the different varieties of vegetation, the names of which are usually displayed on plaques next to each type of plant.

TO TAKE A REST
If you’d like to take a rest in the garden before continuing your walk round Montjuïc, we’d recommend sitting down and sunbathing on the large area of lawn next to the ‘Masia Catalana’, the Catalan farmhouse, or, if it’s too hot, you can opt to sit on one of the benches or by the waterfall in one of the many lush shaded areas.

The waterfall
The small waterfall can be found in the ‘Sot de l’Estany’ (roughly translated as the Hollow of the Pond). To sit next to it, listening to the sound of the water flowing, could well be one of the greatest pleasures of being in the gardens.

Masia Catalana
The typical Catalan farmhouse can be found in the ‘Sot de la Masia’ (the ‘hollow of the farmhouse’), and it was constructed before the gardens. It formed part of the International Exhibition of 1929, with the idea of showing examples of rural life in Catalunya to the Exhibition’s visitors. Nowadays the Asociación d’Amics del Jardí Botànic (the Friends of the Botanical Garden) organise various activities inside the farmhouse, including initiatives designed to teach the health benefits of the plants that can be found within the garden. 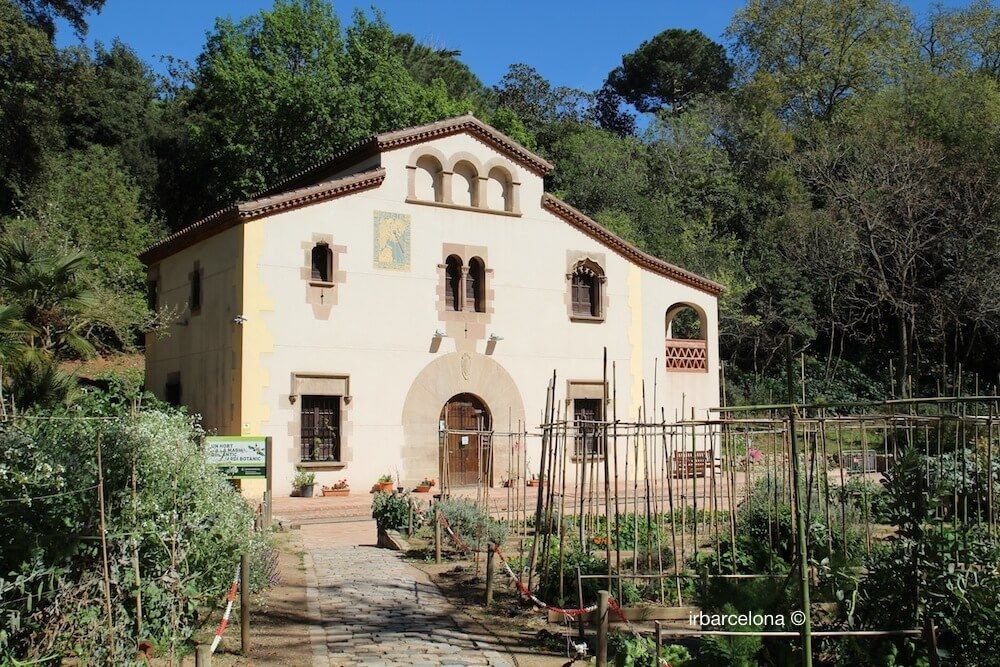 The small sensory garden, also in the ‘Sot de la Masia’, houses a few species of plants that provide sensory benefits, whether it’s to touch or to smell. One of the most curious cases is that of the plant known as ‘Mimosa púdica’ (often referred to in English as the ‘touch-me-not plant’ – with ‘púdica’ meaning ‘shy’), which reacts by closing its leaves when it is touched, to protect it from predators.

Orchard
Next to the farmhouse there’s a small organic garden that is used to preserve and promote the cultivation of some of Catalunya’s typical local vegetables.

As an interesting aside, Barcelona’s tallest trees can be found within these botanical gardens, specifically in the area of the ‘Sot de l’Estany’. So it’s not surprising that in the hottest summer months it’s the perfect place to seek shade! ;) 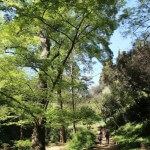 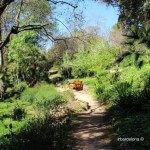 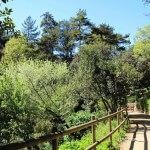 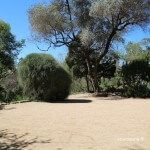 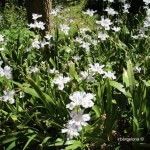 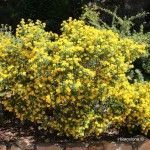 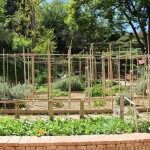 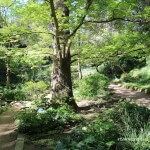 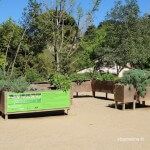 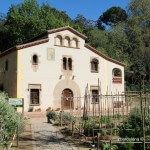 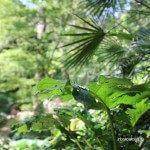 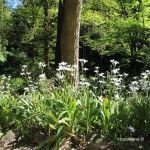 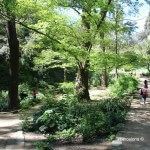 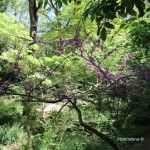 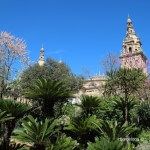 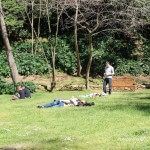 The garden only has one entrance, located on Avinguda dels Muntanyans, specifically next to the steps that take you up to the Avinguda de l’Estadi, between the Palau Sant Jordi and the Olympic Stadium.

Avinguda dels Muntanyans (next to the steps up to the Avinguda de l’Estadi), Montjuïc, Barcelona.

Metro: Espanya (Lines 1 and 3), then you will need to walk around 15 to 20 minutes along Avinguda Reina Maria Cristina, towards the Palau Nacional de Montjuïc.