On the right hand side of the Eixample district, one of the most central areas of Barcelona and parallel to one of the other great roads in the city, the Passeig de Gràcia, you will find the Rambla de Catalunya. It’s a pedestrianized street, approximately 1km in length, and it connects the Plaça de Catalunya with the Avenida Diagonal.

The trees that line the central promenade of the Rambla de Catalunya provide much-needed shade during the hottest months of the year, and with the mixture of bars with terraces and shops, the road almost feels like it’s been designed for comfort and leisure in equal parts.

At Christmas the Rambla de Catalunya tends to be one of the most decorated and illuminated streets, so if you’re in Barcelona over Christmas it’s well worth a visit.

It’s in a central and convenient location, and thanks to its open space and its pathway through the centre, it’s often used as the venue for the city’s celebrations and festivities. It particularly comes to life for the Diada de Sant Jordi (St George’s Day – the patron saint of Catalunya) on 23rd April, when the avenue is full of stalls selling books and roses.

What to look out for as you’re walking along the Rambla de Catalunya?

Although there aren’t any buildings of particular fame on the Rambla de Catalunya, some of the façades on both sides of the street are of architectural interest. This is because the street was built during the geographical expansion of the city at the beginning of the 20th century, which was without a doubt the golden age of Catalan modernism. For this reason, we really recommend taking a good look at both sides of the street, and looking up at this magnificent architecture, much of which could be disguised behind the trees if you don’t take the trouble to cross the street. Among the buildings that you’ll see are the Casa Serra, designed by Josep Puig i Cadafalch and currently the headquarters of the Diputació de Barcelona, the Casa Fargas, designed by Enric Sagnier i Villacecchia, and the Casa Juncosa, a work of the architect Salvador Viñals i Sabaté.

The so-called ‘Illa d’Or’ (in English ‘Golden Island’) is also well-known for its architecture. Situated between the streets of Diputació and the Gran Via de les Corts Catalanes, three great works of modernism stand in this small area: the Casa Pia Batlló, the Casa Climent Arola and the Casa Heribert Pons. Other features of the area that are bound to draw your attention are the two quite amusing sculptures, both works of the Catalan sculptor Josep Granyer. One is a seated giraffe (called Jirafa Coqueta), at the top end of the Rambla de Catalunya next to the Avinguda Diagonal, and there’s ‘Meditació’ at the other end near the Plaça de Catalunya – a very pensive bull!

Without a doubt, you’ll find more bars and restaurants than anything else on the Rambla de Catalunya. The majority of them have an outdoor terrace in the middle of the pedestrianized street, which makes them perfect locations to eat at lunchtime or for your evening meal, or just to enjoy a coffee or a glass of wine whilst watching the world go by. Prices in this area aren’t the cheapest in Barcelona, but you pay for the atmosphere and there are a huge amount of cafés and restaurants to choose from. The terraces are highly recommended for people looking for an area of the city with a good atmosphere, but without the overcrowding that you will probably experience on Les Rambles.

In the nearby streets, as well as finding many more bars, restaurants and shops there’s also something for the culture vultures. You’re only one street away from the wonderful architecture of the Passeig de Gràcia, where you’ll find the Casa Batlló, the Casa Milà and the Casa Amatller amongst others. Other nearby places of interest include the Museu del Modernisme de Barcelona (Museum of Art Nouveau), the Fundació Antoni Tàpies, the Egyptian Museum and the Fundació Francisco Godia.

Walking along the Rambla de Catalunya, you’ll also come across many clothes shops, many of them aimed at those with slightly more disposable income, but there’s also something for every budget, ensuring that it’s one of the most commercial areas of the city. Some of the shops are inside the Bulevard Rosa, a shopping centre in a block between the Rambla de Catalunya and the Passeig de Gràcia.

Hotels and other accommodations in Rambla de Catalunya

As it is such a central location, there are many hotels and accommodation of all kinds available along the avenue and its streets nearby. Staying in one of these accommodations is perfect as you can get around the city by foot. You can reach Plaça Catalunya, the most central point of the city, in about 5, 10 or 15 minutes, depending on where your accommodation is exactly. 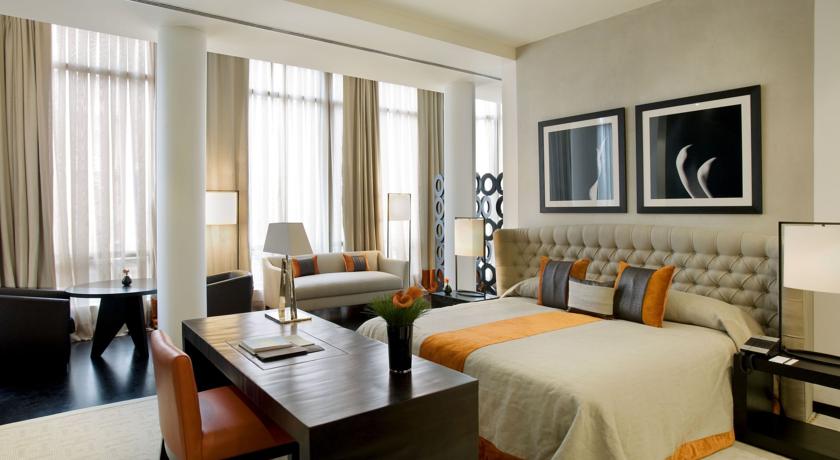 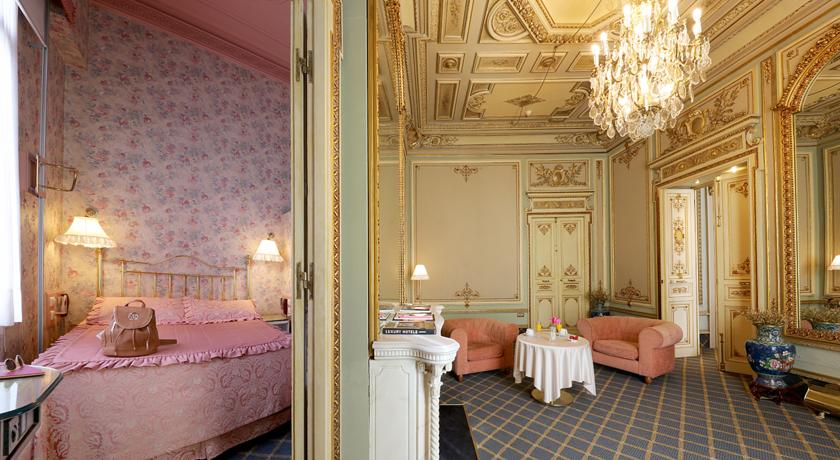 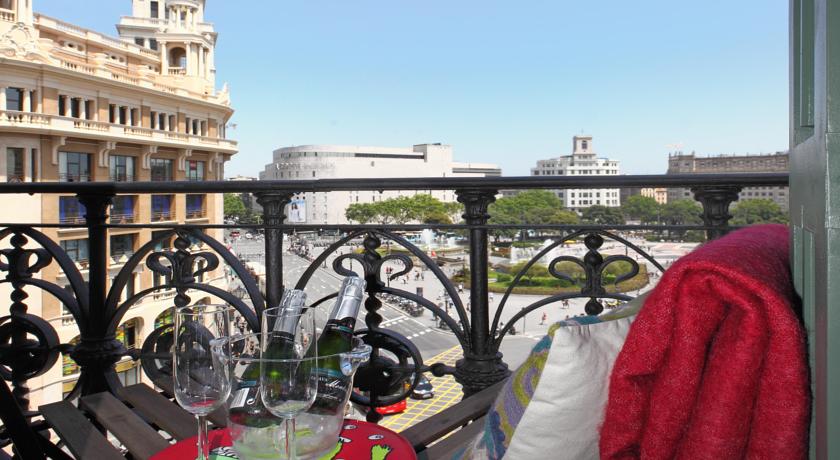 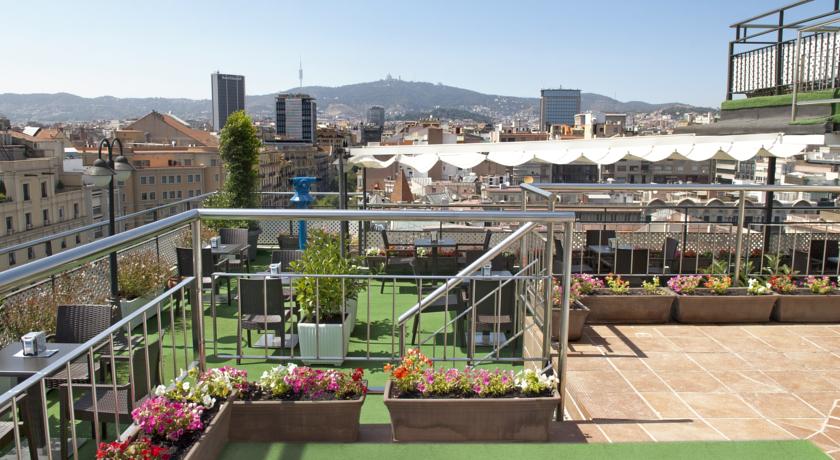 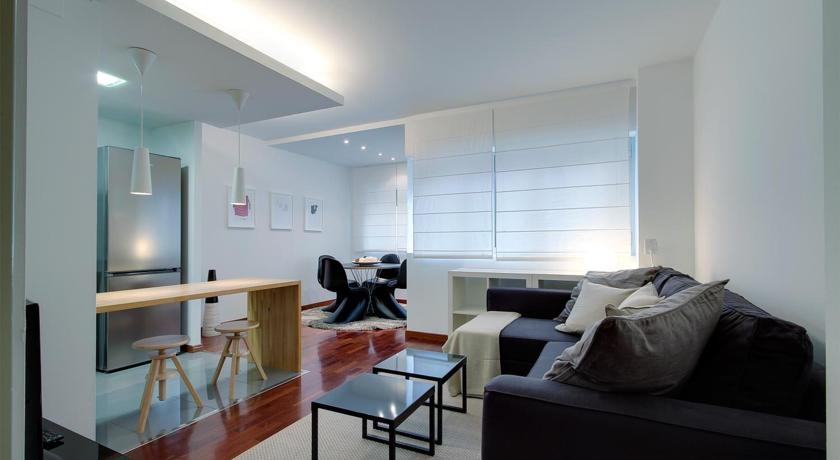 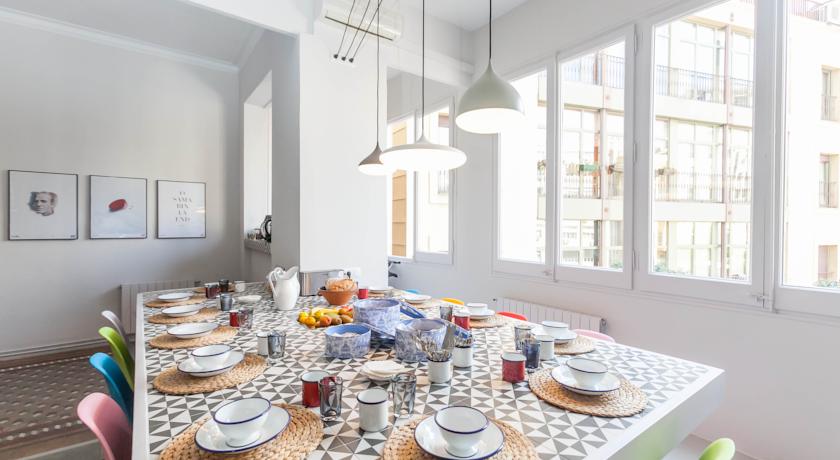 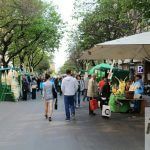 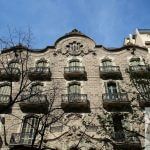 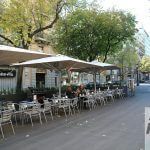 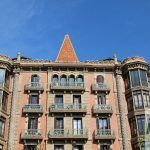 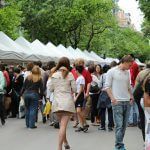 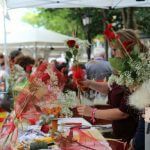 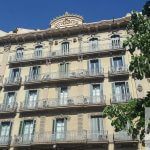 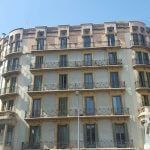 How to get there, and a map showing nearby places of interest