The Plaça de Sant Josep Oriol is named after the priest Josep Oriol, who was born in Barcelona in 1650 and who was the beneficiary of the adjoining parish of Santa Maria del Pi, dedicating his life to looking after the sick who didn’t have much money. The area where the square is now located was originally one of the church’s cemeteries, and in spite of the efforts made by the clergy to avoid this, it was paved over in order to avoid the health problems that were a cause of concern for all churches’ cemeteries at the time.

Thanks to the central location of the Plaça de Sant Josep Oriol there’s a constant flow of people passing through it each day, although they tend to just walk through it rather than stopping to take a look. We think the reason for this is that both locals and tourists alike are often keen to see the nearby Basilica de Santa Maria del Pi, whose lateral runs parallel to the square, and that immediately attracts the attention of anyone who approaches it. 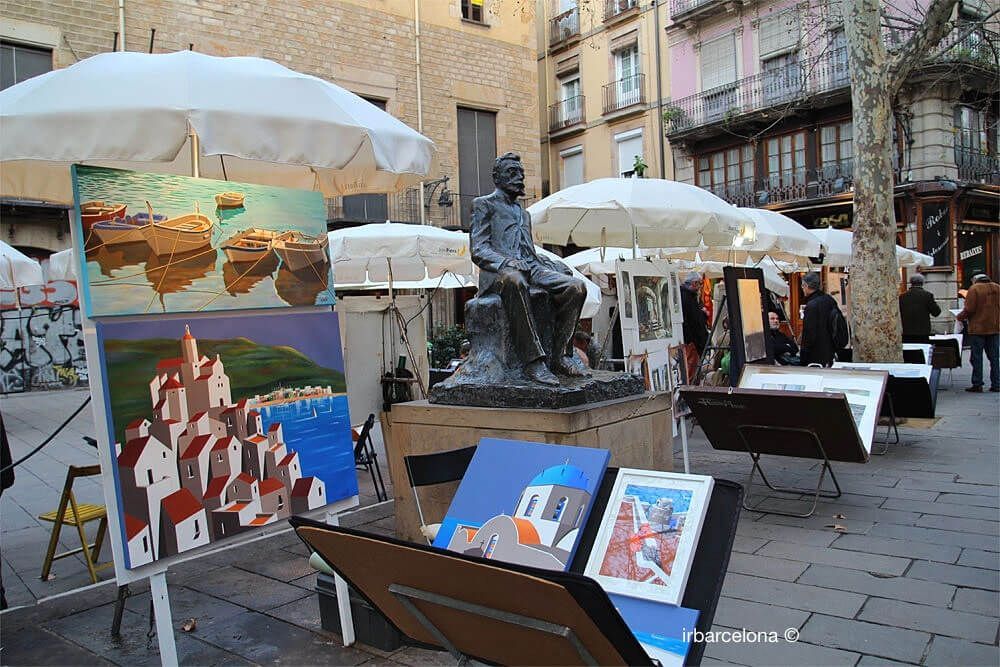 Our hope is that you’ll stop and take a little rest in this square, as it’s the only way in which to appreciate all the little historical and artistic details that it hides.

Sculpture of Angel Guimerà
An original work by Josep Cardona i Furró, the statue of Angel Guimerà, who was one of the classics of Catalan literature, was cast in bronze by Josep M. Codina. The sculpture sees the writer and poet looking towards the Santa Maria del Pi’s façade, completely indifferent to the crowds of people passing by, and his only real company lies in the painters who exhibit their works every weekend, almost exclusively for him.

Palau Fivaller
The Palau Fivaller is the current site of the Institut Agrícola Català de Sant Isidre. It dates back to the end of the 16th century, although its façade was given a major facelift in the 18th century. Commissioned by the Fivaller family, the building is situated in the square at Nº4.

Painters
The vast majority of people who cross the square and actually end up stopping there arrive during the Mostra d’Art Pintors del Pi, an art show organised by the Associació de Pintors de la Plaça Sant Josep Oriol i Pi, which takes place every weekend. This little art exhibition gives the square quite a bohemian atmosphere, quite similar to that of the Place du Tertre in Paris’s Montmartre district, although on a much smaller scale.

Bar del Pi
In a building dating back to the end of the 18th century at Nº1, you’ll find the Bar del Pi, which is one of the most historic and emblematic bars in the city. We recommend stopping there for a drink, whether to sit inside or outside in its terrace, which will give you an unbeatable view of the square and you’ll also be able to see the street artists and musicians. 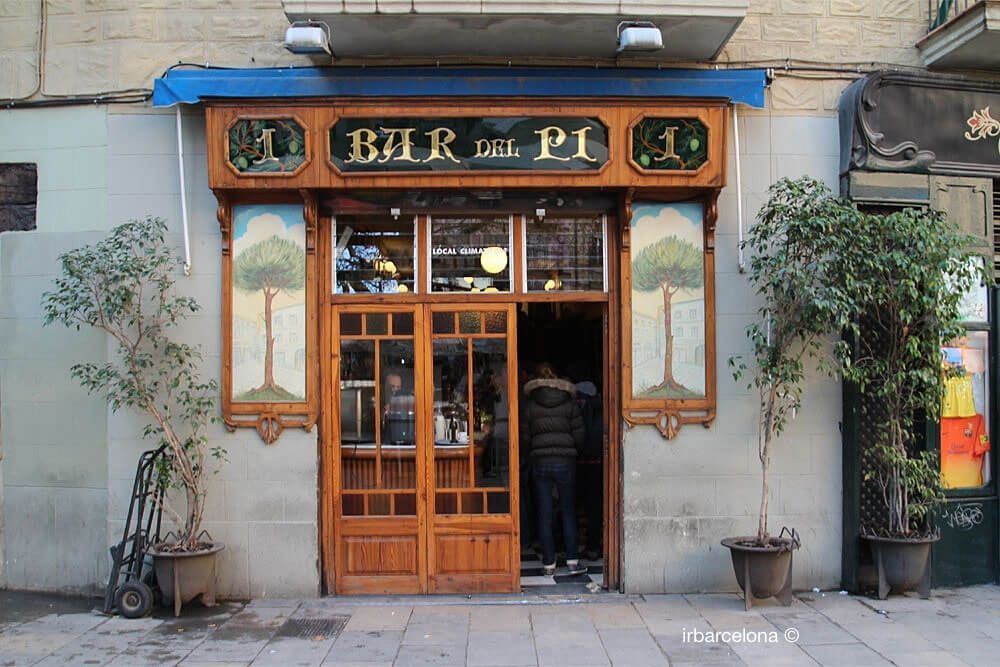 Plaque
On the wall of the Church of Santa Maria del Pi, at the corner of the Plaça del Pi and the Plaça de Sant Josep Oriol you’ll find a large plaque that commemorates a moment in history: the builder José Mestres fell from a gap without railings at the top of the church. In spite of his size and the height from which he fell, he escaped serious injury.

Plaça del Milicià Desconegut
On the northern wall of the church you can see a painting that reads ‘Plaça del Milicià Desconegut’, which means ‘Square of the Unknown Soldier’. The work was painted by a soldier in the middle of the Civil War, with the idea of anonymously paying tribute to everyone who was fighting to avoid General Franco’s coup d’état. Years later, during the dictatorship, the painting was covered over but over a period of time the details started to show through again, and it was eventually restored to its former glory in 2009, just as it was when it was painted in 1939. 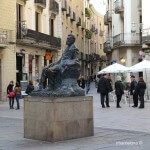 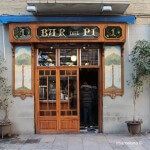 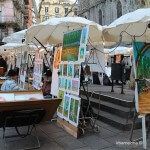 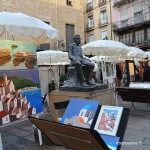 Opening hours of the art fair