The Basilica of Santa Maria del Pi, or as it is known in Spanish Santa Maria del Pino, is located in one of the most beautiful areas of Barcelona with plenty of history and culture, the Gothic Quarter. The basilica is surrounded by two beautiful squares, Plaça del Pi and Plaça de Sant Josep Oriol, as well as a third smaller square, Placeta del Pi. Its facade is somewhat hidden away in between the narrow streets of the area, but its beautiful bell tower can be seen from various parts of the city, including from the famous Rambla de Barcelona.

A brief history of the Basilica of Santa Maria del Pi

Although there is no concluding documentation, there are several indications that the Santa Maria del Pi church originated in 5th century AD when a small church was built on the same site. After the huge economic success experienced by the Crown of Aragon during the 13th and 14th centuries, the most important churches of the city were renovated. Between 1318 and 1320, construction began on the current Basilica of Santa Maria del Pi. However, due to several misfortunes, including the plague that blighted the city, it was not until the 14th century that they finally finished building the church. Since then the church has had some additions and improvements made including the bell tower. 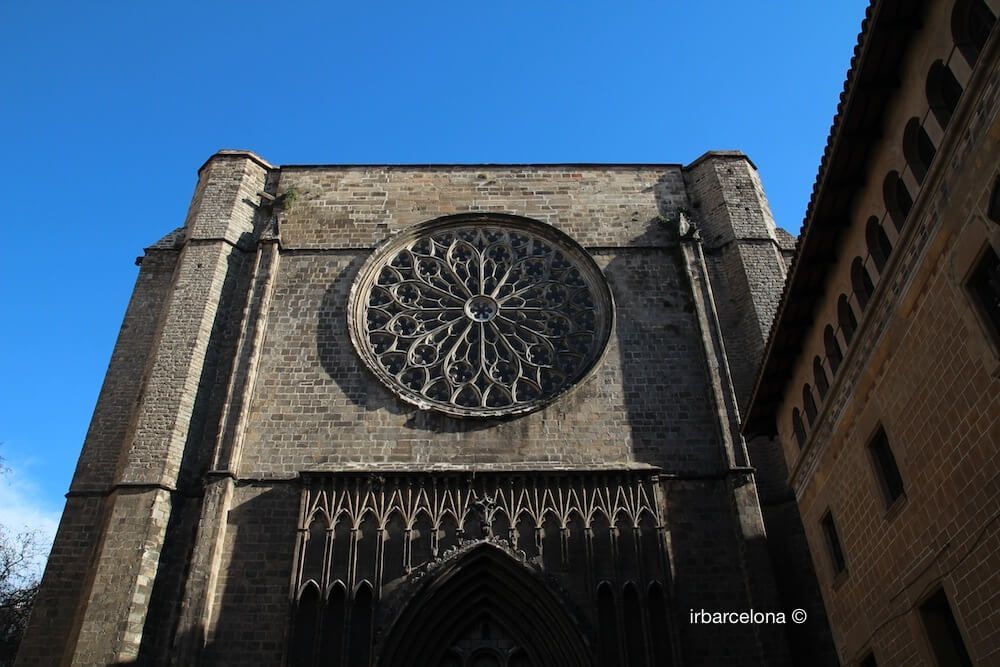 The Basilica of Santa Maria del Pi has played a key role in many historical events, in particular the War of Succession where the site suffered in 1714 and during the Spanish Civil War.

You have to pay to enter the museum spaces of the basilica (Bell Tower, Treasury, Museum, Crypt and Garden). The price varies depending on if you choose a general visit or a guided visit, as well as the content of the spaces you visit. 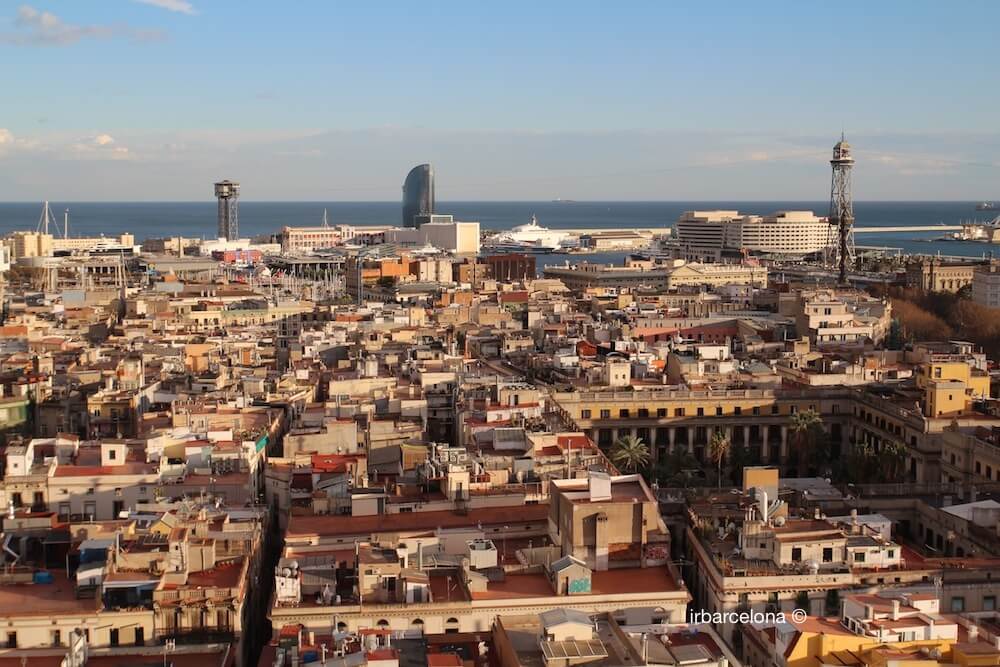 General visit / Guided Visit (including up the bell tower)

Free outside of visiting hours

During certain hours (10:00 to 18:00) you have to pay to visit the museum spaces. Outside of these hours (Sunday morning and Monday to Sunday at the end of visiting hours until the basilica closes) you can visit inside the church for free but you cannot access the museum spaces as they will be closed.

The church commonly known as Església del Pi (church of pine tree) is several centuries old and has many features, both historical and architectural, that make it unique to other Gothic churches in Barcelona.

The most incredible view is of the enormous rose window that tops the main façade and can be seen from Plaça del Pi. We recommend you to not only take a look at the main facade but also to go around the other sides of the church to Plaça de Sant Josep Oriol and Placeta del Pi.

10 metres in diameter make this rose window the biggest in Catalonia. Unfortunately, it is not the original rosette as this was destroyed after a large earthquake in the 15th century. After this misfortune, another rose window replaced it but this then fell onto Plaça del Pi at the start of the Spanish Civil War when militants burnt the church’s organ, which was just below the rose window. Currently you can see an exact copy of the last rose window made in 1950. 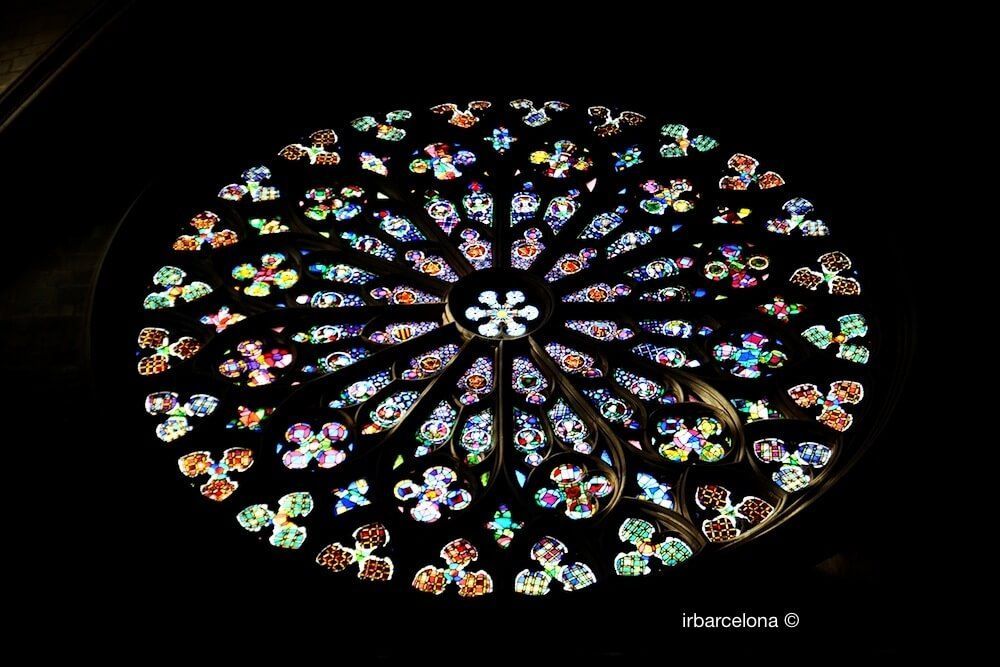 The crypt is small and located below the main altar. It is usually closed but you can access it on one of the guided visits. Sometimes the crypt is used as a space for showing a historical exhibition on the basilica.

The Treasury and Museum

The treasury is in a small room where the bells of the church were originally cast. It now houses priceless Gothic and Baroque metalwork which have belonged to the church for several centuries, such as the monstrance and the Lignum Crucis, a relic from the end of the 15th century. You can also see some medieval coats of arms and two paintings “La Sagrada Familia” and “La adoración de los Reyes” (Adoration of the Kings). 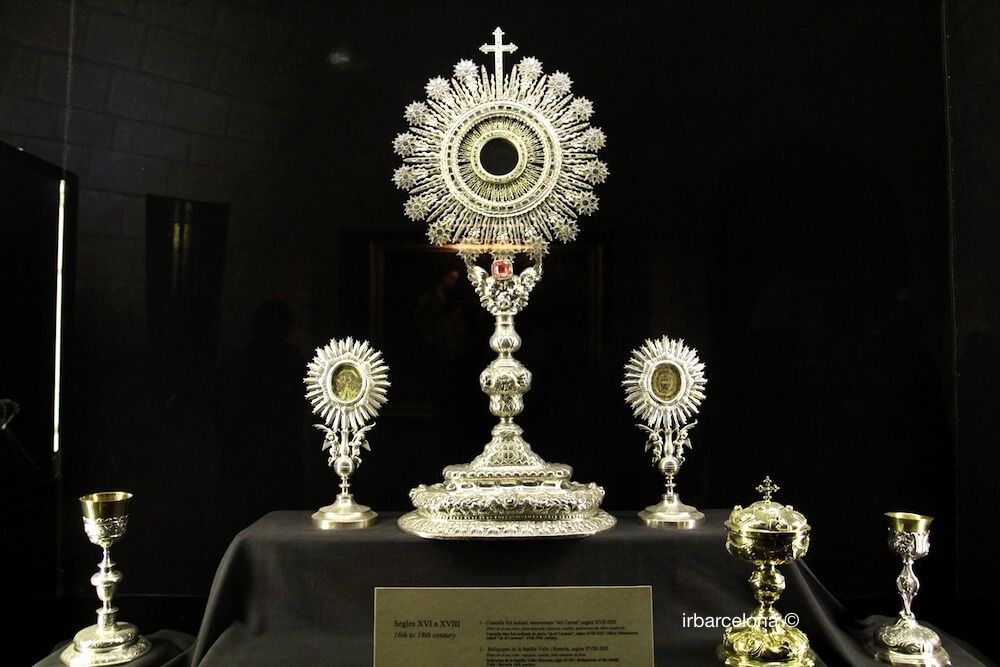 In the adjoining room there is the museum where you can find some extra pieces and more detailed information on the church’s history.

The Pi Bell Tower has 6 bells and was built during the 15th century. It is one of the most spectacular features of the church. The tower is almost 55 metres tall, double the height of the church’s nave, and gives you incredible views overlooking the old part of the city which you can enjoy during a complete guided visit. 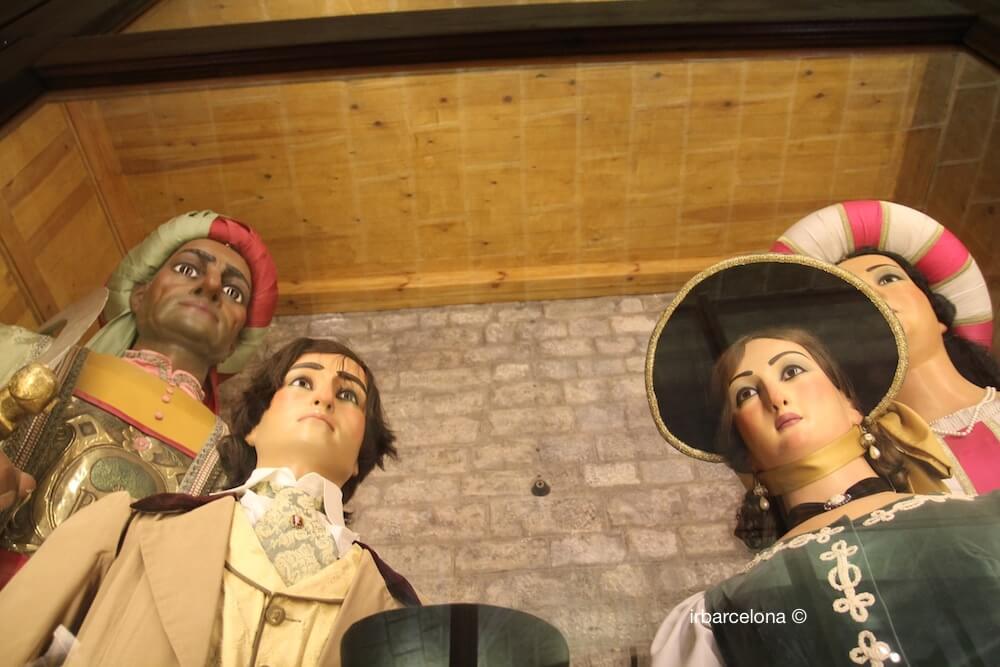 In the church’s main entrance from Plaça del Pi, you can see “Els Gegants del Pi” in a display case, which translates as Pine Giants. These giants, whose origins trace back to the 16th century and have always been kept in this church, are a historical part of Barcelona’s traditions and are still used today in many different festivals.

The basilica hosts many different activities. One of the most popular being the live concerts where the Spanish guitar is often the main star of the show. There are also occasionally sensory tours and guided visits at night organised by Adsentia Barcelona. 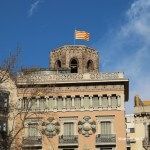 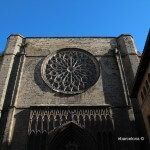 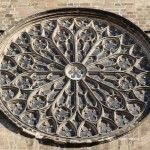 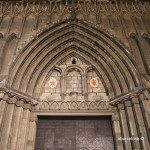 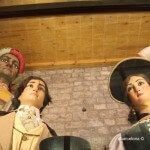 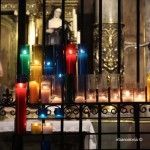 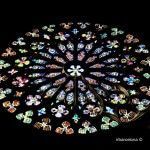 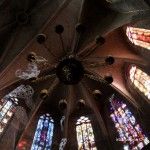 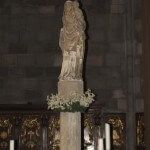 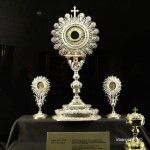 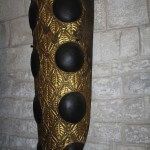 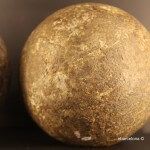 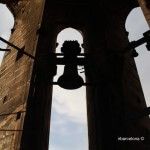 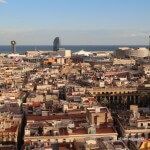 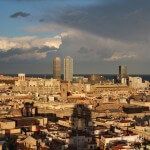 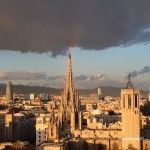 This information has been included above.

This information has been included above.

By foot: Almost touching La Rambla, you can easily get to the church by walking and it is a short walk from Plaça Catalunya and the rest of the area.