One of our personal favourite haunts is the Plaça de Sant Felip Neri, as its one of those little corners of the city that has such a special charm and that is still relatively unknown by locals even though it’s right in the heart of the city centre.

The reason it remains undiscovered by many people probably lies in the fact that the square can only be accessed by walking through the narrow streets of the oldest part of the city, and you’re only likely to come across it if you’re really looking for it, or if you’re one of those people who, like us, loves to wander round the city without a fixed destination in mind, perhaps becoming a little disorientated, and when faced with a decision as to which way to turn, you’ll always take the lesser-known street without needing to know where it leads. 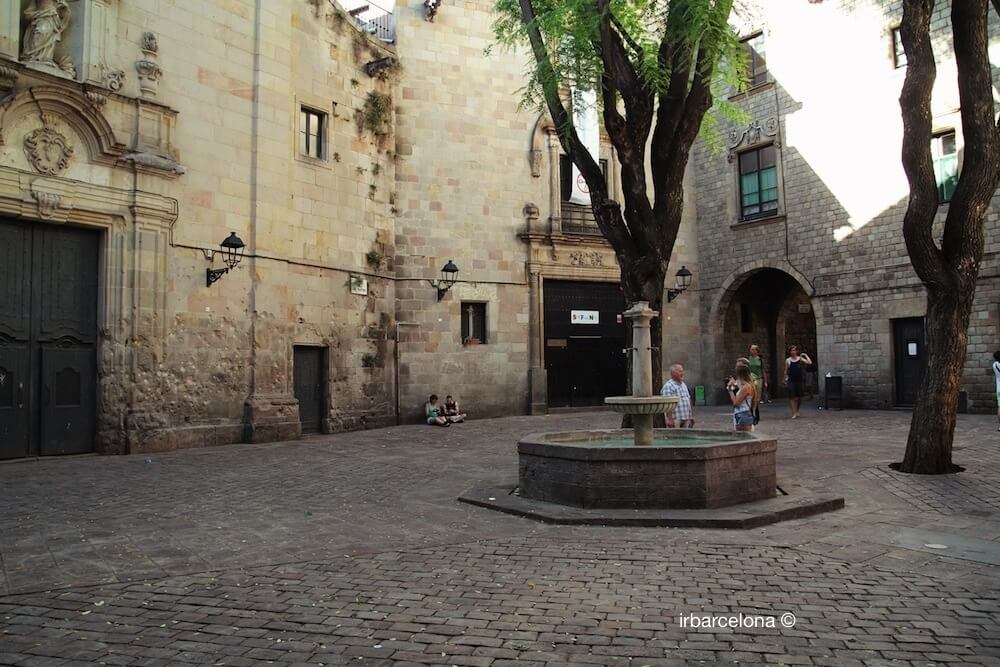 Some of the adjectives that are used the most to describe this square are ‘beautiful’, ‘romantic’, ‘marvellous’ and ‘charming’, amongst many other positive descriptions. Below we hope to be able to show you why each of these adjectives is so apt, and we hope that you take the time to visit this square, whether you’re visiting the city as a tourist or whether you live there. The most important element of the Plaça de Sant Felip Neri, and what usually attracts the visitor is its history, or, we should say its tragic history.

The Plaça de Sant Felip Neri found itself at the centre of one of the bloodiest episodes in the Spanish Civil War. One 30th September 1938 a bomb fell on the church, tragically resulting in 42 fatalities, most of whom were children from the Sant Felip Neri school which was affiliated with the church, and they had been sheltering in the church to protect themselves against the on-going bombings of Barcelona. 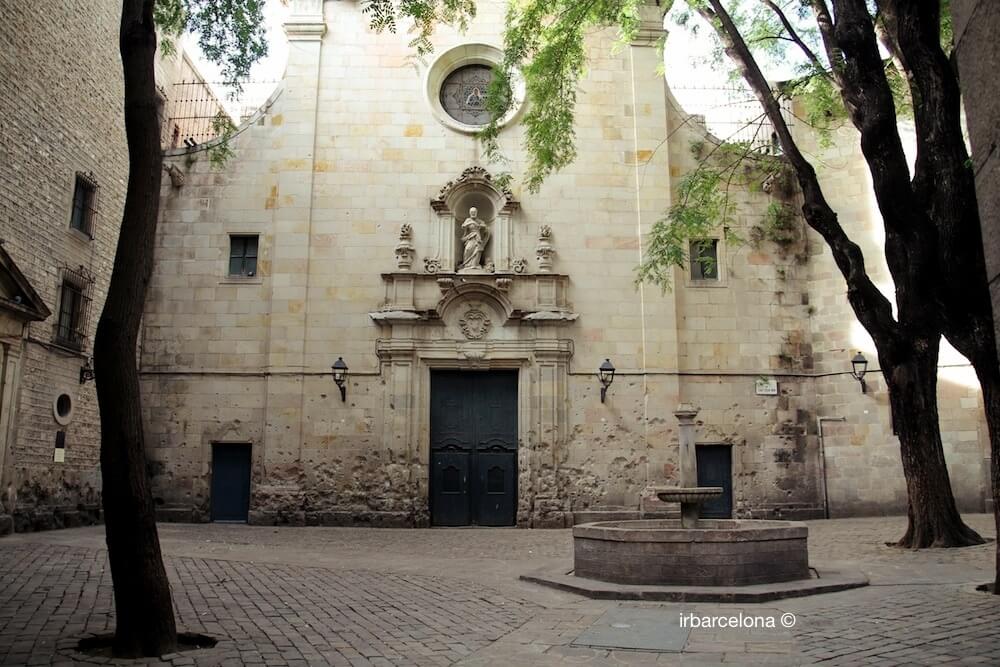 As a consequence of these bombings various buildings in the area were destroyed, creating an open area that had until then not existed, and which is now the Plaça de Sant Felip Neri. In spite of suffering major damage, fortunately the church resisted the attacks and stayed standing. In the mid-20th century the decision was made to move other gothic buildings from other areas of the city, stone by stone, to the Plaça de Sant Felip Neri, instead of demolishing them to make way for urban developments. In order to keep the gothic feel to the area the façade of the more modern Hotel Neri was covered in similar stone, with the result of creating a beautiful square that isn’t as old as it might appear at first sight.

There are plenty of elements to look out for when you visit the square, and as we don’t want you to miss out on any of them, we have listed them below.

Shrapnel marks
One of the elements that caught our attention were the visible marks on the façade of the Iglesia de Sant Felip Neri, which are simply the remains of the shrapnel from the bomb that fell on the square. In spite of claims to the contrary, these shrapnel remains aren’t from shootings that were carried out in the square, but were caused by the shrapnel from the bomb that exploded.

The fountain
In the middle of the small square you’ll find an octagonal fountain that really gives the square a special magic touch. It’s wonderful to listen late at night, when the only sound you will hear in the square comes from the water flowing from it. 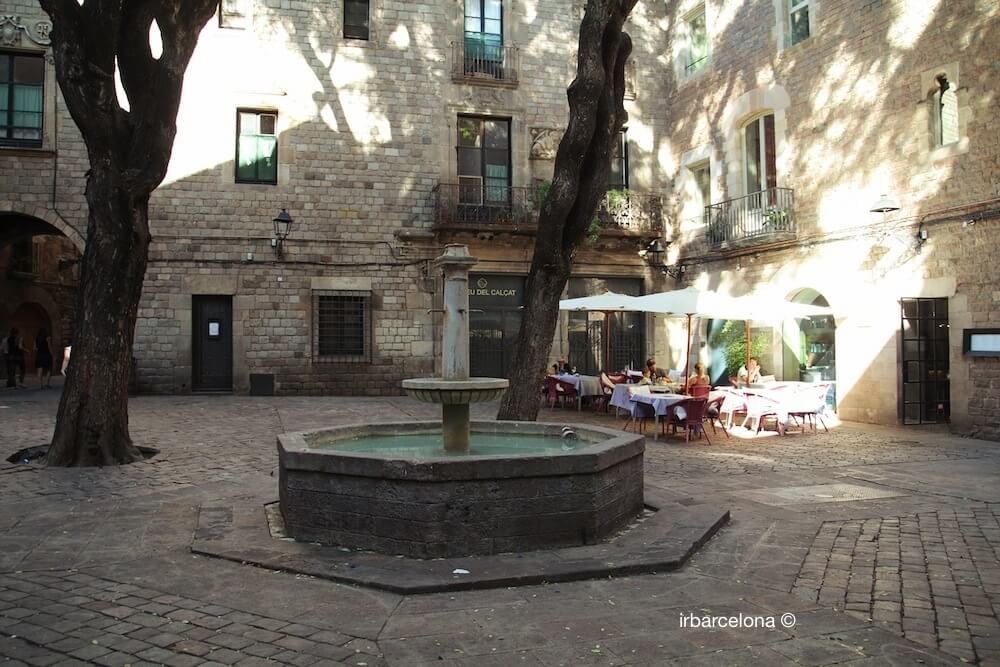 When to visit the square?

Here at irBarcelona we recommend visiting the square during the day or at night, as both the view and the atmosphere change according to the time of day. There’s always a feeling of peace and tranquillity in the square, which is only ever broken by the children from the Sant Felip Neri school, who tend to use the square as a playground, or by the chatter from the restaurant’s terrace.

By day
During the day we would recommend that when you go to the square you take the opportunity to have a drink in the Hotel Neri’s outside terrace, enjoying the wonderful peace that the square emits, which seems impossible given that just down the road hundreds or even thousands of tourists will be discovering the busiest parts of the city.

By night
When the sun goes down the square becomes more magical and romantic. Although we appreciate that as you’re walking down one of the dark narrow streets in order to access the square you might think that it can’t possibly lead somewhere so special, we urge you to keep walking as you will find that it’s really worth it.

Before arriving, we recommend that if it’s the right kind of weather, you treat yourselves to an ice cream from one of the nearby ice cream parlours, so that once you arrive at the square you’ll be able to enjoy it sitting next to the fountain in the middle. If you’re going there as a couple and you arrive there fairly late at night, you might even be lucky enough to have the square to yourselves, which could provide you with a very romantic backdrop. 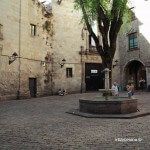 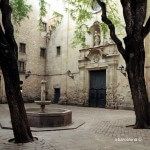 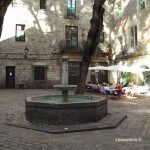 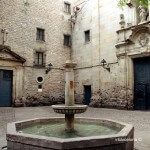 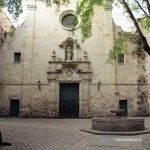 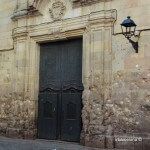 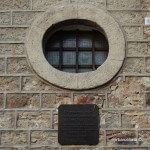 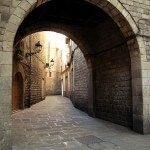 Map, and how to get there

As we’ve already said, the square is very centrally located, but away from the most visited areas of the city. Situated just a few metres from Barcelona’s Cathedral and from the Plaça de Sant Jaume, getting there is easier than it might seem. There are two possible places from which to access the square. We’ve made you a little map that shows where the square is located and the best way to get there.