Last year, around this time of year, I had the opportunity to organize the first irBarcelona prize draw. The prize was a Barcelonink calendar, which is very original and unique in style, and as the draw was such a success, we’ve decided that it would be great to offer three of the new 2015 calendars to our readers this year.

You may well have heard of the artist Xavi Julià, whether it’s through reading his articles that we have shared on our social networks, or from having seen one of his works, which are becoming more and more high profile, in other media. 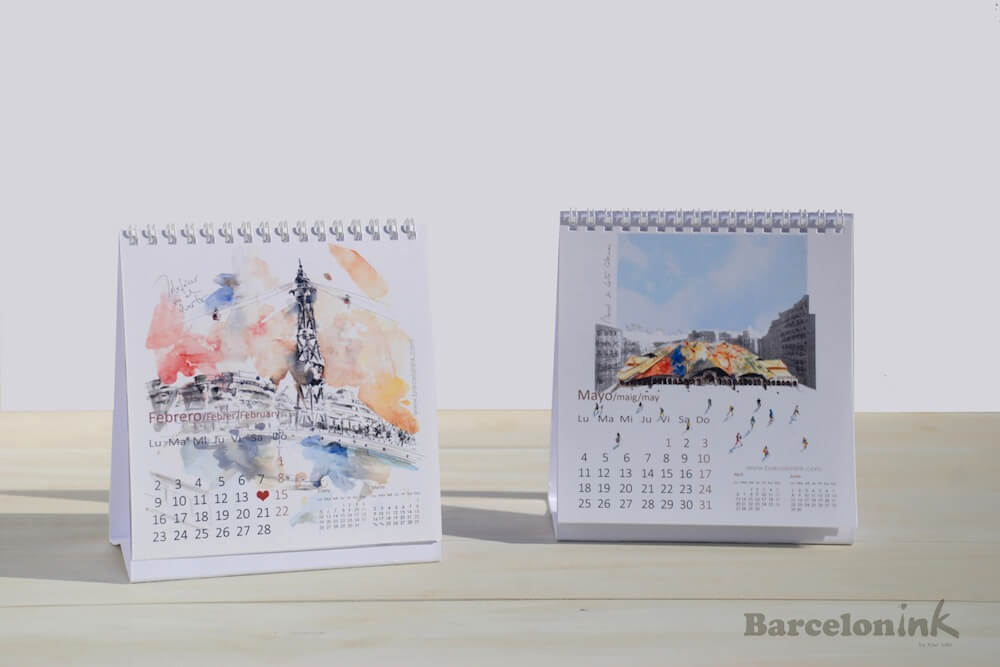 The use of Chinese ink, along with the unique style Xavi has of illustrating his drawings and the subjects he chooses – a mix of the most touristic sights and the most authentic places in Barcelona – all contribute towards the secret his success. As if this isn’t enough, we’re convinced that his hard work, passion for his art and professionalism also go a long way to ensure the wonderful end result of his work.

Just like last year’s calendar, the 2015 calendar has been produced single-handedly by Xavi, and it’s another prime example of the care and attention that goes into every one of his works and projects. The 12 drawings that accompany each month in the calendar were carried out in situ, in the street, and according to Xavi’s own words this “enables me to capture the feelings I get from the place in which I draw, and from its environment”, and this clearly shows in the final result.

The 12 drawings in the calendar

How to take part in the draw

In order to take part in the draw for one of the three Barcelonink 2015 calendars, you will need to register on our website, before 23:59 on 17th December 2014 (Spanish time, GMT+1), via the following form, giving your name and email address, so that if you’re lucky enough to win, we can contact you directly.

Photo gallery of the calendar 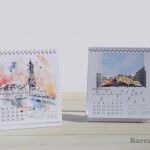 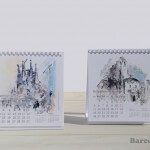 Rules of the draw

Three identical Barcelonink 2015 calendars are on offer.
You can register to take part in the draw until 23:59 on Wednesday 17th December 2014 (Spanish time, GMT+1).
The three winners will be chosen via the Sortea2 application on Thursday 18th December 2014, and their names will be published on our Facebook page, on our Twitter feed and on this website itself.
We will contact the winners of the calendars on the same day, Thursday 18th December, and winners will have a maximum of 48 hours to reply to our message, giving us a postal address to which we can send the calendar (we will post free of charge to the prize-winners).
The email address that each participant has given us will remain registered to receive our Newsletter (although you can unsubscribe whenever you want in one easy step). Your email address will never be passed on to third parties (other companies or organisations) and will only be used for us to notify you about any articles we publish about Barcelona that may be interesting to you, or of any forthcoming cultural events in the city, as well as information about any future prize draws that we may organize.

From Barcelona, and specifically from the Nou Barris district, Xavi Julià is a graduate in Fine Arts; although he is known mainly for his drawings and murals of Barcelona carried out in Chinese ink, his oil paintings are also of high quality, as he has shown in many of his works.
Web: Barcelonink
Facebook: facebook.com/barcelonink
Email: hola@barcelonink.com.
Tlf: 699.856.884.

Have you enjoyed reading this article?

If so, it’s likely that more people will like it too, so please feel free to share it on your social networks! ;) You can also subscribe to our newsletter, in order to receive updates every time we publish a new article, which will also mean that you will benefit from our prize draws and offers. 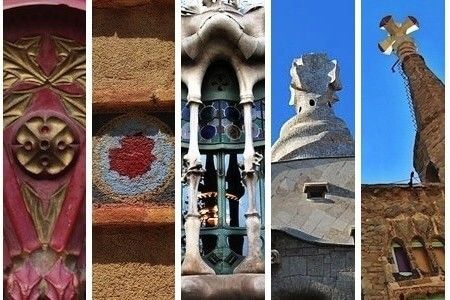 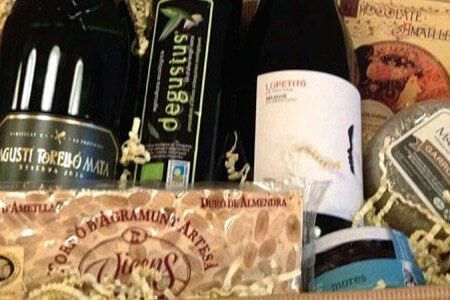