Held for the first time in 1962, the Sagrada Familia Christmas Market is the “youngest” among those considered as the three most important Christmas markets and fairs in Barcelona (the other two are the Santa Llucía Christmas Market and the King’s Market on Gran Via). Despite its privileged position, in the Plaza de la Sagrada Familia and, precisely, in front of the magnificent monument by Antoni Gaudí, surely its “young age” compared to the other two historical Christmas markets in the city, is one of the main reasons why it is considered as the third most important Christmas market in Barcelona.

All about the Sagrada Familia Christmas Market

Although, as it is a Christmas market, it is quite similar to the King’s Market on Gran Via, it shares the most similarities with the Santa Llúcia Christmas Market. Because of the dates on which it is celebrated, which usually range from the last week of November to a couple of days before Christmas Day, as well as the type of products sold. These products can be divided into four different types of businesses; those that sell Christmas trees and plants, those that sell nativity scenes and ornamental Christmas decorations for the home, stands that offer gifts and/or handcrafted items and, finally, some stands where you can buy sweets and some traditional winter foods.

Sagrada Familia Christmas Market 2020 Sagrada Familia Square: several stands on the outside of the square and inside.
Calendar: 26th November 2020 – 23rd December 2020 (to be confirmed).
From Monday to Friday: 10am to 9pm.
Saturday, Sunday and public holidays: 10am to 10pm. 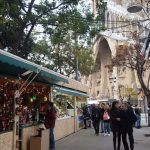 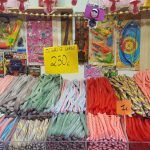 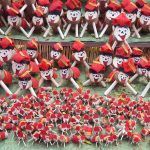 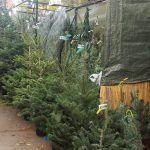