Popularly known as Sitges Film Festival and whose official name is the International Fantastic Film Festival of Catalonia, it is one of the most important and renowned film festivals held not only in Europe but in the rest of the world. This annual festival, as its name suggests, is held in Sitges, a beautiful coastal town in the province of Barcelona and barely 40km from the city of Barcelona.

Origin and brief history of the Sitges Film Festival

The first year of the Sitges Film Festival took place in 1968 under the name of the 1st International Week of Fantasy and Horror Film. Since then, many things have changed about the Festival. Although fortunately, many other things have remained the same, such as the fact that its venue has always been the town of Sitges as well as its specific theme, always centred on the Fantastic and/or Horror genre. Today, the great professionalism shown by the organisation over the years, coupled with the excellent list of stars that participate each year, the original and attractive parallel activities that are organised and the large and passionate audience that attends, have made the Sitges Film Festival an essential international event within the celluloid world.

Like every year, the 2019 edition of the Sitges Film Festival is packed with many horror films and, above all, from the fantasy and science fiction genres. Also, and in order to preserve the festival’s cheerful and somewhat rogue-like spirit, a wide variety of activities of all kinds will liven up the atmosphere and entertain attendees and, in particular, the festival’s diehard fans. Here we offer you information and several interesting facts about this year’s festival. 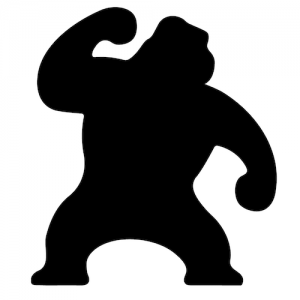 Dates, official programme and details
Date: 3rd to 13th October 2019.
Where: various locations in Sitges (info below).
Times: films are shown throughout the day (day and evening).
€ Price: variable.
2019 Programme: Web oficial. to be published
Attend the Sitges Film Festival

Programme and sections of the Sitges 2019 Film Festival

If there is one iconic and much-anticipated event by all horror film fans during the Sitges Film Festival, it is without a doubt, the Zombie Walk. This is a parade of zombies who walk through the streets of Sitges, creating a unique and terrifying atmosphere. Everyone can participate and the only thing you need is a good zombie costume and makeup as well as plenty of enthusiasm to enjoy walking as, or being passed by, something scary.

Sitges: Much more than a film festival

Sitges is one of the most touristic coastal towns in the province of Barcelona and the rest of Catalonia. And it is that, in this charming town, the great leisure activities available; beaches and coves, bars, restaurants and clubs, trails and walks to enjoy hiking and bicycle routes, is complemented with great cultural activities; Can Llopis Romantic Museum, MariCel Palace, MariCel Museum, modernist buildings, magnificent churches and hermitages, etc. Undoubtedly, irBarcelona encourages you to, whenever you can, make a quick trip to Sitges, either during the periods considered high season (Carnival celebrations, the summer months and during the Film Festival itself) as in other periods of the year, when Sitges still keeps its charm and you can feel more relaxed to enjoy them.

How to get to Sitges from Barcelona?

By car
Journey time: 45 minutes (approximately).
Toll: Depending on the route chosen, you will have to pay a toll.
Where to park: in the centre of Sitges and nearby, the only way is to park the car in the blue zone (on the street) or in one of the private car parks (covered). If you go to a screening in the evening you will be able to park your car in the blue area without paying (more information on the blue zone in Sitges, here)