Developed in the middle of the 19th century under the plan known as ‘Pla Cerdà’, the Rambla del Poblenou brought a breath of fresh air to what was at the time a predominantly industrial area of the city. At the time of its construction it was called the Passeig del Triomf, in English the ‘Avenue of Triumph’, but it has always been known by the masses as the Rambla del Poblenou, and officially changed its name in 1986. With the gradual closure of industries, the district was eventually transformed into an area of much commercial and leisure activity, with the Rambla de Poblenou at its heart.

At a length of 1km, stretching from the Gran Via de les Corts Catalanes to just a few metres from the platja del Bogatell (Bogatell beach), the Rambla de Poblenou is one of the city’s longest ‘Las Ramblas’. 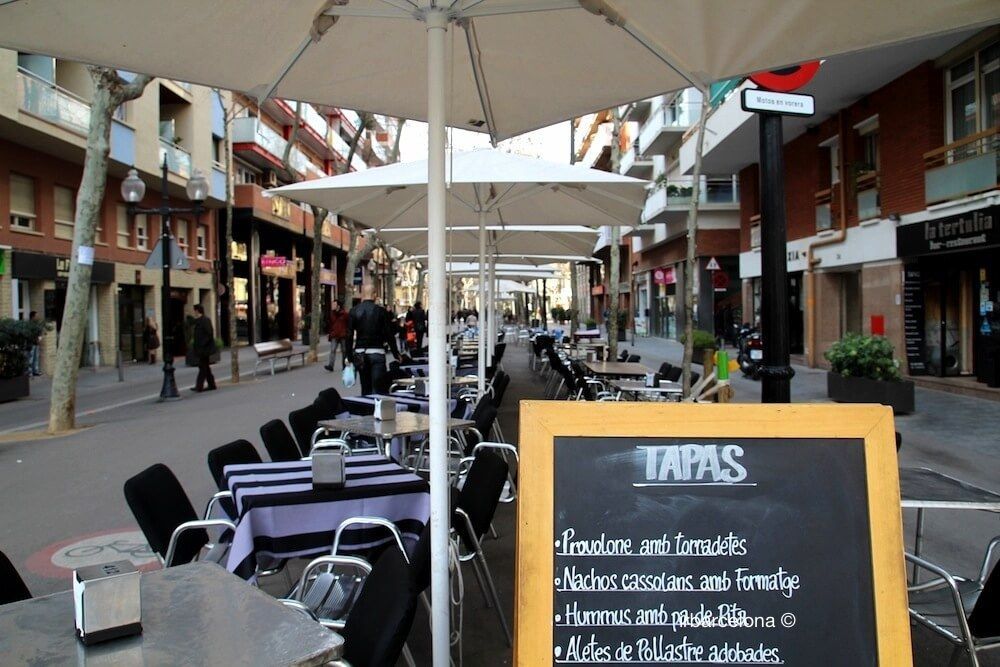 Part of the charm of Poblenou and the Rambla that bears its name is that although the area has been developed and modernised extensively over the years, especially after the urban reforms to the surrounding area which is commonly known as ‘22@ district’, there’s still a lively atmosphere in the neighbourhood, and the locals can still be found out in the streets.

Depending on the time of day, or the time of the year at which you visit the Rambla del Poblenou, the atmosphere changes quite a lot. During the central hours of the day in the summer months, the area is usually at its most lively, with many people out on the streets and in the terraces of the local bars, especially towards the end of the day when bathers return from the beach. During the rest of the year, and even during the summer at quieter times of day such as first thing in the morning, the Rambla del Poblenou is almost solitary and bucolic, with the only disturbances to the peace being neighbours chatting and children playing outside after school.

You still don’t see many tourists along the Rambla del Poblenou; as it’s not an area with tourist attractions in the immediate vicinity, visitors to the city usually only come to this area if they are staying in one of the many nearby hotels, especially when the good weather arrives.

What does the Rambla del Poblenou have to offer?

Bars and restaurants form the vast majority of premises in the area, and their terraces take up much of the Rambla de Poblenou. It’s therefore a perfect place to relax, have a drink with friends or have a meal, as the quality of the food, given the reasonable price, is very good, especially when you compare it to that of bars and restaurants in one of the busiest streets of Barcelona for tourists, Las Ramblas. 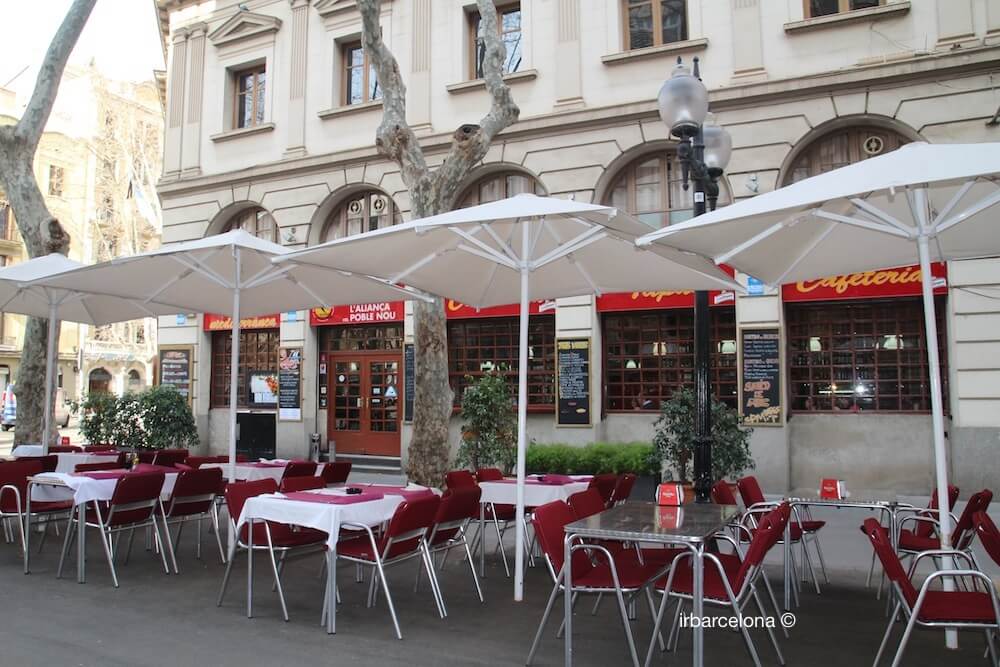 Among the many cafés and bars on the Rambla de Poblenou, a highlight has to be El Tío Che, a historic ‘Horchatería’ (Orxateria in Catalan), which is a café that specialises in Horchata, a milk that’s made from a local almond called ‘chufa’. A visit to this family run café is essential if you’re in the area.

As well as this type of bars and restaurants, you’ll also find many modernist buildings that give the Rambla de Poblenou quite a stately feel to it, in spite of not having the international reputation of other areas of Barcelona. In addition to these buildings, there are a few sculptures along the avenue, such as the monument of Doctor Josep Trueta, a work by Josep Ricart i Maimar, and L’Adolescent, by Martí Llauradó. 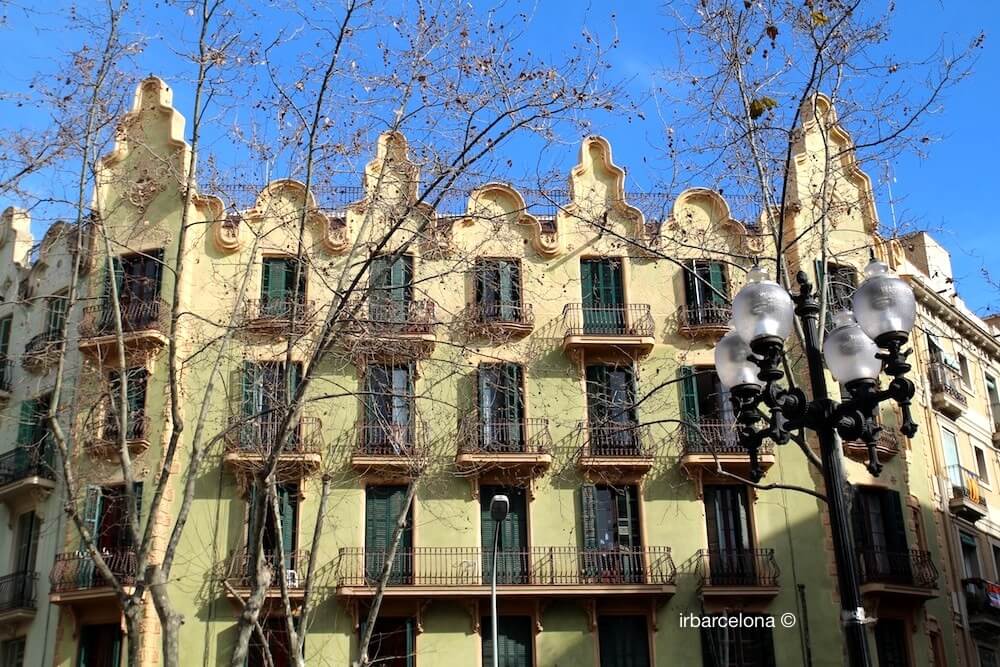 The Casino l’Alliança, just opposite El Tío Ché, is very important to the cultural life of the area; it’s a venue where many concerts and shows are held.

On the outskirts of the Rambla del Poblenou

After enjoying a pleasant walk along the Rambla del Poblenou, we recommend that you might like to wander through the nearby streets a little, as the area has quite a lot to offer. Examples of this are the Parc Central del Poblenou, designed by architect Jean Nouvel, the Poblenou Cemetery, or the platja del Bogatell, which is less busy than the neighbouring beaches of Barceloneta and Sant Sebastià. The walk will also be an opportunity to look at the ultra-modern architecture of some of the huge buildings in the area, which are in complete contrast to the historic buildings, many of which had their heyday in the industrial era.

As a suggestion, we recommend that after a day on the beach and a few hours in the sun, there’s nothing more enjoyable than wandering along the Rambla del Poblenou, where the rows of trees provide pleasant shade. You’ll be able to sit outside in one of the many terraces, without the usual hustle and bustle of many of the city’s other central areas. 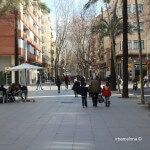 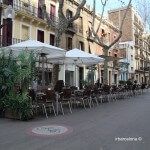 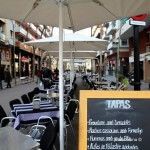 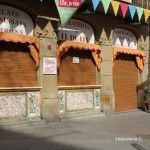 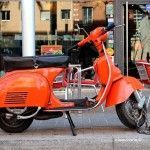 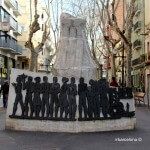 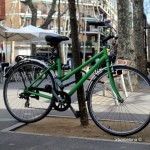 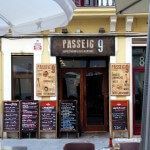 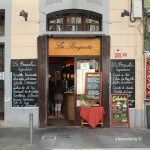 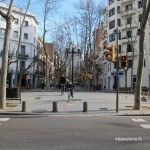 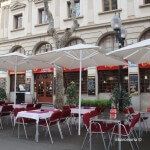 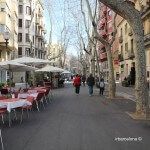 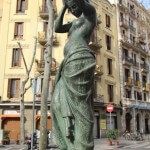 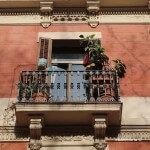 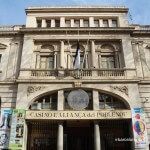 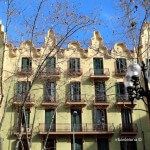 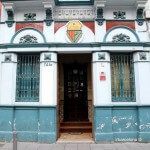 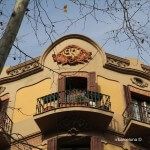 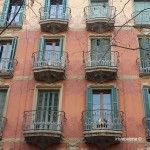 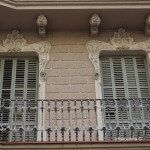 How to get there, and a map of the nearby places of interest

Metro: Poblenou and Llacuna (line 4)
Bus: 6, 7, 26, 36, 40, 42, 71, 141 and 192. As it’s a fairly long road, the bus will drop you at one end or another, depending on which bus you catch.
On foot: In spite of the fact that it appears to be in an area which is a little further out of the city centre, you can walk to the Rambla del Poblenou in 45 minutes from the neighborhood of Sant Pere, Santa Caterina and La Ribera, and that’s at a very leisurely pace. You can also walk from La Barceloneta, in which case we recommend walking along the sea front.