The Casa Vicens (in English, House Vicens) is a relatively unknown building, possibly unfairly so, both by tourists and by the locals, and it was listed as a World Heritage Site in 2005 by UNESCO. It’s located in the Gràcia district, which was formerly a small town independent from the city centre, where many of Barcelona’s wealthier residents had a second home in order to escape the hustle and bustle of the city. It’s one of the most outstanding modernism Art Nouveau buildings in Barcelona, and the man behind it was Manuel Vicens Montaner, a well-known stockbroker, who ordered its construction. The designer was none other than Antoni Gaudí, a relatively unknown architect at the time.

Highlights about the House Vicens

One of the main reasons for taking the time to see the Casa Vicens is the fact that it’s the first work of considerable importance of Antoni Gaudí, who had graduated as an architect just a few years beforehand. The success in the design of Casa Vicens gave him the experience and reputation that he needed to eventually undertake the major projects for which he’s now so well-known, notably the Casa Batlló, the Casa Milà and of course the Sagrada Familia, amongst others. 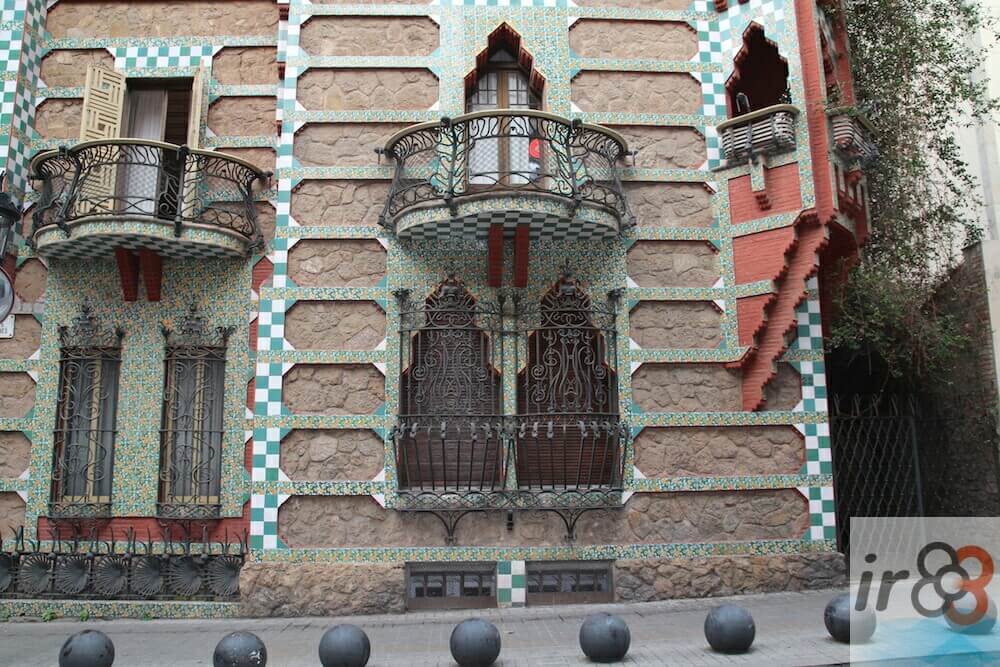 Even at first sight, the façade of the Casa Vicens immediately attracts your attention, and has many aspects in common with the later works of Gaudí, such as the use of bright colours, intricate wrought iron features, as well as the extreme attention to detail. However, you will also see many differences between this design and Gaudí’s later projects, in that he almost exclusively uses straight lines rather than the curved designs for which he became so famous.

We recommend that wherever possible you visit the Casa Vicens on a sunny day, since the ceramic tiles really reflect the suns rays, especially due to the vibrancy of the colours used.

Looking at other features, you’ll also be able to see the influence of Japanese and Indian forms, which all fits in harmony with the overall design of the building, and the façade is also one of the first examples of Gaudí’s use of one of his greatest resources, that of forms found in nature.

As an anecdote, we should point out that the great gate that surrounds the building wasn’t designed by Antoni Gaudí, but by Llorenç Matamala, a well-known Catalan sculptor from the end of the 19th and the beginning of the 20th centuries. 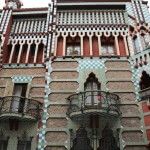 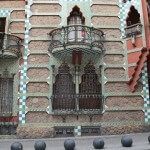 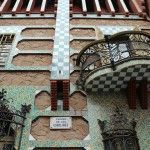 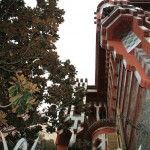 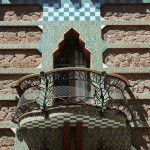 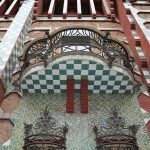 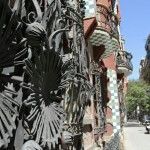 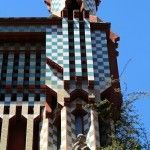 On foot: If you’re in the Gràcia district, you’ll easily be able to walk to the Casa Vicens on foot.