Casa Calvet by Gaudí in Barcelona

Just as with many of Antoni Gaudí’s works, in spite of the fact that it’s very close to the Casa Batlló and La Pedrera, the Casa Calvet is still overlooked by visitors and locals alike, and this is mainly due to the fact that the building is still private property so the inside can’t be visited. Also, although the façade is truly beautiful, it’s overshadowed by the greatness of the architect’s more well-known buildings.

The Casa Calvet building, made up of a basement, four floors and the terrace, is named after the textile merchant who commissioned its construction, Pere Màrtir Calvet. It was built in 1899, and a year later it was the first building to be awarded the prize for the best designed building in the city, given by Barcelona’s city council. In spite of having various modernist elements, which are very clear in the design of the balconies or the top of the façade, for example, where you can see three inverted lobes in curved form, Gaudí used the baroque style as the basis of the rest of the façade, and the Casa Calvet is therefore considered a transitional work. 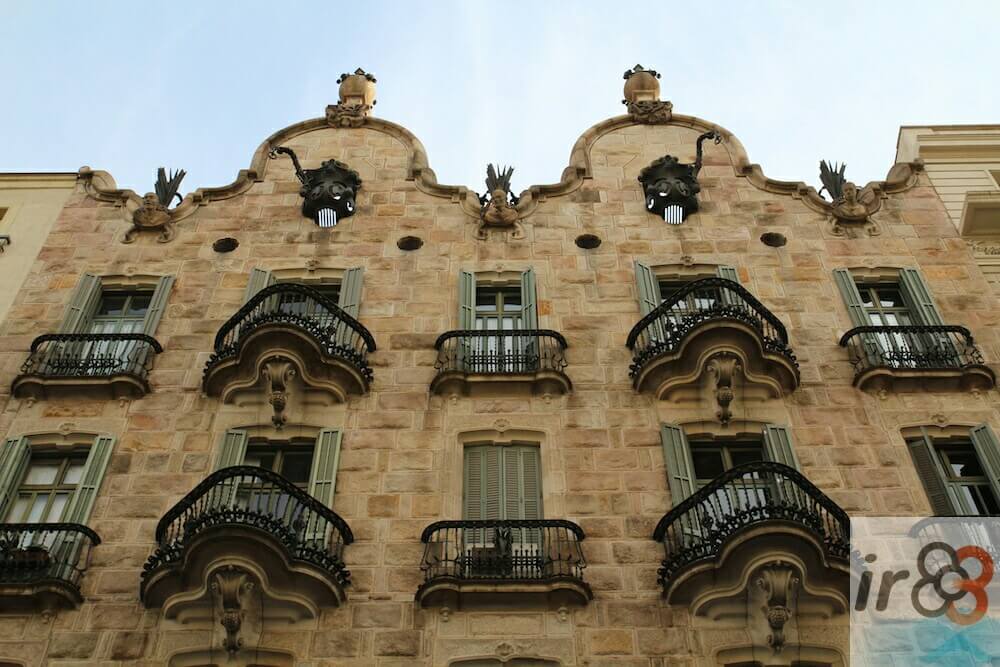 Unfortunately, as the Casa Calvet is private property, it’s not possible to visit the interior. However, on the ground floor, where the Calvet textile business’s offices were once housed, you’ll now find a chocolate shop, Chocolates Brescó, and the well-known restaurant Casa Calvet, which inherited the name of the building. Through both of these buildings you’ll be able to see part of the inside of Gaudí’s work, and especially the restaurant’s granite columns, the arches with reliefs as well as the roof, which is of typical Catalan style of this period.

If you decide not to go into the chocolate shop or eat in the Casa Calvet restaurant, you’ll still be able to see the magnificent façade, which is full of details typical of Antoni Gaudí and of the other architects a who contributed towards the construction of the building, such as Lluís Badia, whose craftsmanship you can see in the wrought iron. You can also go into the chocolate shop and see the original dome, also the work of Gaudí, which you can still see today. Other details of the Casa Calvet that stand out at the reliefs that take the form of mushrooms, which give a clear sign of just how much the architect was inspired by nature when he designed many of his works, three busts that are representative of different saints (Sant Pere Màrtir, Sant Genís histrión and Sant Genís notari – the latter two are patron saints of Calvet’s hometown) that crown the façade, the inscription ‘Any 1899’ referring to the year in which the Casa Calvet was built, which is visible in two globes at the top of the building, as well as the letter ‘C’, in honour of Pere Màrtir Calvet, carved in a large corbel.

FOR GAUDÍ ENTHUSIASTS
Without doubt, the building is a very interesting place to visit for all Gaudí and architecture enthusiasts. We therefore recommend that you take the chance to have a look at the Casa Calvet as you walk up the nearby Passeig de Gràcia. 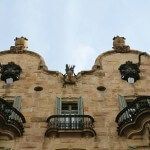 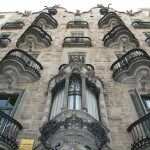 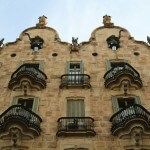 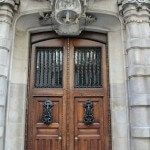 You can only see some of the inside of the building if you go in to the chocolate shop or the restaurant.

On foot: Just 10 to 15 minutes’ walk from the Plaça Catalunya, you can reach the Casa Calvet by taking a short walk from anywhere in the city centre.