Declared a historical and artistic monument, the ‘Reial Monestir de Santa Maria de Pedralbes’ (the Royal Monastery of Pedralbes) is one of Barcelona’s many hidden gems. And it’s ‘hidden’ in more ways than one, because as well as not being one of the city’s best known attractions, it’s also located in an area slightly outside the city centre, a place that tourists tend not to visit, and is even not so well-known with some of Barcelona’s own inhabitants.

In Catalan Gothic style, the monastery was built upon the order of King Jaume II El Just (‘The Fair’) and his fourth and final wife Elisenda de Montcada. It took just over a year to build, which explains why its architectural style is so uniform. Upon the death of the King, the Queen moved to a private residence within the monastery grounds, which brought with it many privileges, including protection from the ‘Consell de Cent’ in the event of an attack. The Poor Clare Nuns, the female branch of the Franciscan order continued to live in the old quarters of the monastery until 1983, at which point they moved to an adjacent building. 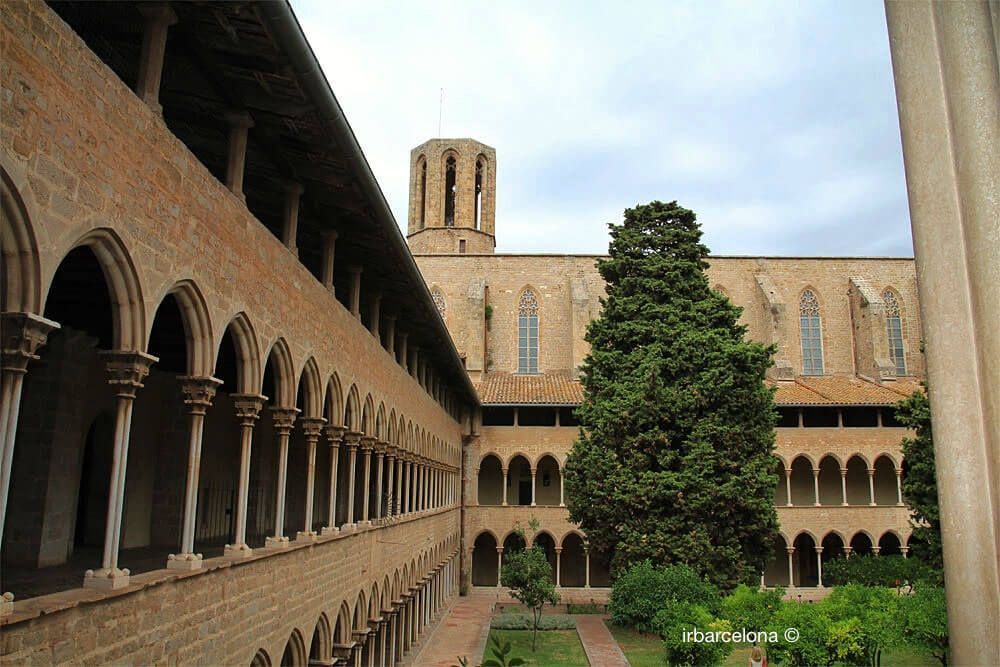 What can you visit within the monastery complex?

When you access the monastic complex via one of the two doors of the remaining medieval wall, it’s like immediately stepping back in time, several centuries into history. This feeling is made possible, due to the fact that everything is almost as it looked originally, with the medieval buildings as well as the paved floor of the enclosure, only spoilt by the occasional motorcycle or car parked within the grounds!

The part of the ‘Monestir de Pedralbes’ that has been converted into a museum is made up of the church itself, and the cloister, which are without doubt the most important and representative areas of the monastery.

In addition to the very interesting permanent exhibition, which focuses on the history and evolution of the monastery over the centuries, you will usually be able to see a temporary exhibition, which will add further interest to your visit. At certain times, and through advance reservation only, the monastery provides guided tours in Catalan and Spanish (ask for other languages), which is without doubt the best way to find out all the details and stories hidden within the ‘Monestir de Pedralbes’.

Consisting of a single nave, the first thing that you notice upon approaching the church is the simplicity of its construction, as well as its Bell Tower, which is octagonal in shape. As soon as you enter the building itself, your first impressions will remain with you, since it lacks the grandeur of many other Gothic churches. 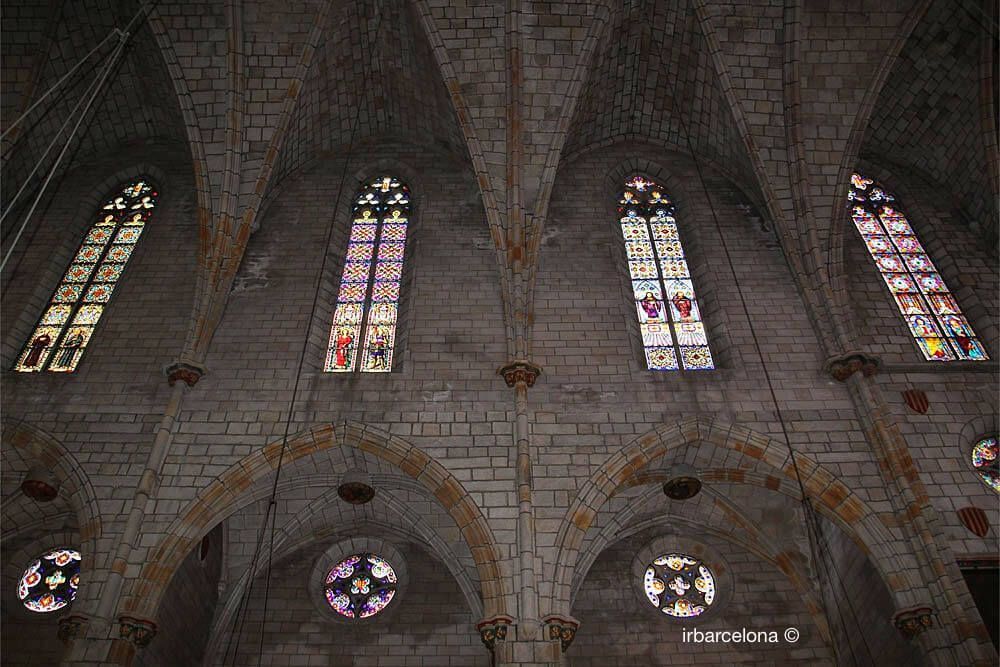 What to look out for during your visit to the church

The stained glass
The set of stained-glass windows in the church stands out, as they have been perfectly restored and are made of the highest quality materials. They are some of the best examples of Gothic stained glass that you will find in Catalunya.

The Choirs
The church has a total of three choirs: the high choir, the low choir and a third choir that is located in the centre of the nave, which was used by the friars.

The Tomb of Queen Elisenda Montcada
The most striking feature of the tomb of Elisenda Montcada is that it’s double-sided, depicting the Queen in two guises – as Queen, looking towards the interior of the church, and as a widow and Poor Clare Nun, looking to the cloister.

With dimensions of around 40m x 40m and three floors, the cloister of the Monastery of Pedralbes is the largest in the world. As well as taking a good look round the outside, you’re also able to enter the internal areas, including the Chapter House, the kitchen, the wine cellar, the dormitory, the infirmary and the refectory – the vast room where the nuns ate. All this gives you a wonderful insight into the day-to-day life of the nuns in an authentic medieval monastery. 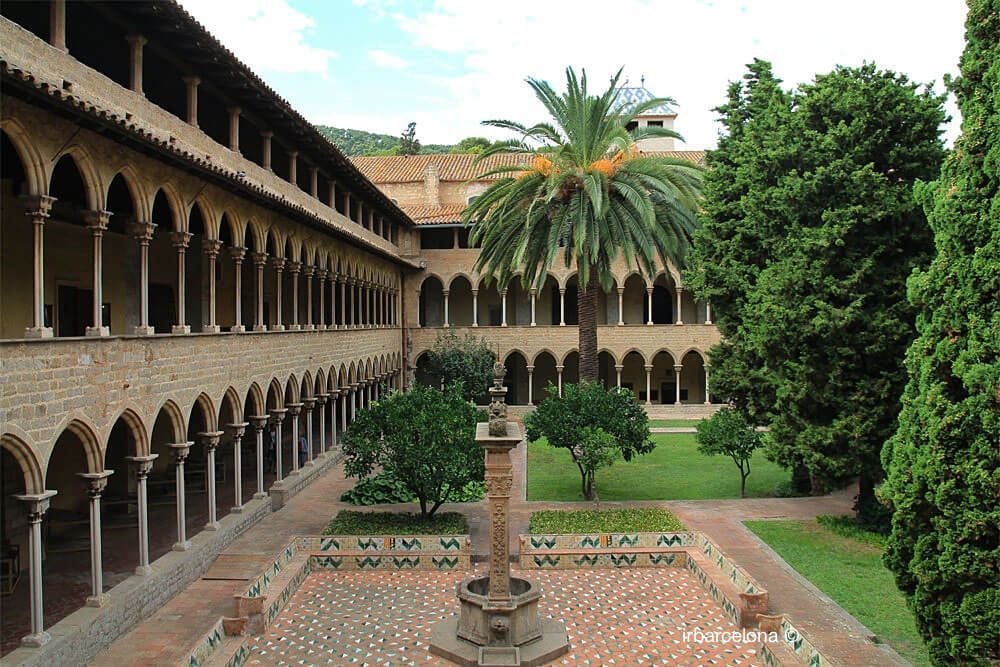 What to look out for during your visit to the cloister

Chapel of San Miguel
The living room, which was originally the private chapel of the Abbess of the monastery, is ornately decorated with beautiful wall paintings, painted by the famous artist of the time, Ferrer Bassa, and these show the clear influence the Italian artist Giotto had on his work.

The Day Cells
During your tour of the cloister, you will see the tiny day cells where the nuns retreated for prayer and reflection.

The Dormitory
The room that was originally the nuns’ bedroom now houses some of the most important treasures of the monastery, including works of art, many chests of drawers that are several centuries old and a collection of liturgical objects amongst others.

The Medicinal Garden
When you come out of the cloister, the garden that runs alongside it will catch your eye. It is a recreation of the medicinal garden, which was common in monasteries at the time, and it served to cure any conditions the nuns may have had, as well as being used for research. There’s a small exhibition dedicated to the garden in one of the rooms within the monastery.

Other buildings within the compound

Of all the other sites within the complex, one building stands out, the ‘Conventet de Pedralbes’ (small convent) which is separate from the monastery but just opposite, and in its day it served as the residence of a number of Franciscan friars whose mission it was to look after the nuns, as well as acting as spiritual guides. In 1920 the ‘Conventet’ was renovated by the Catalan architect Enric Sagnier i Villavechia, using Romanesque remains that originated in the church of Santa Maria de Besalú de Girona. The building is currently owned by the Godia family, and is not open to the public.

AN INTERESTING FACT
Even today, the tradition of offering eggs to Santa Clara in order to prevent rain on special days such as weddings or communions is still very much alive. In handing over the eggs to the Poor Clare Nuns, the following phrase should be recited: “Santa Clara i Sant Pujol, feu bona escombrada a aquesta nuvolada que tapa el sol” – which translates as “Saint Clara and Saint Pujol, sweep away these clouds that cover the sun”. 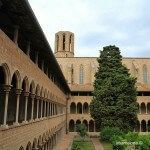 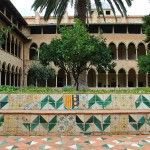 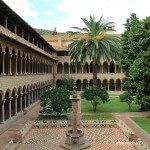 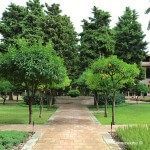 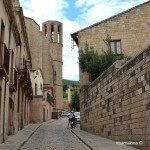 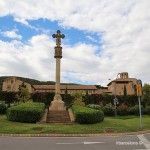 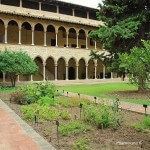 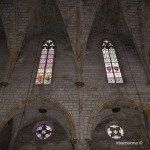 Concessions: 3.50€ for students under-30s, senior citizens over the age of 65, holders of the ‘tarjeta rosa reducida’, registered single-parent families and accredited large families (ask about other discounts), accredited persons at unemployment, retirees and with the BCN Card Express.

Free entry: for under-16s, holders of the ‘tarjeta rosa gratuita’, members of ICOM (the International Council of Museums), holders of the Barcelona Card, museological associations, tourist guides, BCN Cultural, accredited journalists, a companion accompanying a visitor with a registered disability, and accredited teachers. The museum is free to all on the first Sunday of each month throughout the day, and every other Sunday from 15:00.

Guided visits: In Spanish and Catalan (ask for other languages), guided tours can be arranged by email: reservesmonestirpedralbes@bcn.cat.