The Three kings day, in spanish Día de los Reyes Magos, is one of the most celebrated festivals in Barcelona, just as in the rest of Spain. In spite of the fact that the ‘Reyes Magos’ (The Three Wise Men) are said to bring presents for the whole family, it’s the children who are at the centre of attention on this day, so they look forward to it more than anyone!

All about the Three Kings Day tradition

Although the holiday itself is on 6th January, (the epiphany day, which is the day on which children open their presents, a large focus of the festival is on the evening of 5th January, the day on which the Three Wise Men arrive in Barcelona (and in other cities in Spain and throughout the world) after a long journey from the Far East on their camels, and when they are welcomed in the streets by the city’s excited children. After a few words of welcome by the city’s officials, the ‘Cabalgata de Reyes’ (Three Kings Parade), or ‘Procession of the Kings’ takes place, during which the Three Wise Men parade through the streets of Barcelona on regal floats, throwing gifts and sweets to the children. 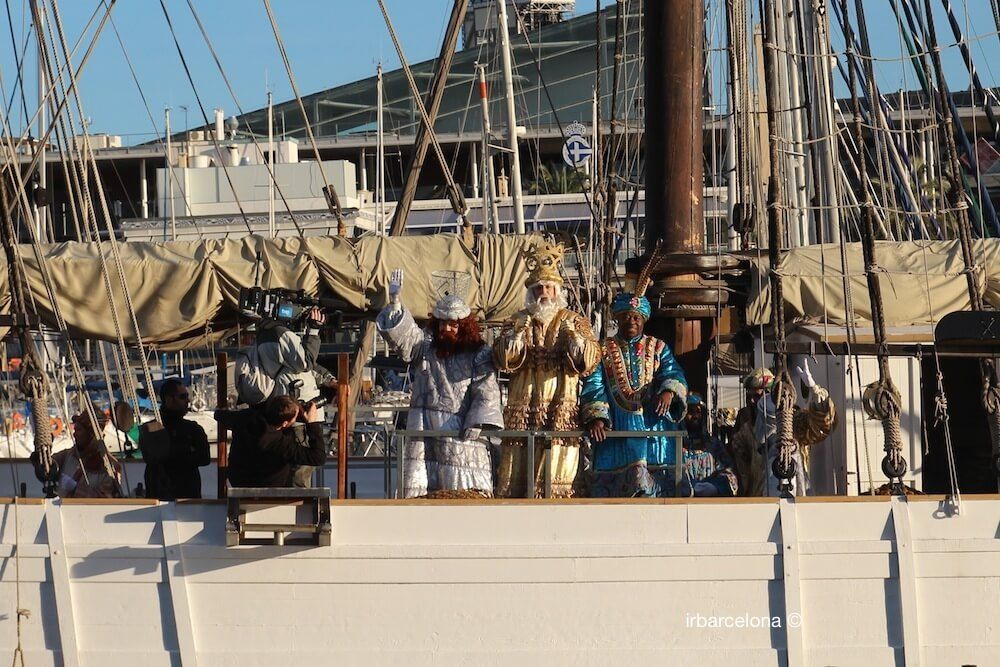 Every family lunch at Epiphany, whether in Barcelona or in the rest of Spain, finishes with the Roscón de Reyes, which is a round dessert made from a cake mix that is very similar to a sponge cake, on which crystallized fruit is added. Surprises are hidden inside it, one of them good and one not so good! The good surprise is a figurine, normally that of one of the Three Kings, and the lucky person who finds the figurine is presented with the King’s Crown that comes with the Roscón. The bad surprise is in the form of a bean, and the person who has it in their slice traditionally has to pay for the Roscón.

El Día de Reyes has its origin in the Catholic faith, and over the years it’s been the subject of many modifications, including that of the name of “Los 3 Reyes Magos de Oriente” (The Three Wise Men of the East).

Who were the three wise men?

Melchor (Melchior): the king with white hair and a long beard.
Gaspar (Caspar): the blond or red-haired king.
Baltasar (Balthazar): the black king, who is usually the children’s favourite. 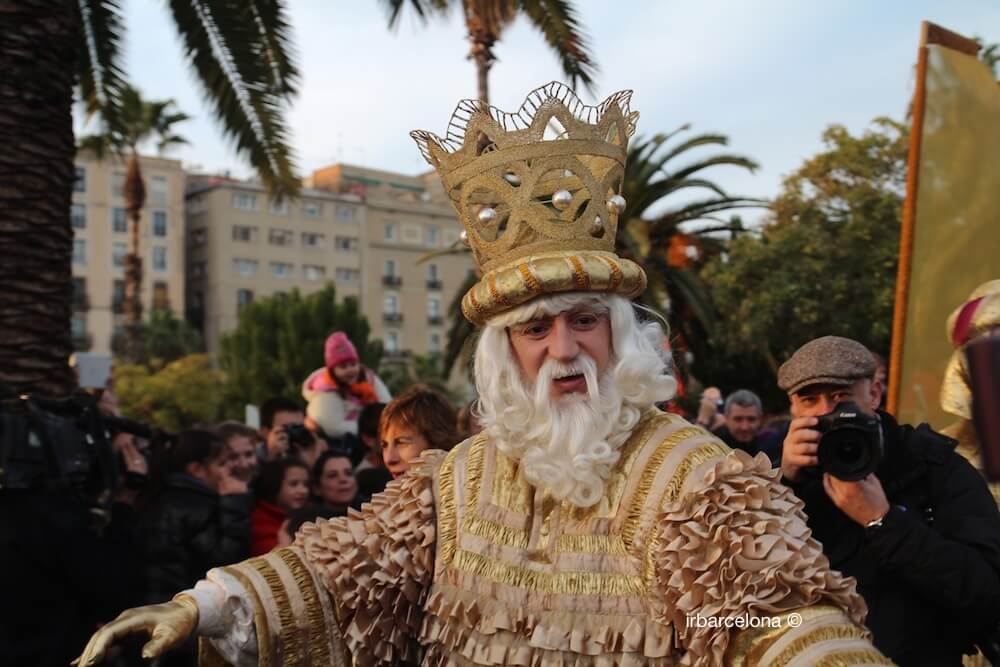 Arriving in Jerusalem from the Far East to worship the recently born baby Jesus, each king bore gifts (gold, frankincense and myrrh). Today the Wise Men continue to visit the children, young, and not so young, of Barcelona and throughout Spain, bringing them gifts if they have behaved well throughout the past year. Before Christmas the children will have written a letter, containing a list of the presents that they would like, and will have sent it to the royal pages, who in turn will have passed the requests on their Majesties! When the Procession of the Kings finishes, the children return home and put out water for the Kings’ camels, and something to eat for the Kings themselves. They then go to bed early, being told that if they don’t, the Kings won’t deliver gifts to their houses. The magical night of 5th January is without a doubt one of the longest in the year for the children, who can hardly sleep in anticipation of the next day.

Although the timetable and route has gone through various changes throughout La Cabalgata’s (Three Kings Parade) history, in recent years its starting point, as well as the roads through which it passes, have remained just about the same. 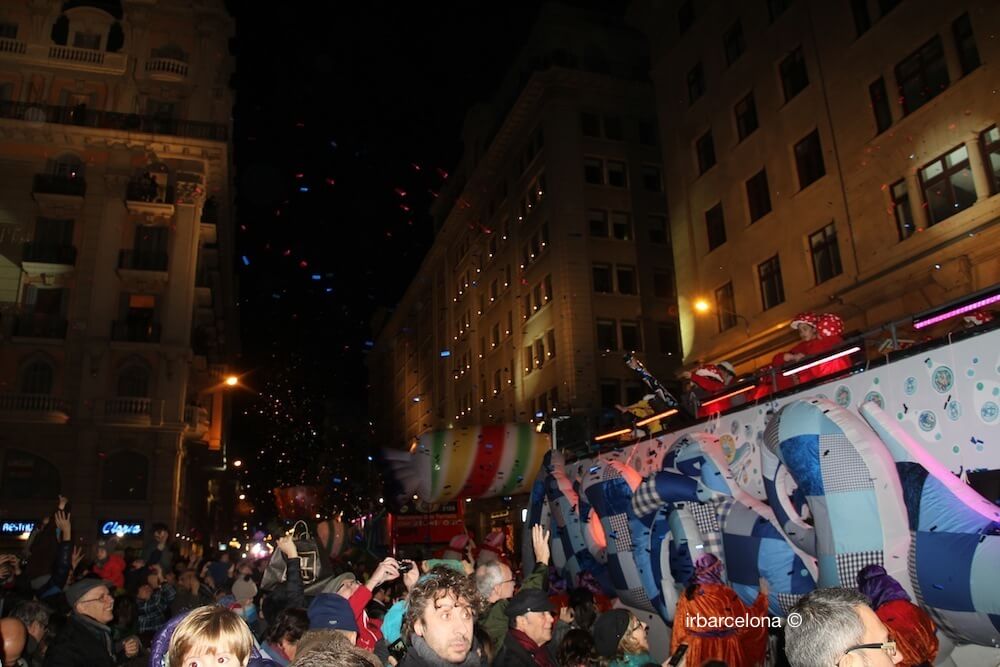 The arrival of the Wise Men in Barcelona usually takes place on a boat, at around 4:pm, arriving at Port Vell, where they are greeted by the city’s Mayor. After saying a few words to the children who have come to welcome the Wise Men, the Cabalgata procession starts (at around 6pm), during which they parade through the city, greeting the children who have been lining the streets, eagerly awaiting their arrival. The floats are highly decorated and music is played throughout the journey, while sweets are thrown to everyone. The tour lasts around three hours, finishing at around 9:30pm at the junction of Avinguda Rius i Taulet and Avinguda Maria Cristina, next to the Magic Fountain of Montjuïc. 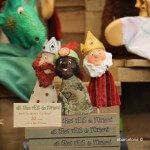 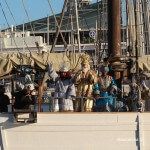 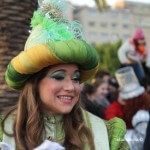 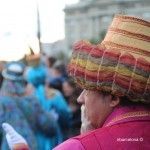 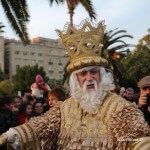 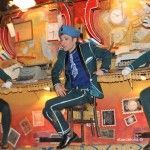 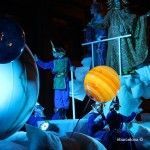 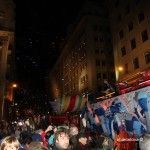 Map of the Three Kings Parade in Barcelona 2020